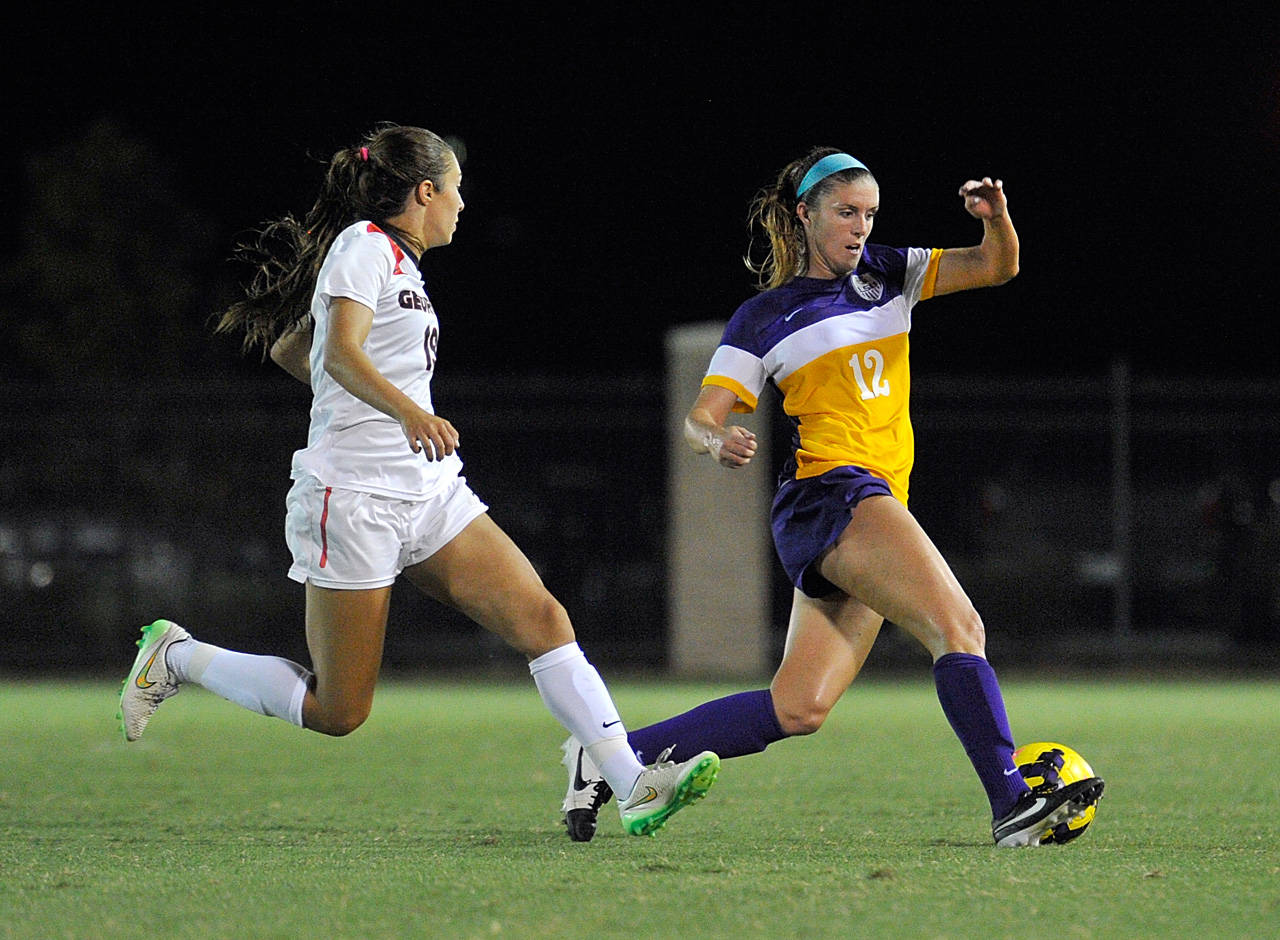 AUBURN, Ala. – Senior Heather Magee opened the scoring for the Tigers in the 11th minute and sophomore Jorian Baucom leveled the match from the penalty spot in the 86th minute to force extra time, but that was not enough as 24th-ranked LSU fell to 13th-ranked Auburn in double overtime, 3-2, on Friday night at the Auburn Soccer Complex.

The Tigers (7-2-2, 1-2 SEC) saw their three-game winning streak snapped on The Plains while falling to Auburn (9-1, 2-1) for the sixth time on the spin as they returned to SEC play on Friday night.

“I thought we fought hard tonight and showed great character to come back and force extra time, but the result just didn’t go our way in the end,” said LSU head coach Brian Lee. “We’ve played with that togetherness this season where we’ve come from behind in matches, so I’m proud of our players tonight for continuing to fight. We’ll look forward to the opportunity to bounce back quickly on Sunday.”

Magee turned LSU’s early pressure into the opening goal of the match when she lobbed home from just outside the box for her first goal of the season to give the Tigers a 1-0 lead in the 11th minute of play.

Junior striker Summer Clarke led the charge down the right side and played a pass across the top of the box to Magee alone down the left side. Magee caught Auburn goalkeeper Sarah Le Beau a bit off of her line with a chip shot inside the right post to open her account with the breakthrough goal on the night. Magee found the net for the first time in two seasons with the fifth goal of her career.

Auburn later found itself on the front foot as the clock ticked into the final minutes of the first half, and that pressure was rewarded with the equalizing strike in the 40th minute when Ramsier latched onto a corner kick from Charlotte Van Ishoven and fired home from near the penalty spot to draw the home side level with her fifth goal of the season.

Auburn carried its momentum into the second half when Taylor Troutman found the scoresheet with her second goal of the season on 64 minutes as she rolled home Ramsier’s layoff inside the box to give her side the lead while taking a 2-1 advantage in the final half hour at the 63:01 mark. Defender Kala Faulkner played the initial ball into the box from a free kick near midfield.

But the Tigers battled back to force extra time when Baucom dispatched a penalty at the 85:35 mark for her 11th goal of the season after Clarke was fouled by an Auburn defender just inside the top of the box.

Neither side could find a winner in the first 10-minute extra time period, but Ramsier secured the points for Auburn just 2 minutes, 22 seconds after kickoff in the second extra time with her second goal of the contest. The Tigers defended Faulkner’s initial free kick into the box, but Ramsier redirected Hannah Alspach’s return ball inside the left post for the Golden Goal in a 3-2 victory.

Friday’s result at Auburn matched LSU’s last defeat when they also fell by a 3-2 margin in two extra time periods on the road at Alabama in their conference opener back on Sept. 11. They followed that disappointment with a run of three home wins on the bounce with a 1-0 win over 15th-ranked Duke on Sept. 13, a 4-3 comeback win over Georgia on Sept. 17 and a 5-1 victory over Marquette this past Sunday afternoon.

The Tigers will continue their SEC road swing this weekend on Sunday afternoon as they travel to Oxford, Mississippi, to take on the Ole Miss Rebels on Sunday night at the Ole Miss Soccer Stadium with kickoff set for 7 p.m. CT on the SEC Network+. They return home next weekend to play host to the Vanderbilt Commodores on Friday, Oct. 2, with kickoff set for 7 p.m. CT.