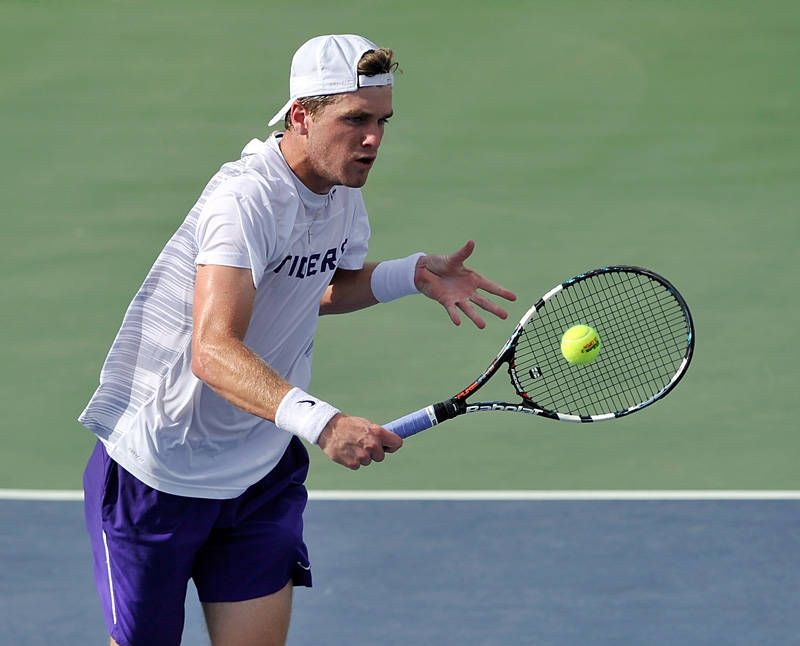 LAFAYETTE, La. – Friday, the LSU’s Men’s Tennis team scored notable victories as they competed in the second round of the Cajun Classic hosted by the University of Louisiana at Lafayette.

In the second day of the tournament, the Tigers picked up three wins against top 100 opponents, two in singles and one in doubles.

LSU also played in a bonus match, separate from the tournament bracket and accumulated a win for Simon Freund over No. 104, Nick Wood.

The Tigers’ day got started with two singles wins. LSU’s Justin Butsch defeated No. 50 Alex Ghilea of Oklahoma in two sets, 7-5, 6-3. For Jordan Daigle, his 7-5 victory in the first set over USC’s No. 61 Max de Vroome carried him through the second set to win the match 6-4.

The duo of Freund/Butsch debuted for LSU in the start of doubles play Friday. After beating out host ULL’s pair, Eric Perez and Jake Wynan, 6-4, 6-3, the team got a victory over Oklahoma State’s Kadhe/Cash duo in three sets with a score of 1-6, 6-4, 10-5.

“They’re all starting at a high level of play early in the season, which is a very good thing. In doubles, it’s nice to see a new combination and pick up a couple of wins and a ranked win against the Oklahoma State team. I look forward to tomorrow’s Semifinals and to see what we can do.”

LSU will begin play Saturday in the Singles Semifinals at 12:00 p.m. followed by doubles at 2:30.