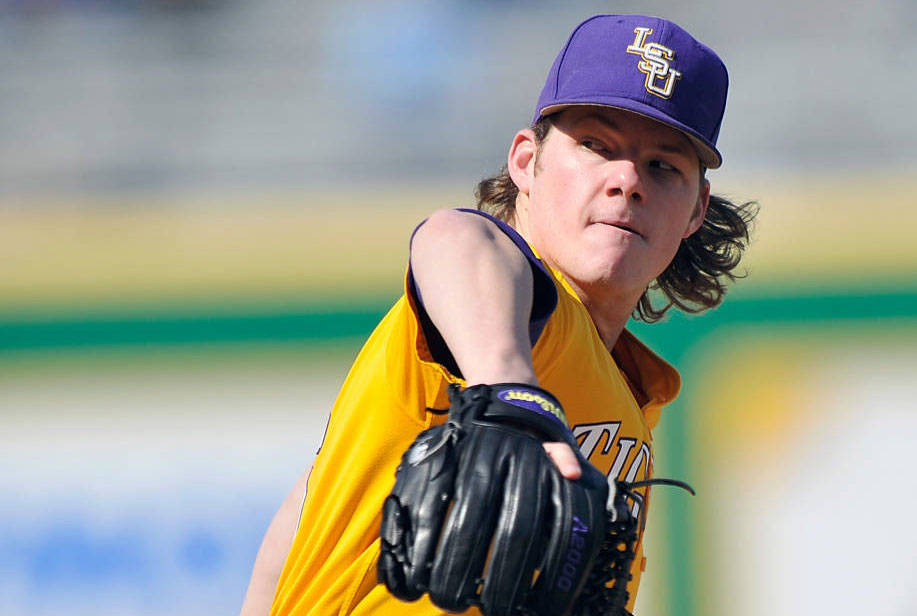 The fall practice session continues through November 9. All workouts in Alex Box Stadium, Skip Bertman Field are free and open to the public.

The Tigers have engaged for the last month in strength and conditioning drills and individual workouts on the field. The 2016 season begins on February 19, when the Tigers play host to Cincinnati in Alex Box Stadium, Skip Bertman Field.

The LSU roster includes 19 lettermen from the 2015 club, including five position players with starting experience and 13 pitchers that recorded innings last season. The Tigers, however, must replace eight of nine everyday starters from last season’s batting order.

The LSU veterans are complemented by a talented class of 16 newcomers, including 10 position players, five pitchers and one two-way player. The incoming class was rated No. 7 in the nation earlier this week in the annual Collegiate Baseball recruiting rankings.

“I don’t think I’ve ever been this excited over a fall practice,” said 2015 National Coach of the Year Paul Mainieri, who directed LSU last season to the SEC title and a College World Series berth. “There are so many questions marks and so much teaching because of the new players. To see them compete against each other and see how the pieces fit together will be a lot of fun.”

The pitching staff is led by sophomore right-hander Alex Lange, the 2015 National Freshman Pitcher of the Year who last season posted a 12-0 mark with a 1.97 ERA and 131 strikeouts in 114 innings. Junior left-hander Jared Poche’, who was 9-2 last season with a 3.05 ERA, combines with Lange to give LSU the best returning 1-2 starting combination in the Southeastern Conference. Lange and Poche’ have a combined 30 career victories entering the 2016 season.

“With guys like Alex Lange and Jared Poche’, along with our other veterans and new pitchers,” Mainieri said, “we have a very formidable pitching staff going into 2016. The main focus this fall is going to be putting together a lineup. With Jake Fraley being the only position player returning to the starting lineup from 2015, we have our work cut out for us. There’s going to be a lot of competition, which I think is good. I think it brings out the best in you.”