Tennis Picks up Six Wins in Day 1 at Cajun Classic 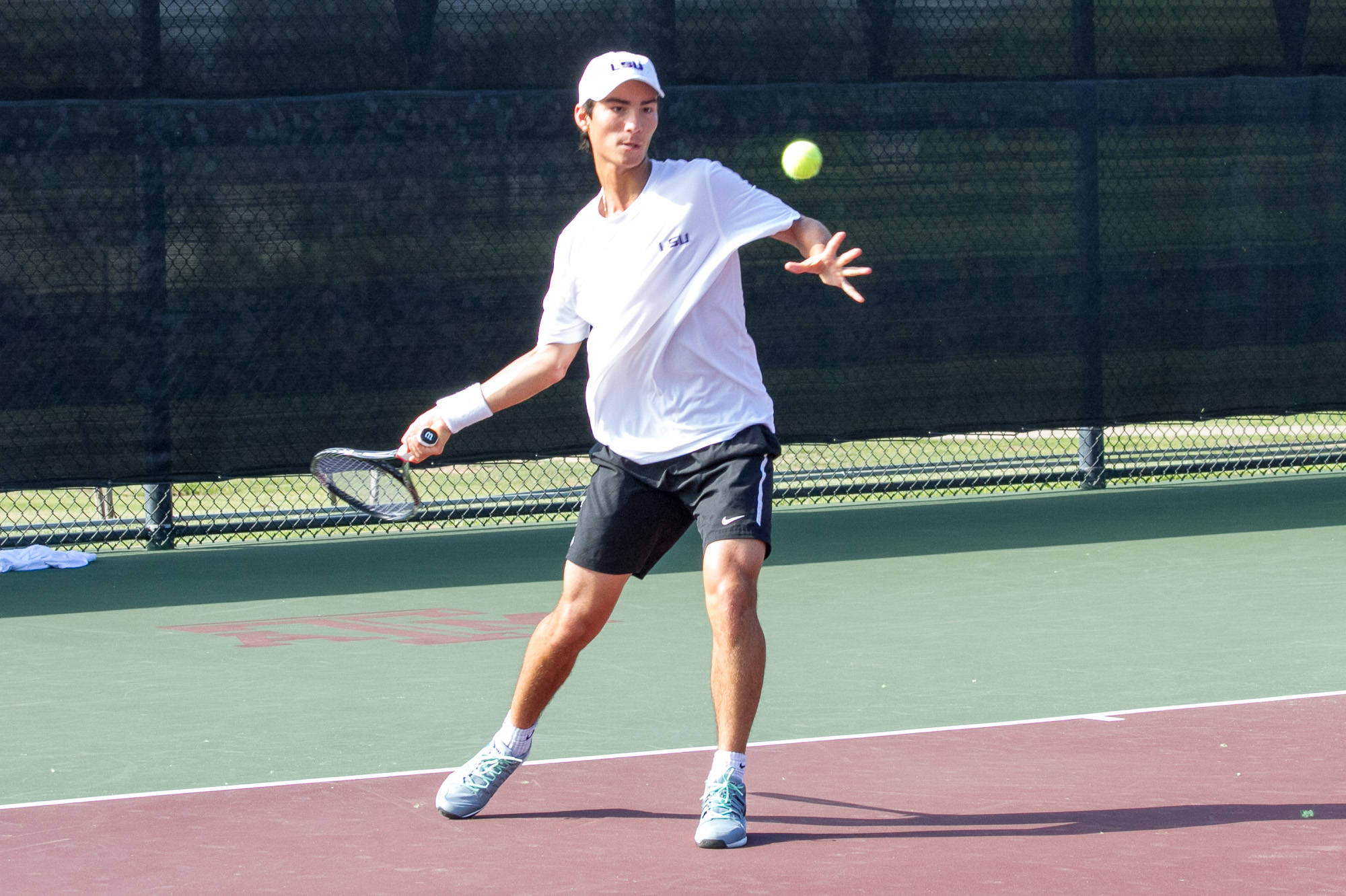 Lafayette, La. – Four representatives from the LSU men’s tennis team played in the opening day of the Cajun Classic Thursday, hosted by the University of Louisiana at Lafayette. All four Tigers accumulated wins in the first round.

Senior Boris Arias, after coming off a weekend in Malibu at the Oracle/ITA Masters event along side partner Jordan Daigle, faced Oklahoma’s Spencer Papa in his first singles match of the fall. Losing the first set 4-6, Arias turned it around in the second winning 6-4 following with a third set win of 7-6.

Justin Butsch and Simon Freund got a start to the fall season in the Cajun Classic, both coming out the first round of singles play with wins.

LSU’s Jordan Daigle, a Lafayette native, is ranked the 3rd highest singles competitor in the tournament. His victory over Ole Miss’s Grey Hamilton, a conference opponent, sent him into the second round to collect a win over Oklahoma’s Austin Siegel, 6-3, 6-3.

Sophomore Simon Freund got passed the first round against OU’s Florin Bragusi (No. 106) with a score of 4-6, 7-5, 6-3. Both Freund and Arias battled through the round of 16, just falling short.

“We had several big wins today the guys competed great,” Head Coach Jeff Brown said. “Jordan and Justin are in the quarters and Boris and Simon had significant wins over players that played for Oklahoma in last year’s NCAA Finals match.”

Friday, the team will have Jordan Daigle and Justin Butsch competing in the single’s quarterfinals at 12 p.m. as well as the start of doubles play for the tournament at 2:30 p.m.

Duo Arias/Daigle are the highest ranked pair in the Cajun Classic at No. 4 with the next highest partnership between Kadhe/Cash from Oklahoma State ranked 14th.