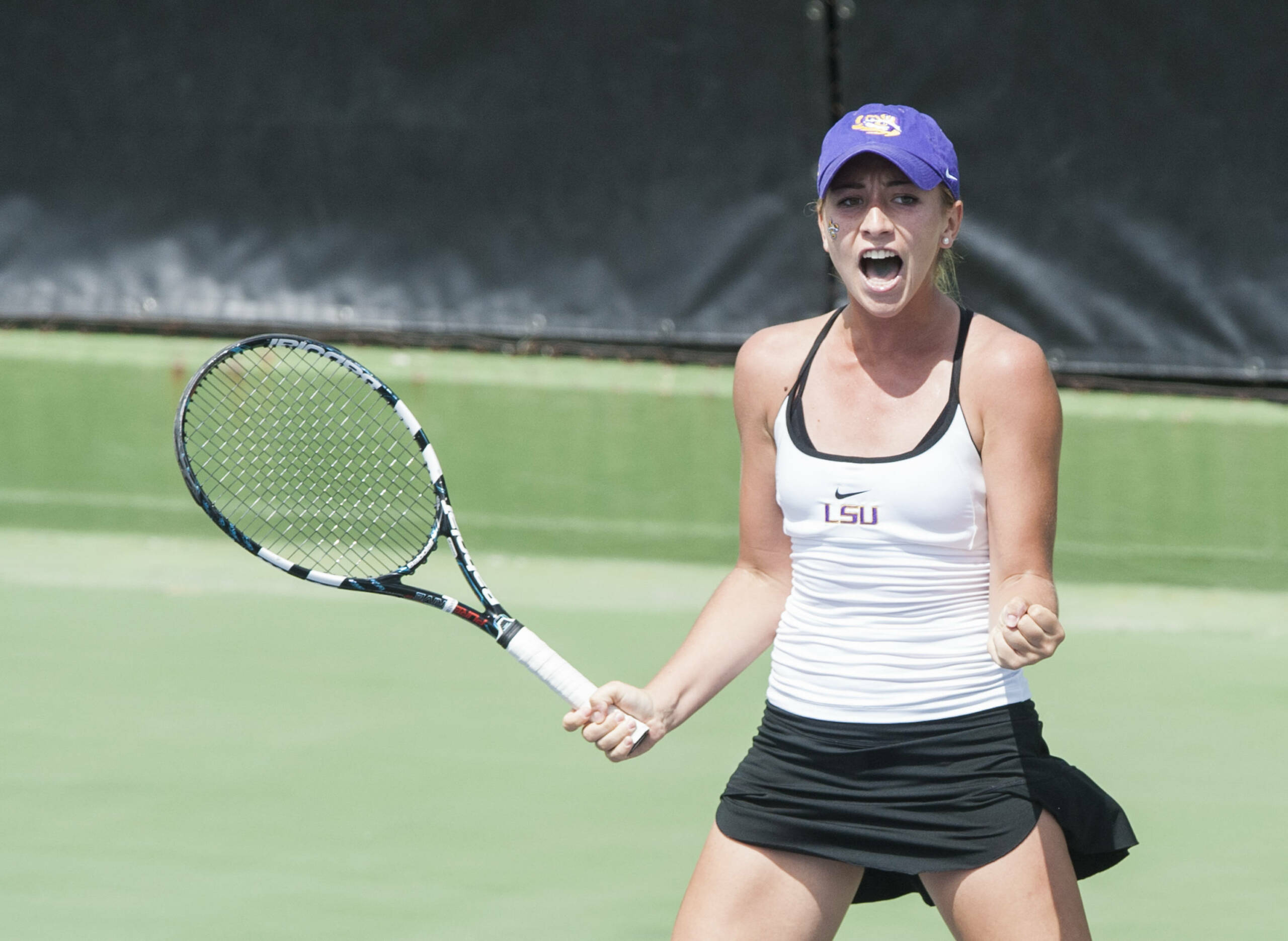 Evanston, Ill. — Five members of the LSU women’s tennis team are set to open the 2015 fall schedule at the Wildcat Invite September 25-27at Northwestern University.

“We’ve been practicing and now it’s time to go out and compete and see where we are,” co-head coach Julia Sell said. “I’m very excited to get everyone out there and have at it. All the girls are ready to play before heading out to All-Americans. It’s a good chance to get some matches under our belt before next weekend.

Kuykendall and Taylor begin their final year in Baton Rouge and look to carry the momentum from last season. Kuykendall became the 15th player in school history to reach the 30-win mark in a season and was named to the second-team All-SEC. Taylor tallied a career-best in wins last season and provided huge clinches against No. 21 Ole Miss and No. 35 Mississippi State.

Vale Costa is ranked 20th in the ITA preseason poll going into her junior season. The Lisbon, Portugal native led the Lady Tigers on court one last season with an overall record of 31-13. Vale Costa earned a bid to the NCAA Singles Championships and was named to the first-team All-SEC. Golovin is the highest ranked American recruit in school history and the second blue-chip recruit under Sell.

Results of this weekend’s tournaments will be available online on Twitter @lsuwten and @LSUJuliaSell, on Instagram @LSUWTen and on www.Facebook.com/lsuwten.