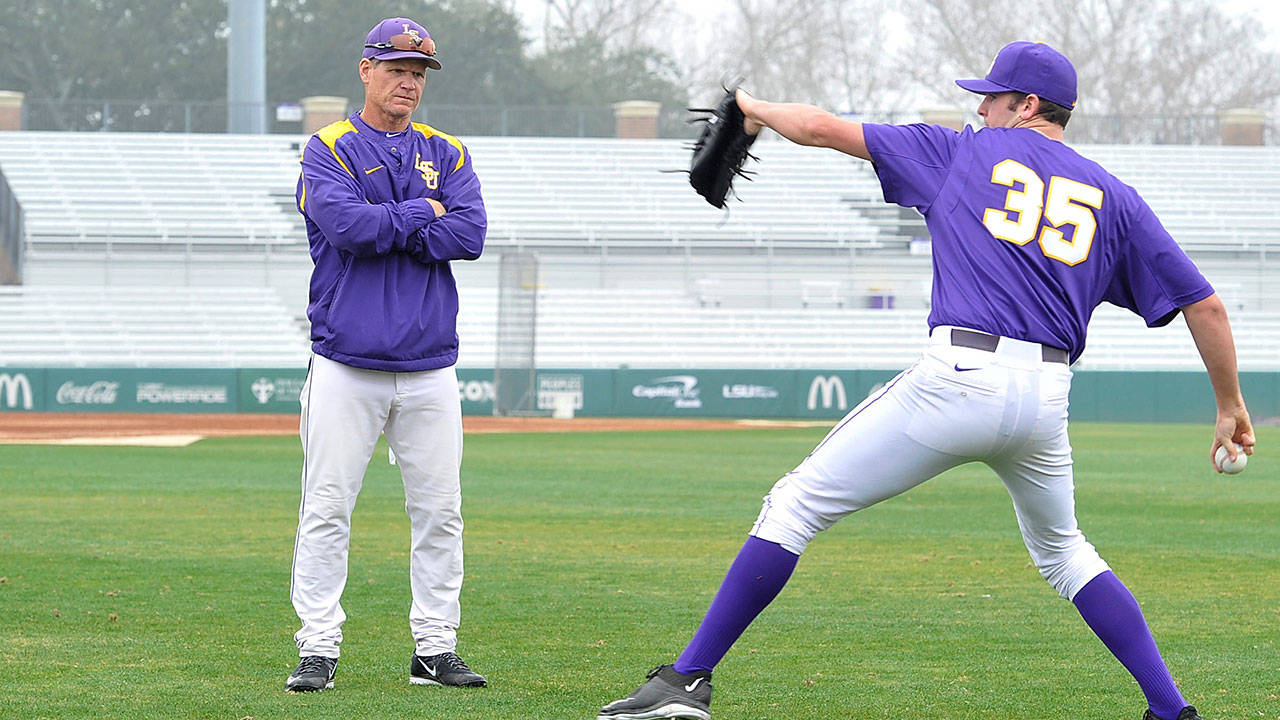 TUCSON, Ariz. — LSU pitching coach Alan Dunn was named Thursday as the 2015 National Pitching Coach of the Year by Collegiate Baseball newspaper. Dunn will receive the award in January at the American Baseball Coaches Association Convention in Nashville.

Dunn, LSU’s pitching coach for the past four seasons, directed a Fighting Tiger staff in 2015 that helped lead the team to the SEC championship and a berth in the College World Series. The staff, which was second in the SEC in ERA (2.98) and in opponent batting average (.230), was led by right-hander Alex Lange, the National Freshman Pitcher of the Year and the SEC Freshman of the Year.

Dunn becomes the third member of the 2015 LSU squad to receive a major national honor, joining Lange and head coach Paul Mainieri, who was named National Coach of the Year by the College Baseball Foundation and by the National Collegiate Baseball Writers Association.

“Alan Dunn has made an immeasurable impact on our program at LSU,” Mainieri said. “From the time he walked on to our campus and began working with our pitchers, it was clear there was going to be big, positive changes to the way our pitchers approached their jobs. He just has a way about him where he is demanding but very positive with the guys. They respond to him as well as any pitching coach I have ever seen.”

LSU has been an NCAA Tournament National Seed in each of the past four seasons – the only school to accomplish the feat – and the Tigers lead the nation in wins (204) in that span. Over the past four years, LSU has made two College World Series appearances and won three NCAA Regional championships, two SEC championships, three SEC Western Division titles and two SEC Tournament titles.

Dunn, the former minor league pitching coordinator for the Baltimore Orioles, came to LSU in the summer of 2011 with 22 years of experience as a pitching coach on the professional level. He has coached more than 25 pitchers that have advanced to Major League Baseball, including LSU All-American Aaron Nola – the 2014 National Pitcher of the Year and two-time SEC Pitcher of the Year – who is now working in the Philadelphia Phillies rotation.

LSU has had a consensus first-team All-American pitcher in each of Dunn’s four seasons (Gausman in 2012, Nola in 2013 and 2014, and Lange in 2015).  The Tigers have had 10 pitchers taken in the Major League Draft in the last four years, including two first-round draft choices (Gausman, Nola) and one second-round  selection (right-hander Ryan Eades).

“This is such a deserving award,” Mainieri said, “and I’m happy to see that he has been officially identified as what I have said about him time and time again, that he is the best pitching coach in America!”