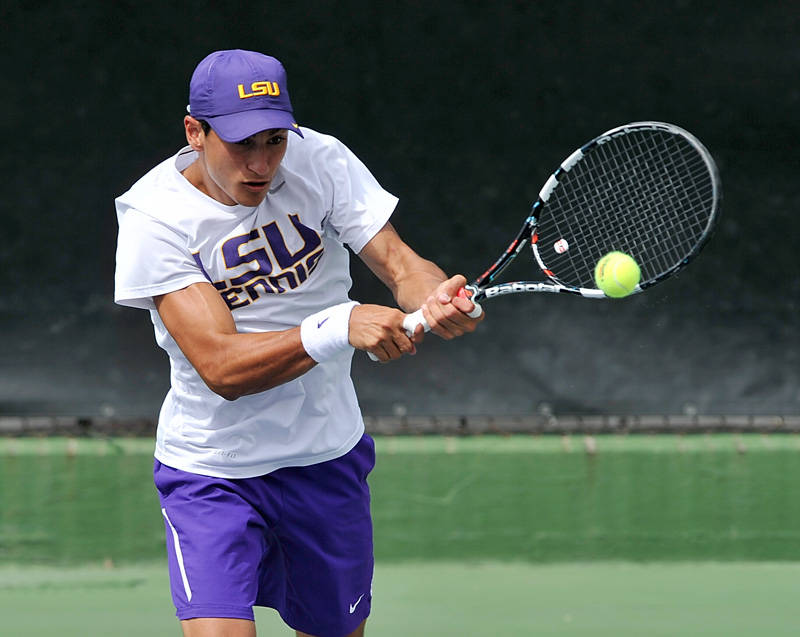 BATON ROUGE – The LSU men’s tennis team is set to play in the annual Cajun Classic tournament hosted by the University of Louisiana at Lafayette. The team will begin play Thursday and continue through Saturday.

LSU will have four players competing this weekend: Jordan Daigle, Boris Arias, Justin Butsch and Simon Freund. The tournament will host four of last year’s top-10 teams and will give LSU the opportunity to see two conference foes, Georgia and Ole Miss.

“We are very excited to play in the Cajun Classic,” LSU Assistant Coach Danny Bryan said. “It’s an opportunity for Simon Freund and Justin Butsch to start the fall. I know they’ve been working really hard. They are looking forward to compete and it’s a good chance for Jordan Daigle and Boris Arias to keep the momentum going from last weekend.”

All four LSU players will be competing in singles. Arias/Daigle and Butsch/Freund will pair off in doubles as well. The Tigers are excited to play close to home, in Lafayette, and hope to see fans out at the Cajun Courts.

Four of the top-50 singles players in the ITA/Oracle preseason polls will be competing in the tournament and LSU will have the highest ranking doubles pair with No. 4 Boris Arias and Jordan Daigle.