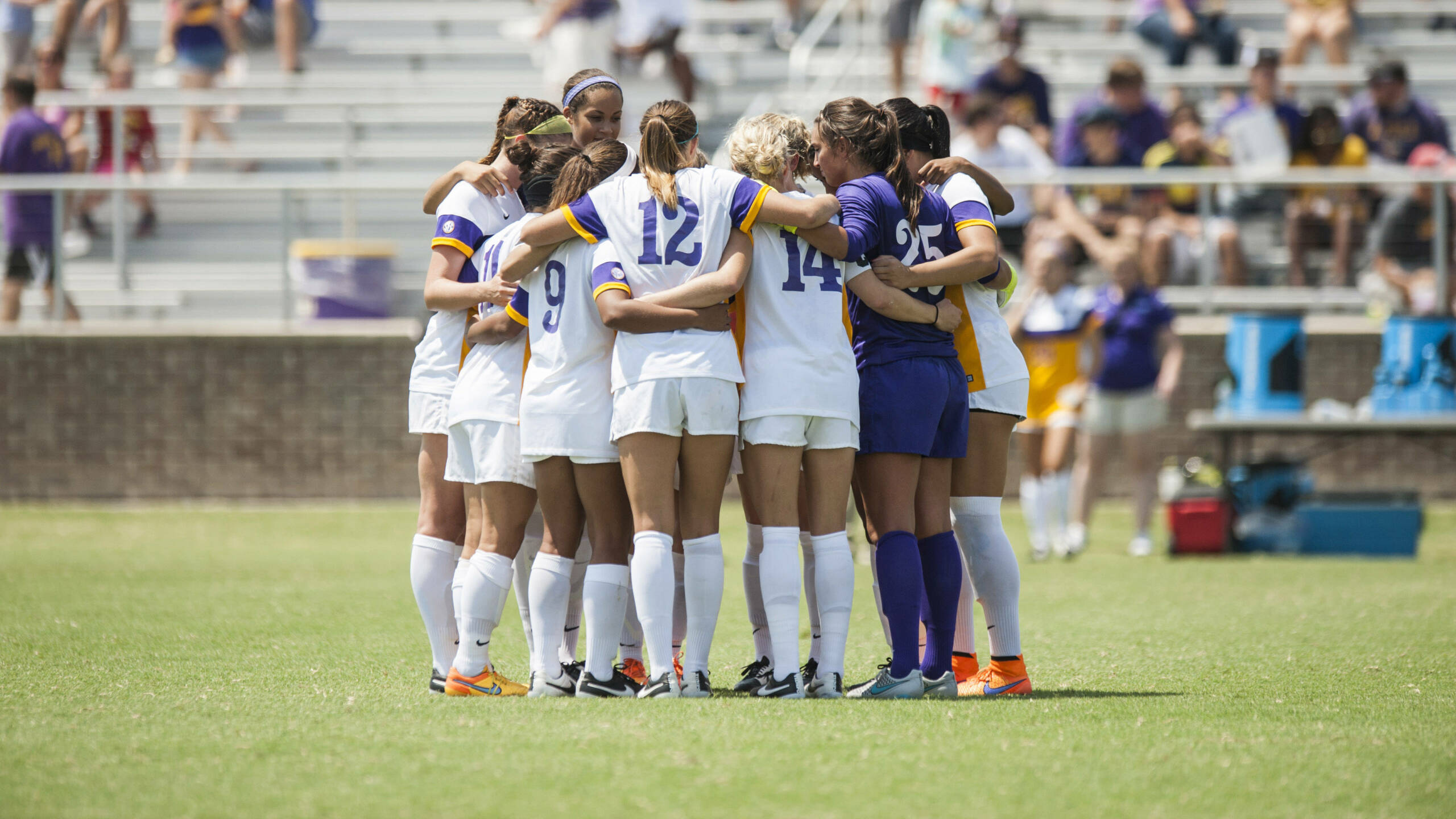 BATON ROUGE – The LSU Tigers are riding an impressive three-game winning streak and will take their No. 24 national ranking in the latest Soccer America Top 25 to Auburn, Alabama, on Friday night where they will battle 13th-ranked Auburn in a matchup of two nationally-ranked programs that is scheduled to kick off at 7 p.m. CT on the SEC Network+.

Fans will be able to watch the Tigers in action on Friday night using the SEC Network+ online digital platform at ESPN3.com and using the WatchESPN app available on all smartphones and tablet devices.

Fans unable to watch the game can also follow all the action on social media as they can receive live updates of the match between LSU and Auburn by following @LSUSoccer on Twitter at http://twitter.com/lsusoccer and Instagram at http://instagram.com/lsusoccer and by liking the LSU Soccer page on Facebook at http://facebook.com/lsusoccer.

The Tigers (7-1-2, 1-1 SEC) have returned to the national rankings for the first time in more than two years on the strength of their current three-game winning streak on their home field at the LSU Soccer Stadium that includes a 1-0 victory over then 15th-ranked Duke on Sept. 13, a 4-3 comeback win over Georgia for their first SEC win of 2015 on Sept. 17 and a 5-1 thrashing of Marquette last Sunday afternoon.

Auburn (8-1, 1-1) is also off to a flying start in the 2015 season while climbing as high as No. 13 nationally this week in the latest National Soccer Coaches Association of America Top 25 poll released on Tuesday. Auburn’s early-season success includes a perfect 5-0 record on its home field while outscoring opponents by an 11-1 margin in game played at the Auburn Soccer Complex in 2015.

LSU has faced Auburn more than any other Southeastern Conference opponent as the sides have met 24 times on the pitch in their history, including five meetings all-time at the SEC Tournament. The Tigers seek their first win in the series since Oct. 3, 2010, when they picked up a 2-1 home win in Baton Rouge, while they look to snap a current five-game losing skid since 2011.

Friday’s match will also feature two mid-season favorites to qualify for the NCAA Tournament as Auburn is No. 21 and LSU is No. 32 in the NCAA’s first Ratings Percentage Index released on Monday morning.

“We’re excited to get back into conference play after finishing our non-conference season last weekend, and we feel like we are as prepared as we can be to move forward this season,” said LSU head coach Brian Lee. “We’re looking forward to a great game between two ranked teams that should help shape the way the SEC table looks at the end of the season.”

LSU features the reigning SEC Defensive Player of the Week in senior Natalia Gomez-Junco as the defensive midfield specialist is coming off a weekend in which she scored two goals in a 4-3 come-from-behind victory over Georgia and serving up her SEC-leading seventh assist of the season in a 5-1 win over Marquette. Gomez-Junco, who was also selected to the TopDrawerSoccer.com Women’s National Team of the Week, netted the tying goal in the 69th minute and winning goal in the 79th minute against the Bulldogs.

The Tiger attack is also powered by the NCAA’s leading scoring combo in junior striker Summer Clarke and sophomore forward Jorian Baucom as they have combined to score 17 of the team’s 25 goals in 10 matches for the 2015 season. Baucom is tied as the SEC’s leading goal scorer as her career-high 10 goals in 10 games also ranks No. 2 in the NCAA this season, while Clarke has added seven goals on the campaign.

Auburn’s attack is led by sisters Brooke and Casie Ramsier as they have combined to score seven of their team’s 17 goals on the season. Casie Ramsier is Auburn’s leading goal scorer in 2015 with four goals to her name with her sister chipping in with three goals and four assists for a team-leading 10 points. Ellie Leek is also one of the SEC’s leading assist makers with a team-leading five assists in nine matches.

After battling Auburn on The Plains on Friday night, the Tigers will head to Oxford, Mississippi, where they will square off against the Ole Miss Rebels on Sunday night with kickoff set for 7 p.m. CT on the SEC Network+. They return home next weekend to play host to Vanderbilt on the night of Friday, Oct. 2, in a match that is set to kick off at 7 p.m. CT on the SEC Network+.