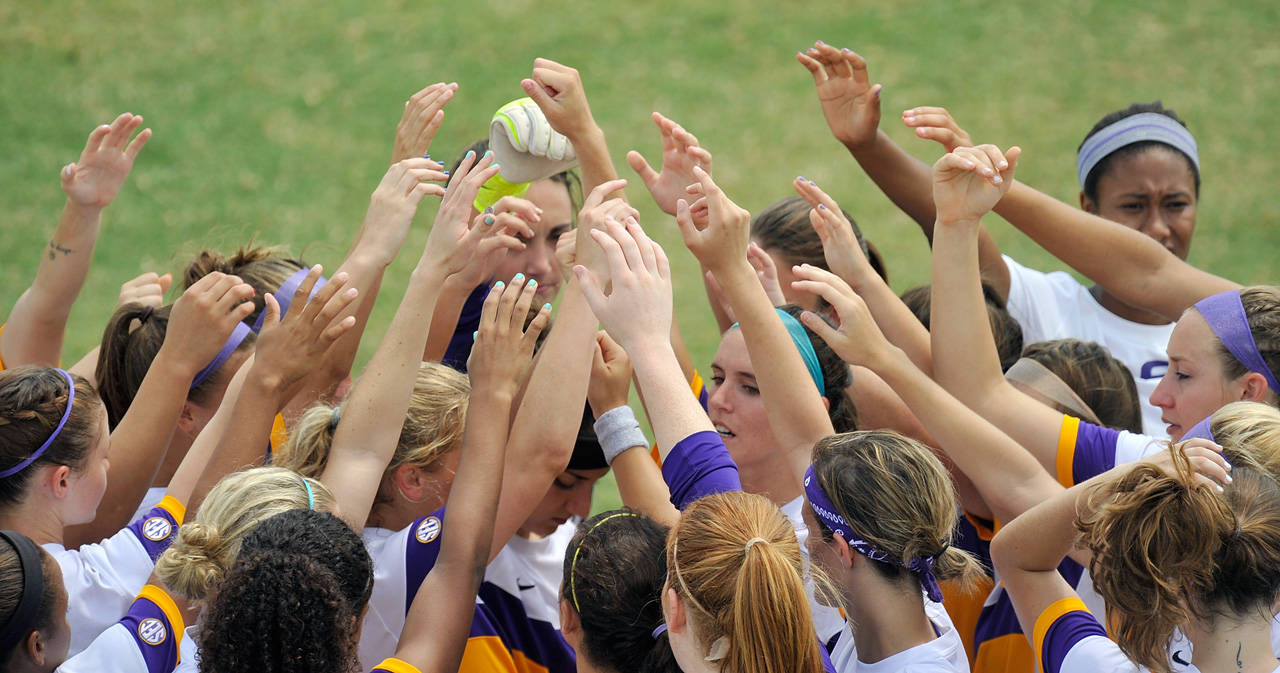 BATON ROUGE – For the fifth year in a row, members of the LSU Soccer team have been honored by the National Soccer Coaches Association of America for their outstanding academic performance with the NSCAA Team Academic Award while maintaining a 3.33 cumulative team grade-point average during the 2014-15 academic year.

The Tigers were also honored with the NSCAA Team Academic Award in each of the last four years since 2011, and have earned the award for the ninth time in program history.

The NSCAA announced Wednesday morning that a total of 859 college soccer programs have been honored as award recipients this year after posting a team GPA of 3.0 or higher during the past year. That includes 305 men’s programs and 554 women’s programs honored for their academic efforts in 2014-15.