by Will Stafford (@WillStaffordLSU)
TDS 91st Minute: College Goal of the Week +0 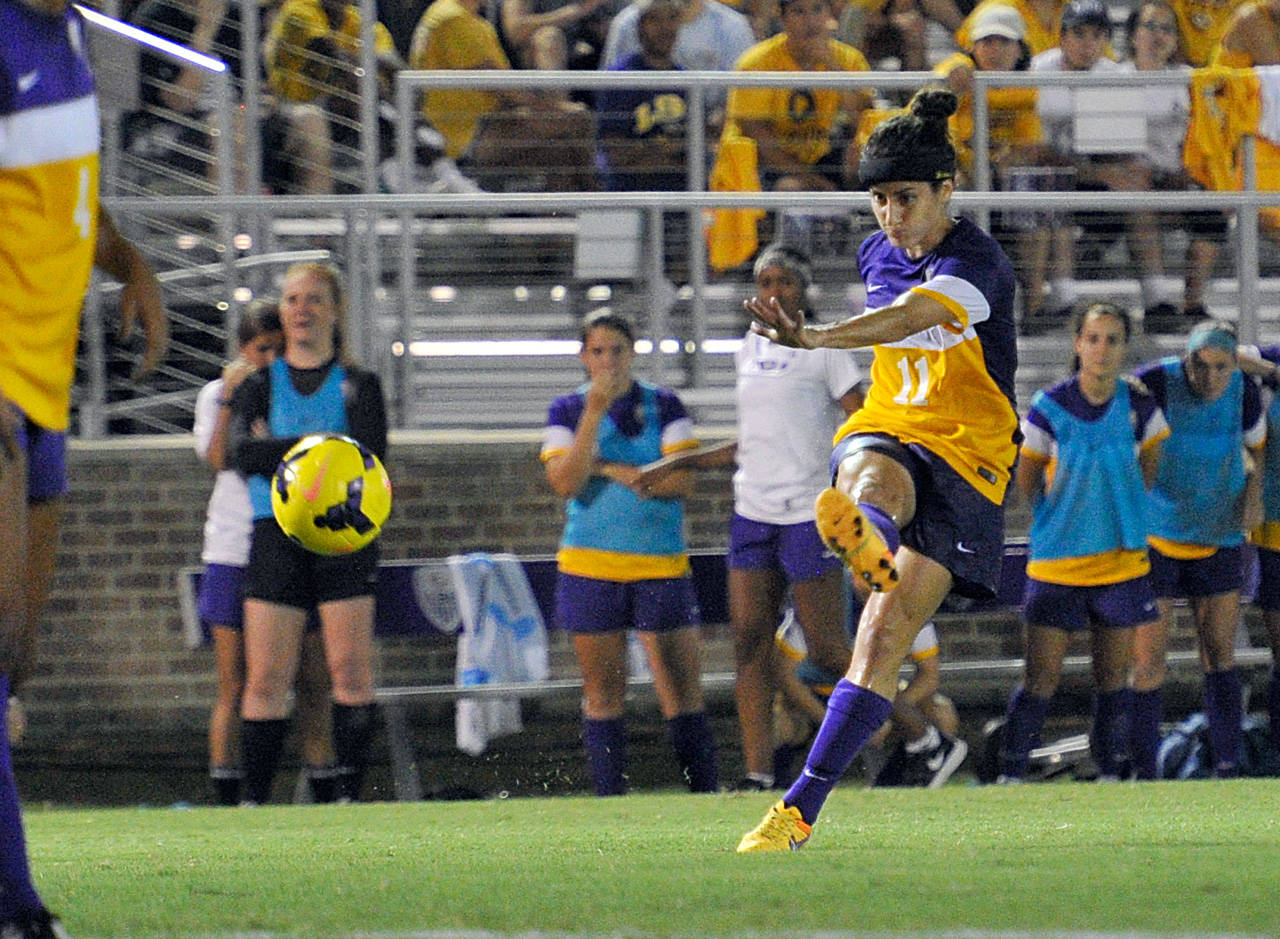 BATON ROUGE – Not  only was Natalia Gomez-Junco’s game-tying free kick in the second half against Georgia last Thursday night featured on ESPN SportsCenter’s Top Plays segment, but it was officially named the “College Goal of the Week” by TopDrawerSoccer.com on Wednesday afternoon following a two-day voting by the fans.

Gomez-Junco sparked the Tigers to their first SEC win of the season with a 4-3 comeback win over Georgia on Thursday as she scored her first two goals of the campaign with the equalizing goal on a 25-yard free kick in the 69th minute and the game-winning goal on a 20-yard half volley from the top of the box in the 79th minute after the Tigers trailed 3-1 in the first half.

With the match televised nationally on the SEC Network, her game-tying free kick from outside the box was featured as the No. 8 play of the day on ESPN SportsCenter’s Top Plays later that night.

It was then selected as one of the three contenders for the “College Goal of the Week” by TopDrawerSoccer.com in its weekly “91st Minute” feature on Monday. The online publication then opened up the voting for a winner as Gomez-Junco’s strike was nominated alongside Sam Kokoska’s winner against Portland for the Washington women and Napo Matsoso’s winner against Marshall for the Kentucky men over the weekend.

Fans were given two days to vote for their favorite goal scored across the college soccer landscape before balloting was closed at 2 p.m. CT on Wednesday afternoon. When the votes were counted, Gomez-Junco won in a landslide while picking up 79 percent of the total fan vote, receiving 2,694 votes out of the 3,404 votes cast over the two days of balloting.

Kokoska’s goal for the Huskies finished runner-up to Gomez-Junco with 19 percent (642 votes), while Matsoso’s goal for the Wildcats rounded out the voting in third place with 2 percent (68 votes).

Gomez-Junco, a defensive midfield specialist who also picked up her SEC-leading seventh assist of the season in LSU’s 5-1 win over Marquette on Sunday afternoon, has certainly been honored for her performance at the weekend with selections as the SEC Defensive Player of the Week and a member of the TopDrawerSoccer.com Women’s National Team of the Week earlier this week.