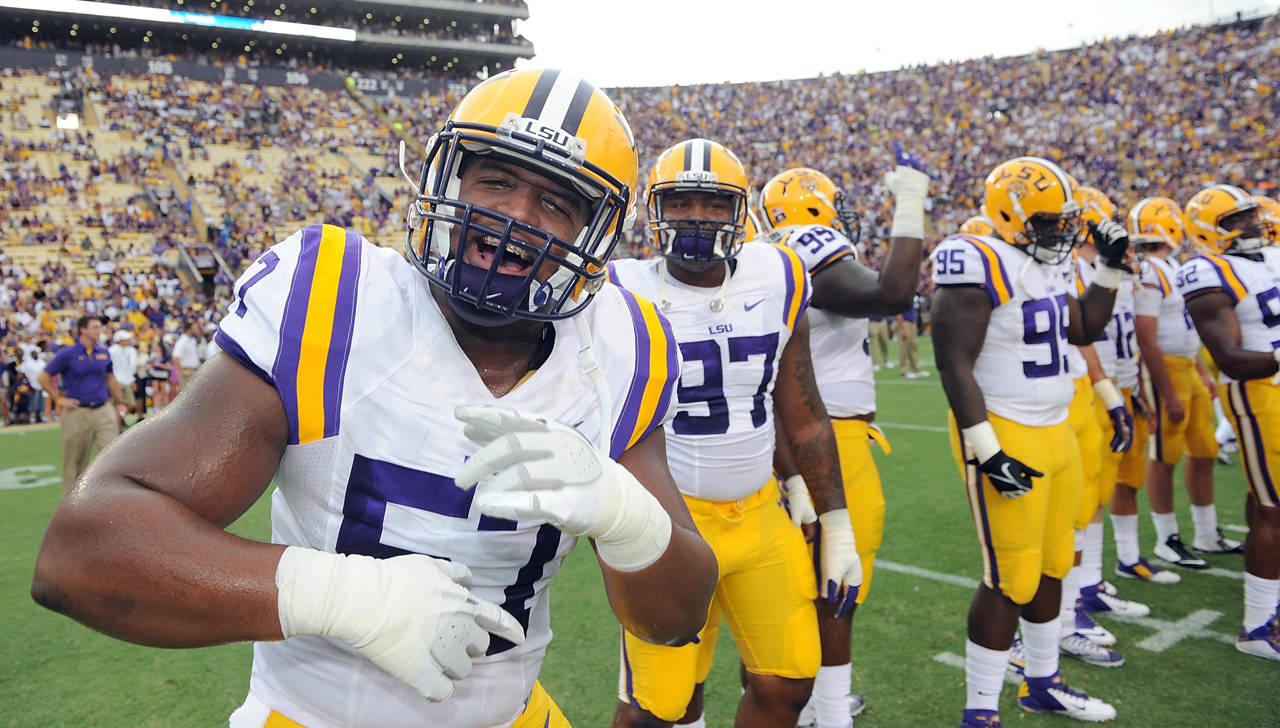 BATON ROUGE – Three weeks into the college football season and twice a state football player has earned honors on back-to-back weeks as LSU’s Leonard Fournette made it two straight weeks as Louisiana Offensive Player of the Week.

The award is chosen by a panel of Louisiana Sports Writers Association members based on nominations from state football school PR staffs.

Willie Quinn of Southern was named special team POW the first two weeks of selection as the only other back-to-back winner in 2015 to date.

Also named on Monday, Davon Godchaux of LSU was named the defensive player of the week and Jonathan Barnes of Louisiana Tech was the special team’s recipient.

Here are the capsules on the winners:

OFFENSE
LEONARD FOURNETTE – LSU – RB, Sophomore, New Orleans, La.
Rushed for a career-high 228 yards and tied a career-best with 3 rushing TDs in 19 carries in LSU’s 45-21 win over No. 18 Auburn … Opened game with a 71-yard run that set the tone for a contest that saw LSU rush for 411 yards, its second-highest total in a conference game … Scored on runs of 40, 29 and 1 yards in helping LSU build a 38-7 lead late in third quarter … All of his rushing yards came in three quarters of action as he was just 23 yards shy of breaking the school record despite sitting out the fourth quarter … Averaged 12.0 yards per carry, a school-record for a back with at least 15 attempts in a game … His 387 rushing yards is the most by an LSU player thru 2 games … Game also marked his 5th straight 100-yard game and seventh of career (LSU 6-1 in those games).

DEFENSE
DAVON GODCHAUX – LSU – DT, Sophomore, Plaquemine, La.
Leader on an LSU defense that limited Auburn to 260 total yards (160 rushing, 100 passing) … Had 4 tackles, 2.0 sacks for 5-yards in losses and batted down a pass in the 45-21 LSU win … His 2 sacks were a career-best and ran his season total to 3 … LSU held Auburn to just 3-of-10 on third-down conversions, forced two turnovers and sacked Auburn QB five times.