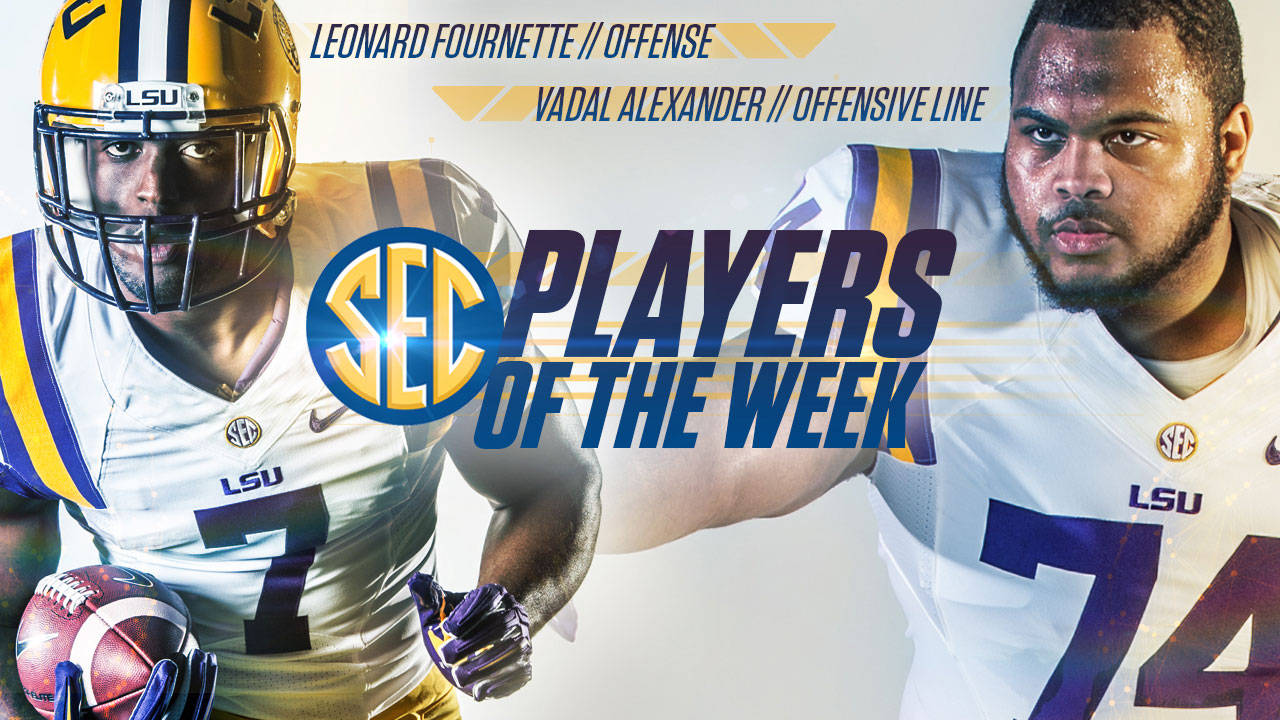 BATON ROUGE – For the second straight week, LSU running back Leonard Fournette has been recognized for his performance on the field as the sophomore was named SEC Co-Offensive Player of the Week for his play in the Tigers’ 45-21 win over Auburn on Saturday in Tiger Stadium.

Fournette shared the offensive player of the week award with Georgia quarterback Greyson Lambert, who completed 24-of-25 passes for 330 yards and three TDs in 52-20 win over South Carolina.

Fournette had arguably the most dominating performance ever for a LSU running back, rushing for a career-best 228 yard and three TDs in the 45-21 victory. Fournette averaged 12.0 yards per carry and scored on runs of 40, 29, and 1 yards.

Senior Vadal Alexander picked up a second straight SEC Offensive Lineman of the Week honor for LSU, joining center Ethan Pocic who claimed the award last week. Alexander, an offensive tackle from Buford, Ga., played every snap in the 45-21 win over Auburn, recording 13 knockdown blocks. He didn’t allow a sack or quarterback pressure as LSU averaged 8.6 yards on 48 carries.

Ed Ingram has seen it all. Being on top of the mountain, going undefeated and winning a national championship. But also the trials and tribulations of playing a football season in the midst of a pandemic. He’s been there every step of the way.
Skip To Main Content