Doubles Team Triumphs Over No. 1 Bulldogs 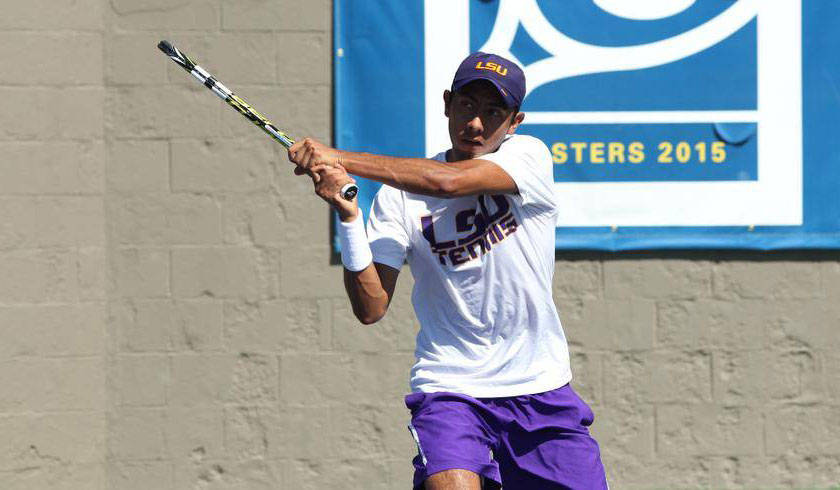 Malibu, Calif. – Jordan Daigle and Boris Arias battled it out Sunday against Georgia’s Austin Smith and Ben Wagland who were ranked 1st in the Oracle/ITA preseason polls.

After a slow start on day one against Notre Dame, LSU made their way through the consolation bracket collecting a win over the No. 15 Baylor team, sending them to the championship round.

“It was a good win today,” Assistant Coach Danny Bryan said. “When you knock off the No. 1 team in the country it’s obviously something the guys should be proud of. Oracle and ITA did a great job, the guys loved it and hopefully we will be able to come back next year.”

LSU was edged out in the first set but picked it up in the second to force the match into a tiebreaker. Arias and Daigle excelled in a close second set, keeping on top for the remainder of the match. In the third set, Georgia fought hard but LSU capitalized on opportunities at the end.

The duo will now return to Baton Rouge to prepare for the 2015 Cajun Tennis Classic, which will include two other SEC teams, Georgia and Ole Miss. The tournament will take place September 24-27 in Lafayette, La.