What They're Saying About Leonard Fournette 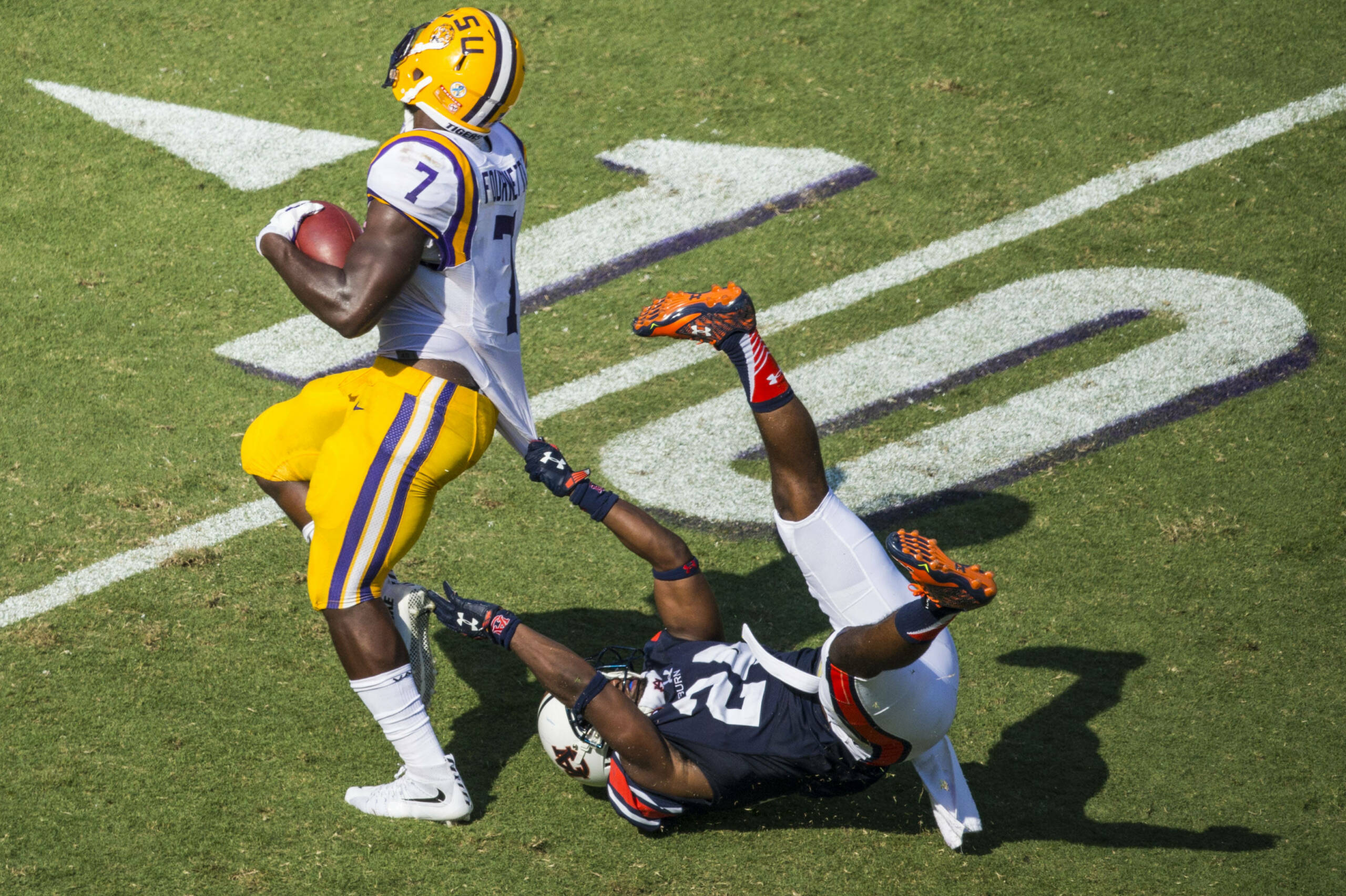 Check out what the media are saying about LSU sophomore running back Leonard Fournette’s 228-yard, three-touchdown performance against Auburn on Saturday afternoon in Tiger Stadium.

Yes, I really did work tonight. Leonard Fournette is special. But my story is on the @LSUfball O-line: http://t.co/EYxE7lqGmE

Leonard Fournette might carry LSU a long, long way (over and around and through opponents): http://t.co/ioZhKvhOHV via @USATODAYsports

What a great weekend of college football! Lots of great candidates for Player of the Week http://t.co/Nsn9P9iql0

Ty Davis-Price posted the greatest rushing performance in school history on Saturday, but he didn’t want much of the credit.
Davis-Price Sets Record in 49-42 Win Over Florida