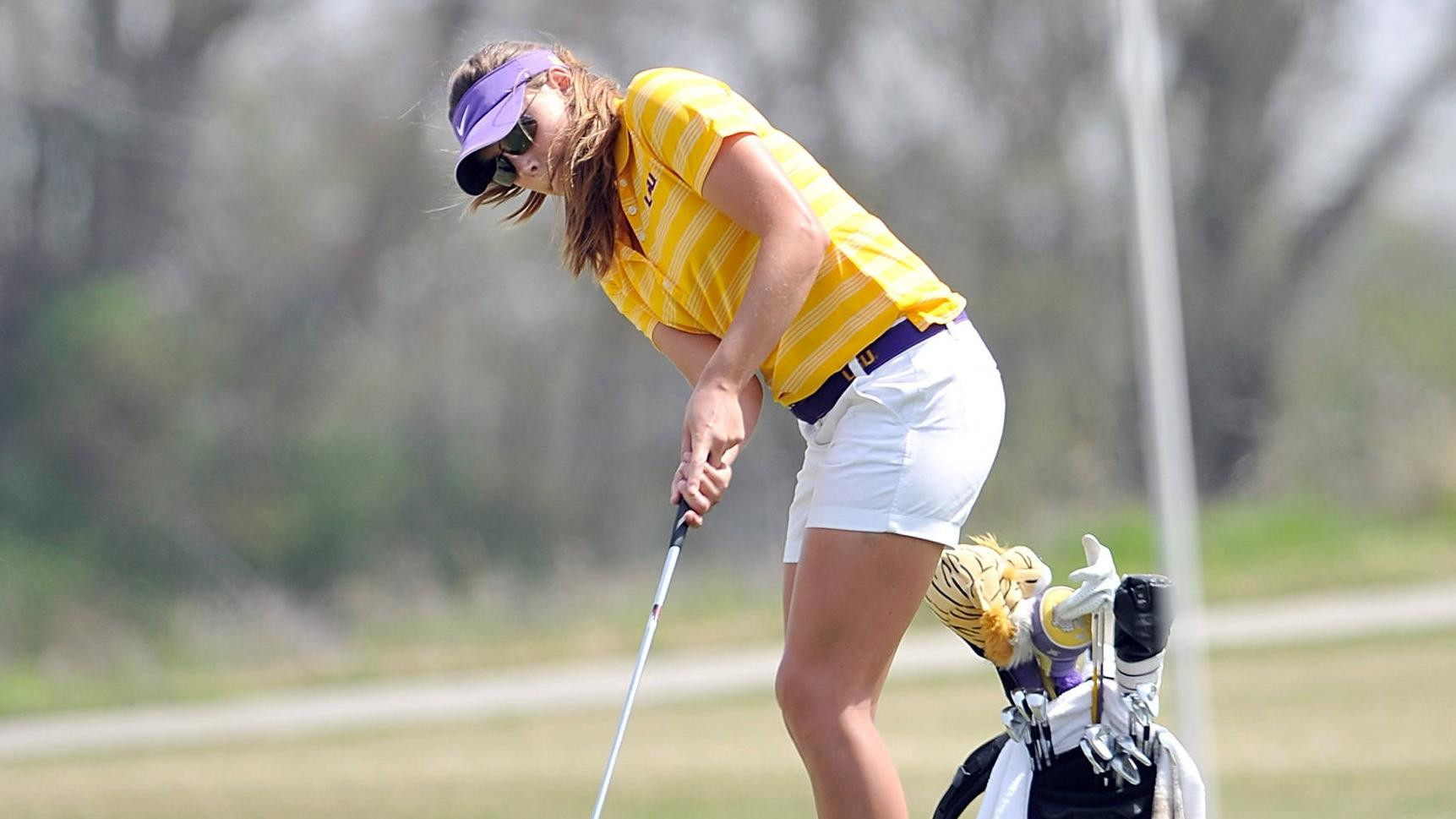 FRANKLIN, Tenn. – The LSU women’s golf team posted a second round of 1-under par to stand in fourth place after 36 holes of the Mason Rudolph Championships at the Vanderbilt Legends Club South Course.

After the three-way tie for fourth, Louisville is seventh at 4-over par 580.

The LSU team had an extremely consistent round with Elise Bradley posting 2-under 70, Marina Hedlund 1-under 71, Caroline Nistrup even par 72 and Nadine Dreher 2-over 74. Kathleen Gallagher posted a 3-over 75. The Lady Tigers posted nine birdies in their counting scores.

LSU played the par 5 holes in 2-under par and co-led the field with 66 pars in the second round with Alabama among its five players.

The final round is set for 7:30 a.m. Sunday with live scoring at LSUsports.net through birdiefire.com. Follow updates at www.Facebook.com/LSUwomensgolf and @LSUwomensgolf on Twitter.