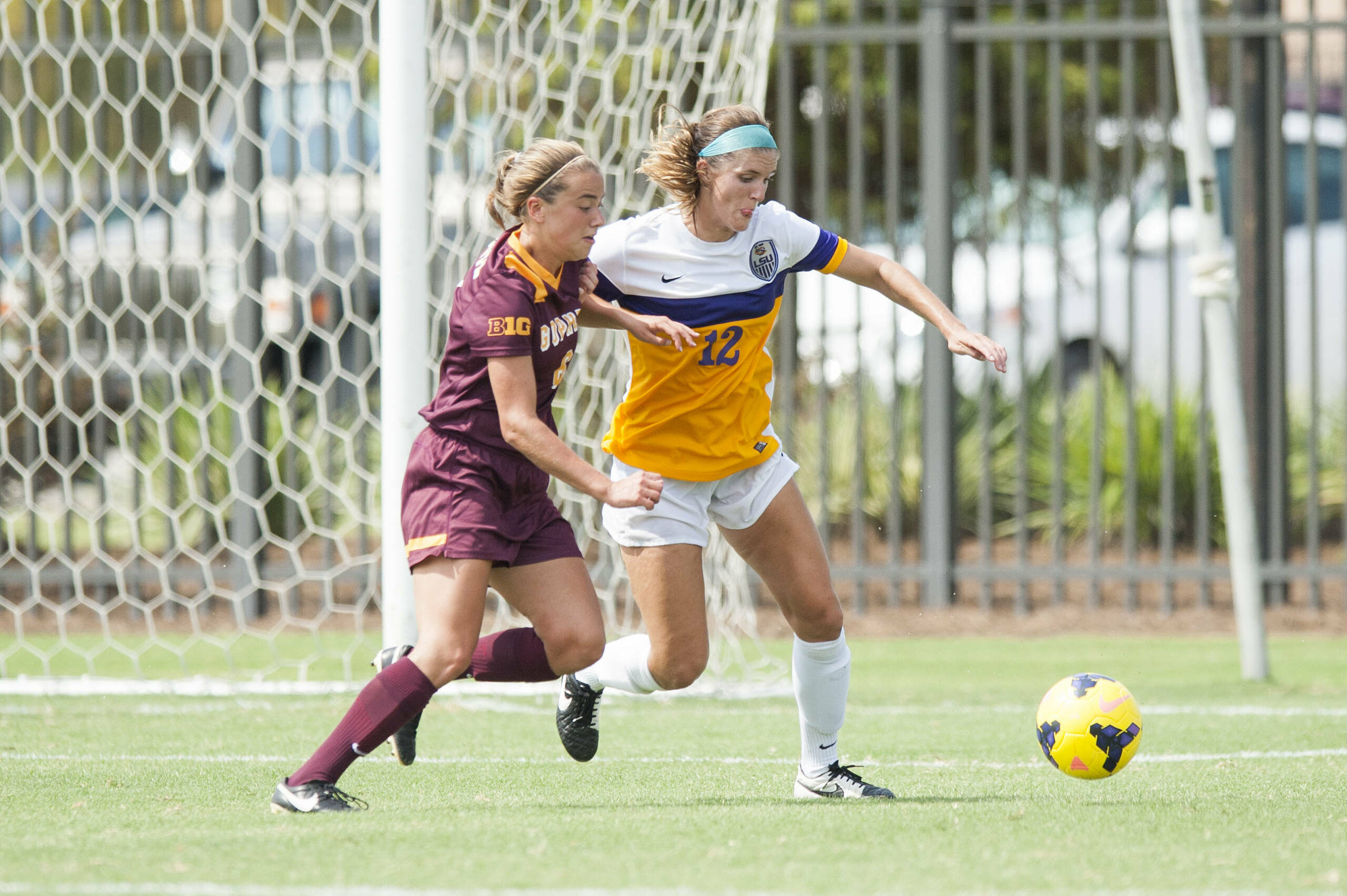 BATON ROUGE – The Tigers are looking to wrap up their three-game homestand with their third win on the spin on Sunday afternoon as they follow Thursday’s thrilling 4-3 comeback win over Georgia by playing host to the Marquette Golden Eagles in their non-conference finale that is set to kick off at Noon CT at the LSU Soccer Stadium.

The Tigers (6-1-2, 1-1 SEC) are flying after scoring a 1-0 victory over 15th-ranked Duke last Sunday afternoon and coming back for a 4-3 win over Georgia on Thursday night at home in Baton Rouge.

LSU makes its return to the SEC Network+ after debuting on the SEC Network on Thursday against Georgia as fans can watch the Tigers in action using the online digital platform at ESPN3.com and using the WatchESPN app available on all smartphones and tablet devices. Live stats from the match will also be available through StatBroadcast at http://lsustats.com.

Fans unable to watch the game can also follow the action on social media as they can receive live updates of the match with the Tigers and Bulldogs by following @LSUSoccer on Twitter at http://twitter.com/lsusoccer and Instagram at http://instagram.com/lsusoccer and by liking the LSU Soccer page on Facebook at http://facebook.com/lsusoccer.

Fans are reminded they can “Geaux Free!” to each of LSU’s five remaining home matches in the 2015 regular season as admission is free at the LSU Soccer Stadium again this season, compliments of The Advocate.

Sunday’s match will be Sunday Funday No. 4 and Picture Day at the LSU Soccer Stadium when the Tigers play host to the Golden Eagles (3-3-2) as the first 250 fans through the gate will receive a free LSU Soccer picture frame and have the opportunity to take photos during the game. The Tigers are also hosting the first LSU Dads & Daughters event of the fall with a pregame activity and postgame Q&A with a player and her father.

Marquette opened its Gulf Coast road trip in Mobile on Thursday night while playing South Alabama to a 1-1 draw while the Tigers were battling Georgia on the SEC Network. The Golden Eagles are riding a three-match unbeaten streak heading into Sunday’s matinee after defeating Northern Arizona, 2-1, on Sept. 11 and drawing South Dakota State, 1-1, on Sept. 13 last weekend.

Marquette won the inaugural match between the two sides by a 2-1 margin at Valley Fields In Milwaukee, Wisconsin, on Sept. 21 of last season when the Tigers also ended their non-conference season battling the Big East side. LSU’s star striker Summer Clarke scored the only goal of the match for the Tigers in the 74th match to pull the visitors to within 2-1 where it remained on the afternoon.

“Our fans have really pushed us here at home throughout this season, and we’re going to need their support again tomorrow afternoon with a very good Marquette team coming in that’s always one of the best in the Big East year after year,” said LSU head coach Brian Lee. “They really make for a great atmosphere on Sunday afternoons, and we’re expecting another great college soccer match here again tomorrow.”

The Tigers are fresh off their first SEC win of the season with a 4-3 comeback victory over Georgia with senior midfielder Natalia Gomez-Junco scoring her first two goals of the season in the final 20 minutes.

While Gomez-Junco’s equalizer from a 25-yard free kick in the 69th minute featured as the No. 8 play of the day on SportsCenter’s Top Plays segment on Thursday night, her game-winner from a 20-yard half volley on a failed clearance by the Bulldog defense was just as impressive as the Tigers turned around a two-goal deficit at 3-1 in the first half to win it 4-3. Clarke opened the scoring in the match with her fifth goal of the season in the seventh minute, while sophomore Debbie Hahn netted her second of the season in the 37th minute to cut Georgia’s first-half lead to 3-2.

LSU looks to carry that momentum into Sunday’s match with Marquette as the Tigers are a perfect 3-0 on Sunday afternoons this fall while outscoring their three opponents by a combined 6-0 margin. That includes the sweep of Big Ten opponents with a 1-0 shutout of Minnesota on Aug. 30 and a 4-0 defeat of Indiana on Sept. 6, as well as a 1-0 victory over 15th-ranked Duke last Sunday on Sept. 13.

After the Tigers wrap up their three-game homestand against Marquette in their non-conference finale on Sunday afternoon, they will head back on the road next weekend as they step back into SEC play with games at Auburn on Friday, Sept. 25, and at Ole Miss on Sunday, Sept. 27, with both matches kicking off at 7 p.m. CT on the SEC Network+.