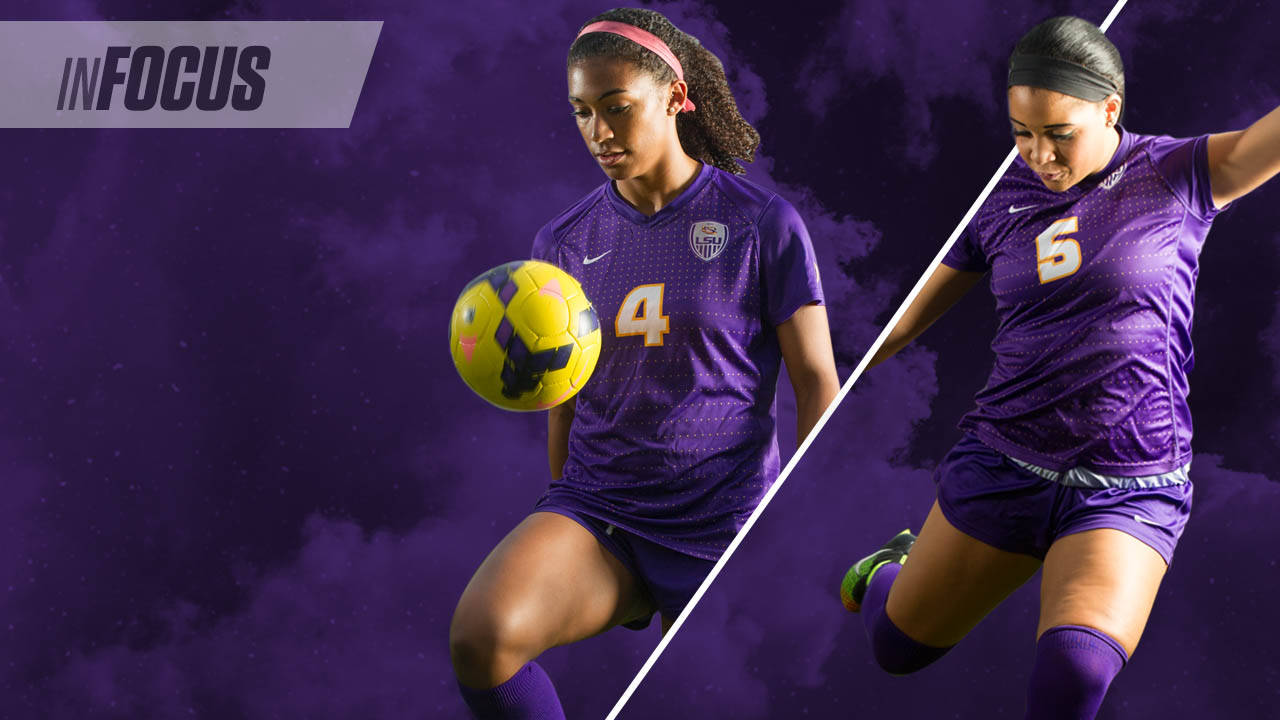 As the LSU soccer team takes the field throughout the rest of the season, they will continue to pose problems for opposing coaches and players as two of the Tigers’ centerpieces on offense are poised for another big year. Forwards Summer Clarke and Jorian Baucom anchor a stacked and experienced roster that is confident it can beat any team it faces behind major offensive firepower and a steady defense.

Together, the two combine to form one of the most potent offensive attacks in the SEC and the country.

“This is our second year now playing together,” said Clarke. “Last year, we just got to know how one another played, and it takes a while to develop a relationship on the field because (forward) is one of those positions where you have to link up and combine all the time. This year we kind of got used to that, and I think it’s showing on the field.”

“I think having a longer preseason this season helped too,” explained Baucom. “We were able to work together a lot more.  I came in only a few days before our first game last year, so we really were just figuring things out throughout the season last year.”

Early this season, Clarke and Baucom were able to showcase just how much chemistry they had developed during a nail-biting win against Minnesota, when a beautiful cross from Clarke on the end line was headed in by Baucom to lift LSU to a 1-0 win.

“Gracie Campbell won a header in the midfield, and she got the ball out to Summer,” described Baucom. “One of Summer’s best qualities is taking players on, because she is so skillful, and she has the speed to beat any player in the SEC. She just took that (defender) every play and destroyed her down the line. She executed a really good cross, and I was able to get my head on it.”

“It was easy to find her,” said Clarke. “When I put a ball in (the box), nine times out of ten, I know Jorian’s going to find it.”

The great start this season is a sign of things to come as Baucom and Clarke will admit that last season didn’t meet the team’s expectations. After last year’s campaign, the team participated in an offseason regimen of running to improve stamina and prepare for the strain of their grueling schedule.

“Our fitness level is at peak performance this season,” Baucom elaborated. “Compared to last year, those Sunday 1 p.m. games would absolutely destroy us, and coming in this season, that is probably an advantage we have over most teams now.”

“We spent a lot of time with our strength coach indoors running every morning, and it’s paying off now. Everyone had the desire to win, but we just weren’t physically there. The want and passion is still there, but now we are fit enough to make the extra run, double-back on defense and all that,” said Clarke. “I also think having everyone used to each other and having a year under our belt fired us up to do better this year. It’s a collective effort on offense and defense.”

The Lady Tigers were undefeated in their first six games this season with Clarke and Baucom helping to lead the way. The duo combined for nine goals and four assists in those first six games, including a hat trick from Clarke against Indiana. To the two of them, all signs early on are pointing toward a successful season.

“Everyone always talks about how they want to win a championship and get a ring, but this year the locker room has a different feel from last year,” said Clarke. “It’s difficult to explain, but you can feel that everyone wants it. We have the players, the skill, and the ability to do that. One of our goals is to win the SEC, and personally, I think we can do it.”

“Our mindset this year is that we’re in it to win it,” said Baucom. “Everyone is more mature and focused, because we know when we step on the field we have a lot to prove. I think we got it this year. “