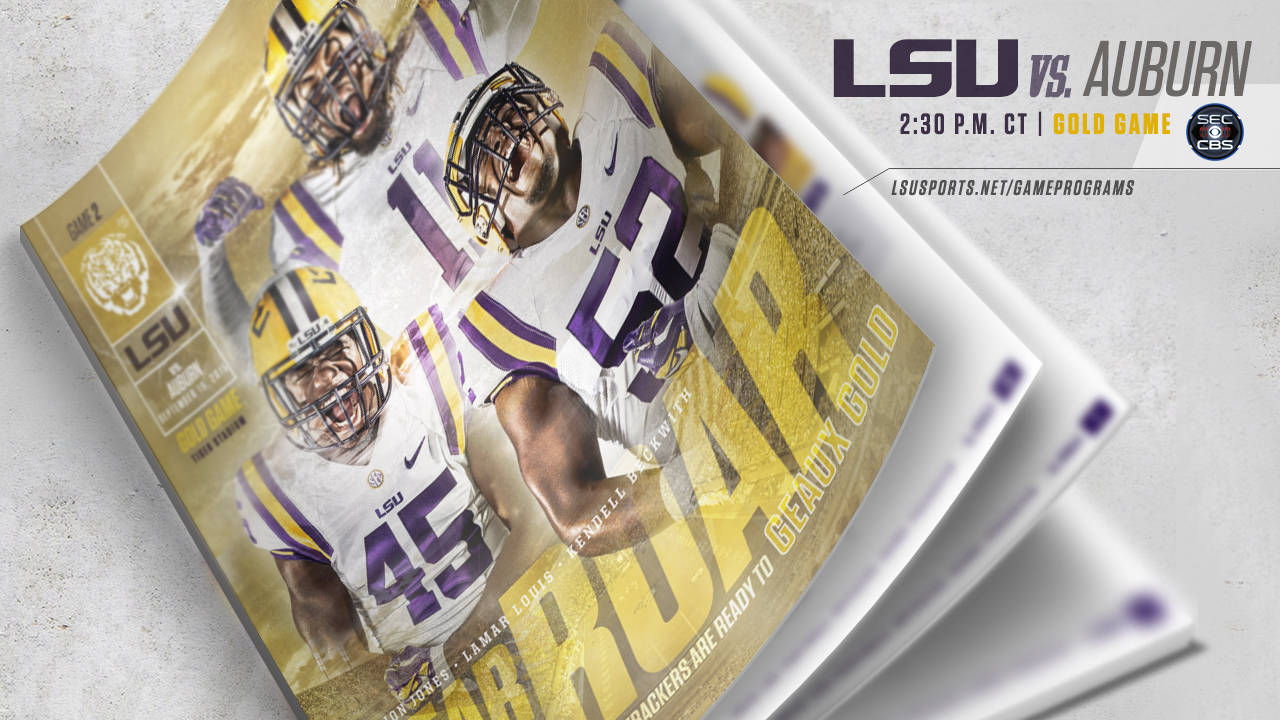 BATON ROUGE – One of the weekend’s biggest college football games will take place on Saturday afternoon in Tiger Stadium when 13th-ranked LSU hosts No. 18 Auburn at 2:30 in a nationally televised contest on CBS.

But long before LSU and Auburn kickoff, there will be plenty of other activities taking place across the LSU campus beginning with SEC Network’s traveling pregame show, SEC Nation, which will be located in the grass lot next to Walkon’s at the corner of Burbank and Nicholson Drive.

SEC Nation will air live starting at 9 a.m. on Saturday and fans are encouraged to come out and be part of the show that features host Joe Tessitore along with former LSU All-American Marcus Spears. Tessitore and Spears are joined on the set by analysts Greg McElroy, Tim Tebow, and Paul Finebaum along with reporter Kaylee Hartung.

LSU coach Les Miles will make an appearance on the set at 9:15 on Saturday morning. SEC Nation airs until 11 a.m.

The Heisman House Tour featuring host Neil Everett will make its home on the LSU Parade Grounds on Saturday from 8 a.m. until 2:30 p.m. This pre-game experience celebrates college football’s most outstanding players. LSU’s 1959 Heisman Trophy winner Billy Cannon will take part in a chalk talk session with Everett from 10:30 to 11 a.m. followed by an autograph session from 11 until noon.

Spears will join the Heisman House Tour set at 12:30 for a chalk talk with Everett followed by an autograph session from 1 to 2 p.m.

The event is free and gives fans a chance to win prizes, take part in games, and tour the Heisman House.