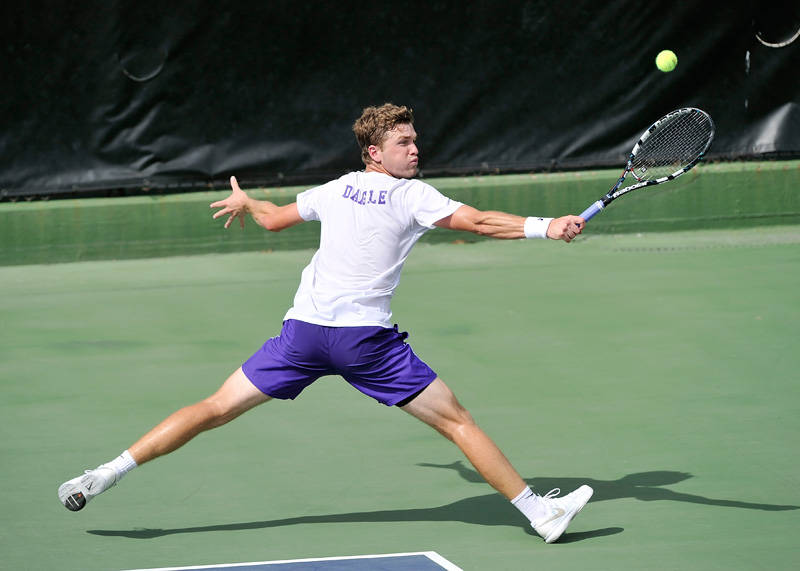 Only eight doubles teams were selected to compete in this event, including the No. 1 and No. 2 ranked duos in the Oracle/ITA preseason rankings. Both Arias and Daigle are excited to prove their newly announced No. 4 ranking and play in such highly competitive matches.

“There are three teams at the tournament we already played and beat,” Arias said. “We know that we’re good enough to beat everyone there, but we still have to be ready because everybody else is in that situation, too.”

LSU’s dynamic duo knows they have the talent to play hard but they now have more to prove with a high ranking in the preseason. Last season they finished with a 14-9 record with six victories over teams ranked in the top fifty, as well as earning All-American honors.

“We have a kind of target on our back being ranked fourth in the country this preseason, whereas we were more under the radar last year. We’re going to get everyone’s best match and we just have to be ready for it,” said Daigle.

Coach Jeff Brown, entering his 19th season, sees the potential of this squad and knows the hard work they have put in during the off-season will carry them through the tournament. Getting a jump on the season will also help prepare them, individually, for tournaments later this fall.

“I’m really excited that Oracle has become one of the major sponsors in college tennis. It can definitely lead to a lot of advances in our sport,” Brown said. “They (Arias and Daigle) are one of a handful of teams that could win it. All of the teams that are in this tournament are very good.”

LSU kicks off play on Friday at 4 p.m. CT at the Malibu Racquet Club against Alex Lawson and Quentin Monaghan of Notre Dame. Lawson and Monaghan finished last season with a record of 2-1. Both wins came against conference foes.