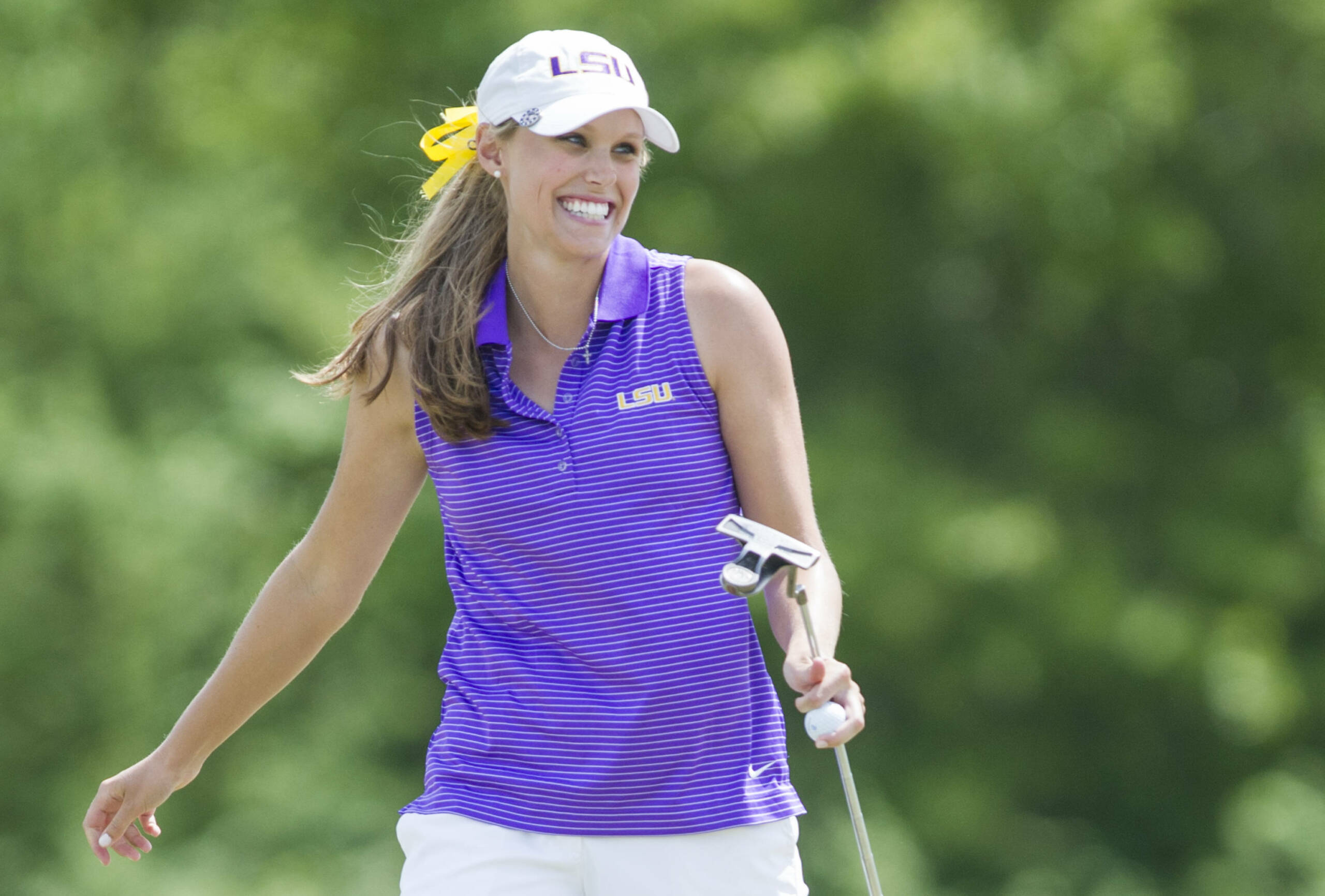 FRANKLIN, Tenn. – The LSU women’s golf team which advanced to the NCAA Championships a season ago and is ranked 16th in the Golfweek preseason poll, opens the fall portion of its 2015-16 season Friday at the annual Mason Rudolph Women’s Championship at the Vanderbilt Legends Club.

The event for the second straight year will be played on the South Course and that’s where LSU had success last year, finishing as the runnerup to host Vanderbilt in the event. LSU had rounds of 285-292-298 for an 11-over 875. Vandy won at even par 864.

The South Course will play at par 72 and 6,321 yards. The tournament is scheduled for 18 holes each day through Sunday and is the first of four tournaments the Lady Tigers will play in the fall portion of the season.

LSU enters the season with three returnees in the opening event lineup led by junior Caroline Nistrup of Denmark, who finished 12th in last year’s NCAA Championships and was named All-SEC and All-America first team. Also returning to the first lineup in the play-5, count 4 scores format are the two Lady Tiger seniors, Nadine Dreher of Austria and Elise Bradley of Mandeville.

Bradley earned league honors last season after making a tremendous turnaround in her game that saw her ranked among the top 40 golfers in the country after being deep in triple figures as a sophomore. Dreher also had a good summer on the European amateur circuit playing for her home country and will play in the No. 1 spot in the opening round.

Gallagher is the first daughter of a former LSU women’s player to tee it up in the history of the program. The Greenwood, Mississippi native is the daughter of seven-time pro winner and Golf Channel analyst Jim Gallagher, Jr. and his wife Cissye Meeks-Gallagher. Gallagher played for Coach Bahnsen from 1985-88 and was a member of the 1986 team that finished ninth in the NCAA Championships.

Rounding out LSU’s lineup is Hedlund, who hails from Sweden, and has starred for the Swedish national girls teams.

LSU will play with Northwestern and Louisville in the opening wave off hole No. 10 on Friday beginning at 8:05 a.m. Live scoring for the event can be found at LSUsports.net through Birdiefire.com. Updates on the round and recaps will be available at www.Facebook.com/LSUwomensgolf and @LSUwomensgolf on Twitter.