Lobo Invitational on Tap for Volleyball 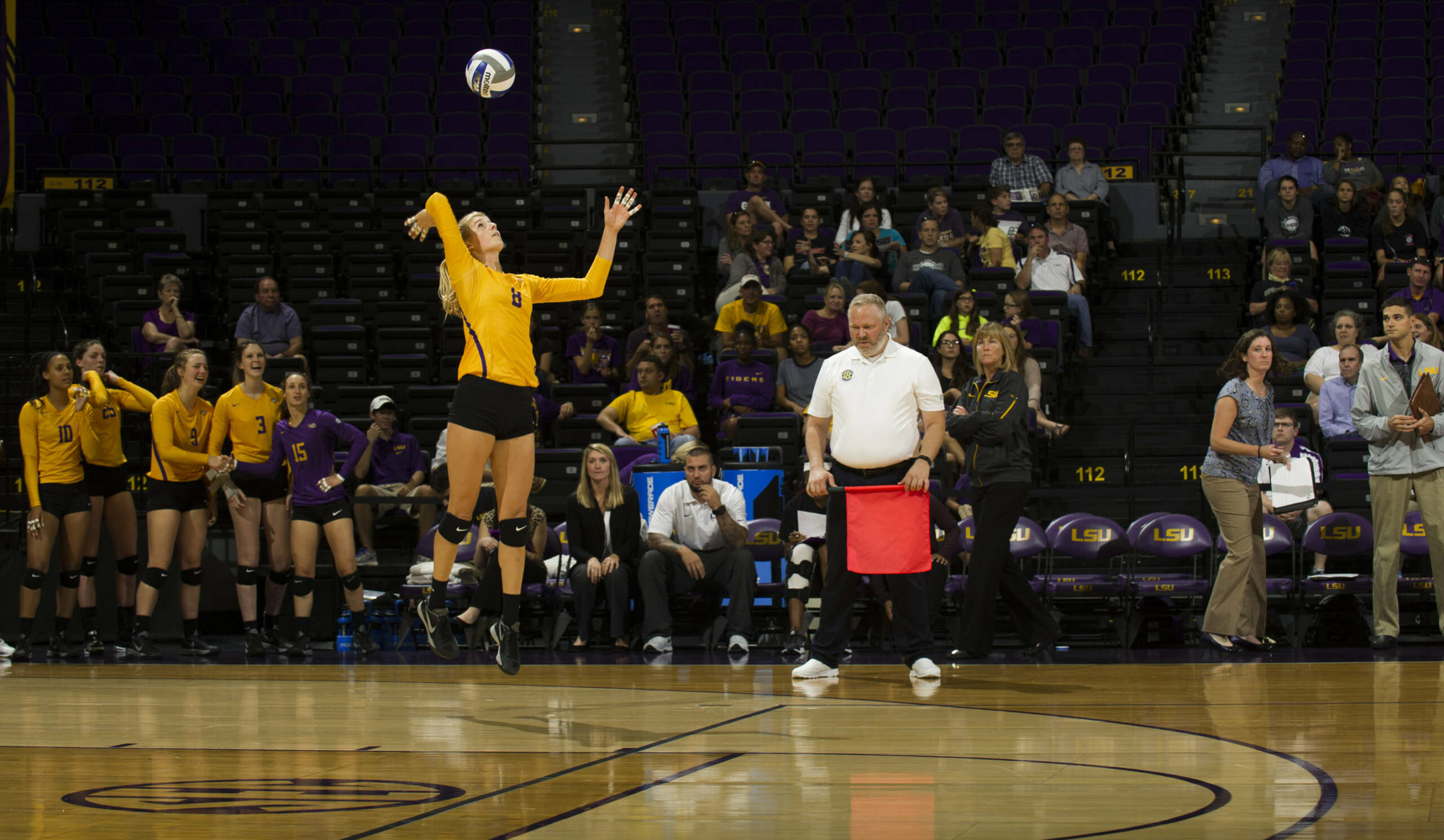 BATON ROUGE, La. – The LSU volleyball team will wrap-up the non-conference portion of the schedule this weekend traveling to participate in the Days Inn & Suites Lobo Invitational, hosted by New Mexico this Friday and Saturday in WisePies Arena in Albuquerque.

The Tigers will open play against LIU-Brooklyn at 6 p.m. CT in “The Pit”, closing play on Saturday with the CSUN Matadors at 11:30 a.m. and the Lobos at 8:30 p.m. CT. Live stats for all three games will be available at LSUsports.net, including a link to a free live stream of the finale Saturday night through the Mountain West Network powered by CampusInsiders.com.

LSU goes into its final tune-up before opening conference play next week looking to snap a two-match losing skid and snag some victories before returning home and opening up the second season next Wednesday against Arkansas in front of a national television audience on ESPNU. The Tigers are coming off of some better performances in losses to a ranked-Purdue and undefeated on the weekend Miami squad last Friday and Sunday in their first two home matches of the season.

Although the offense struggled to find its way against the Boilermakers, the Tigers took a set off of Miami and had two sets played within two points of the Hurricanes in a tightly-fought contest between both sides.

“In matches like that, you play well enough to win, but probably made more errors that hurt you and kept you from being able to capitalize on those opportunities,” head coach Fran Flory said. “When you’re on a little bit of a losing streak those things tend to pile up and we’ve got to break that trend and focus on the things we can control to get us better going forward.”

In that contest against the Hurricanes, LSU played one of its best offensive games to date eight matches into the year, hitting .220 with 57 kills and 54 assists, all season highs for the team in 2015.

“Our offense really seemed to settle in for the first time,” Flory said. “I was proud of the offensive output in a bounce-back match in regards to our level of execution as opposed to Friday night.”

One of the leaders for that offensive drive was sophomore Cheyenne Wood who was named to the all-tournament team after earning double-doubles in both games, serving up a season-high 39 assists against the Hurricanes as three Tigers finished the match with double figure kills. Wood leads the setters averaging 5.67 per set with 170 on the year.

Cati Leak was the only LSU player to have double-digit kills in each of the team’s two matches last weekend, as she now stands 44 away from becoming the 21st player in program history to join the 1,000-kill club. On the opposite side, Leak is 104 digs away from becoming the 16th player to earn 1,000 in a career, as when she captures both sometime this season will be just the sixth player ever to have over 1,000 kills and digs in a single career.

Some shift in the lineups helped give younger players a chance at court time, with another freshman making a mark in freshman middle Olivia Beyer. The Plymouth, Michigan, product in her first start led the team in blocks on Sunday with four, two solo and two assisted. Tiara Gibson still leads the group with 16 total blocks, being followed by another freshman in Brittany Welsh.

Celebrating her birthday Sunday, freshman Toni Rodriguez produced her second double-digit kill match of the year, finishing with 15 against Miami. Of her three starts, Rodriguez has produced 15 or more kills in two and is now third on the team in total kills.

Leading LSU’s conference-topping digs contingent continues to be senior libero Haley Smith, earning her fourth 20-plus dig match on Sunday with 21. She has 1,261 for her career to date, needing 266 more to tie the all-time record held by Daniela Reis and one more after that to own the mark all alone.

The Tigers won’t be the only team looking to get back on the right foot this weekend, with all three coming off of a tough string of matches over the course of the last week. LIU-Brooklyn is 0-8 after being swept by St. John’s on Tuesday, while the Matadors have lost five-straight and is 1-8, while New Mexico is 5-4 after dropping two-of-three at USC’s tournament last weekend.

This is the first contest against the Blackbirds and CSUN, while the Tigers and Lobos will renew their series for the first time in nearly 20 years.

“This weekend will certainly be a challenge, but I think the turning point for this season begins Friday,” Flory said. “We have a chance to take all of the positives from what we just did and carry that over into what I think is the defining point of our season.”