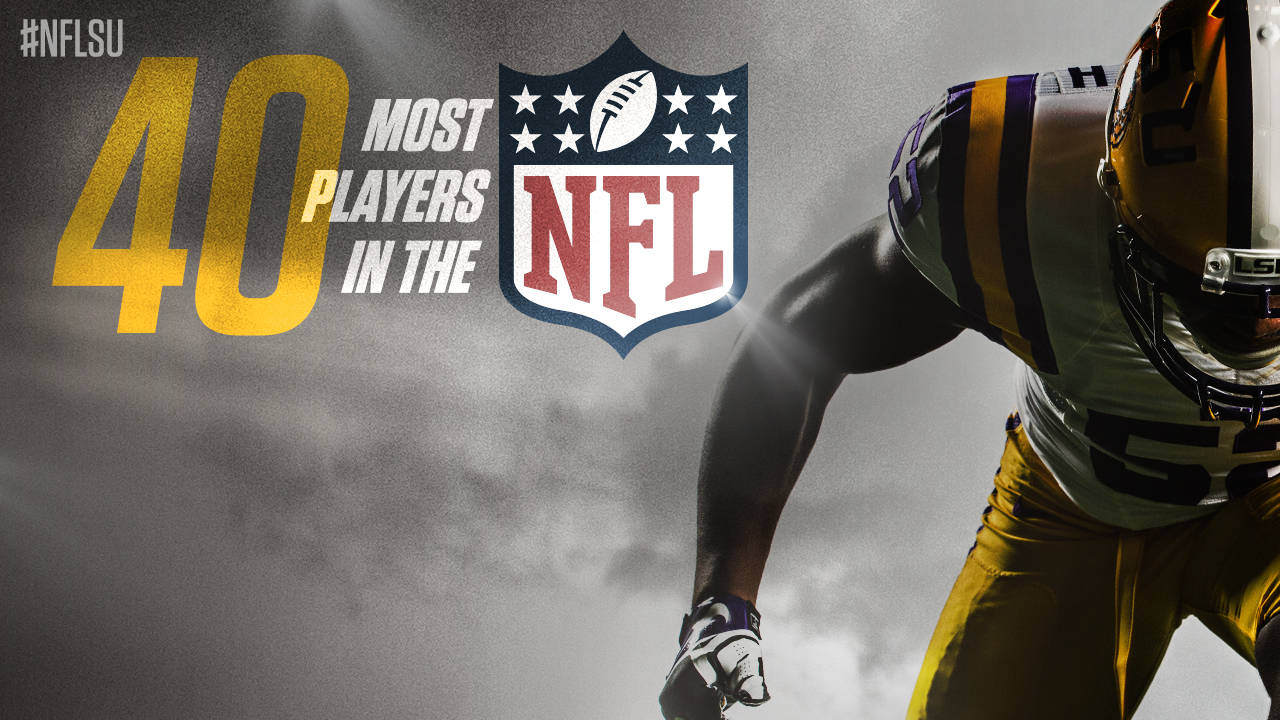 Editor’s note: After the NFL released this listing, defensive end Lavar Edwards was added to the Chicago Bears’ 53-man roster.

BATON ROUGE – For the second straight year, LSU ranked No. 1 among all schools with players on active NFL rosters as 40 former Tigers were in action during week one of the NFL season.

A year ago, the NFL season opened with 38 former Tigers on active rosters.

LSU’s claim of being Defensive Back U. (DBU) held true as the Tigers lead the NFL with 10 defensive backs on active rosters. LSU is also first in the NFL in defensive tackles with seven.

Of the 40 LSU players who played during the opening weekend of the NFL, 24 were starters, which includes punters Donnie Jones (Eagles) and Brad Wing (Giants).

LSU Tigers in the NFL