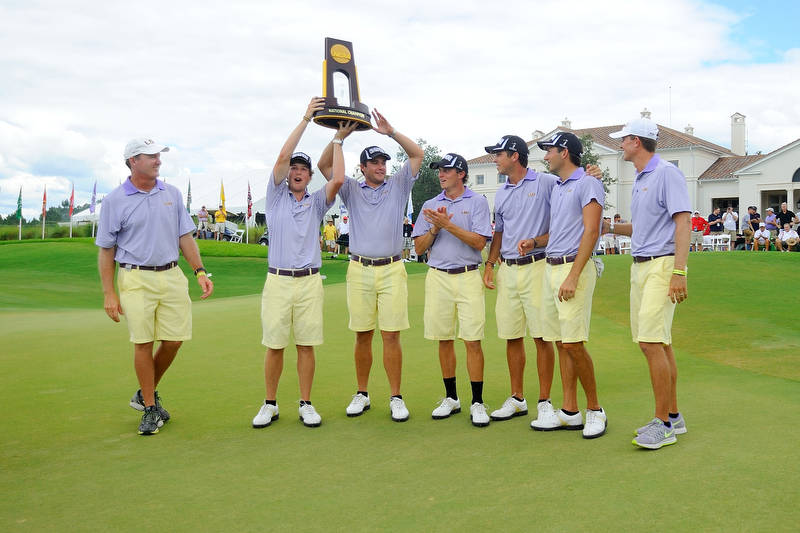 BATON ROUGE – Golf Channel announced Wednesday that each of the match play semifinalists from the 2015 NCAA Division I Men’s and Women’s Golf Championships will compete in the inaugural East Lake Cup match play championship that will air live on the network on Nov. 2-3 at historic East Lake Golf Club in Atlanta, Georgia.

The reigning national champion LSU Tigers are among the four men’s semifinalists squaring off once again as they will be joined in the field by Georgia, Illinois and Southern California. The Tigers defeated the Trojans of USC by a 4-1 margin in the NCAA Championship Match live on Golf Channel back on June 3.

Teams competing at the inaugural East Lake Cup will compete on the championship course at East Lake Golf Club, which is the home of the TOUR Championship by Coca-Cola, the season-ending event of the PGA TOUR’s FedEx Cup Playoffs. The East Lake Cup will benefit the East Lake Foundation, a charitable organization dedicated to helping families build better lives and children reach their highest potential through its holistic approach to community revitalization incorporating mixed-income housing, cradle-to-college education and community wellness.

According to Golf Channel’s official announcement, the East Lake Cup will also feature the Tom Cousins Award, a new annual award presented to an outstanding male and female golfer who exemplify the values of an East Lake Foundation that is committed to exceling in academics, engaging in his or her community and overcoming adversity.

The Tom Cousins Award bears the name of the founder of the East Lake Foundation, which transformed a community in despair into a thriving neighborhood, now a national model for community redevelopment with Purpose Built Communities.

Two match-play tournaments will be held simultaneously at East Lake Golf Club for the men’s and women’s divisions. The semifinals will be held on Monday, Nov. 2, with the finals and consolation matches following at the championship course on Tuesday, Nov. 3. The competing teams will pair five players in singles matches in each of the semifinal, final and consolations matches during the event.