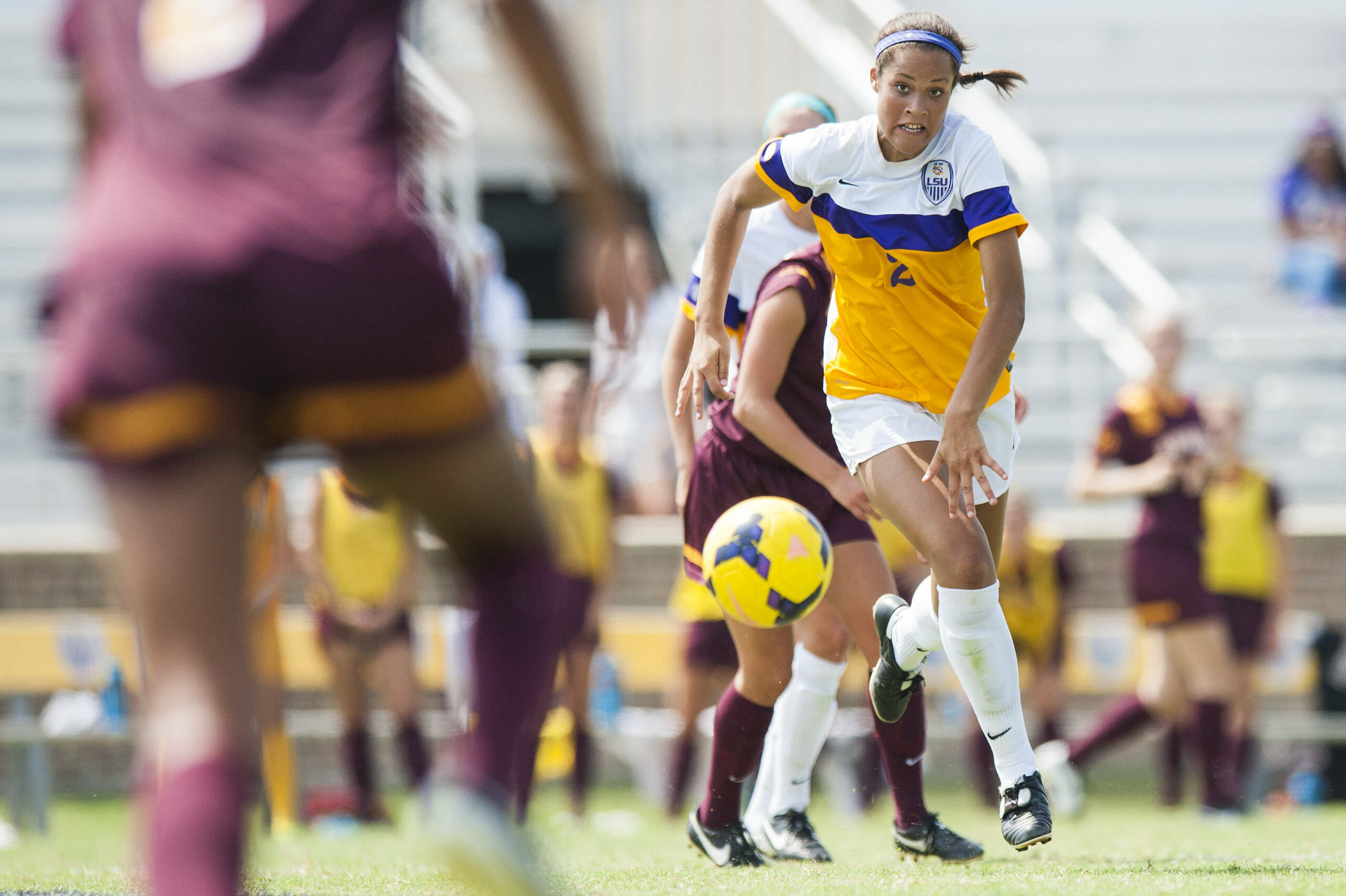 BATON ROUGE – The Tigers look to build momentum following perhaps their most impressive win of the 2015 season with a 1-0 home win over 15th-ranked Duke on Sunday when they welcome the Georgia Bulldogs to Baton Rouge on Thursday night for their SEC home opener that is scheduled to kick off at 6 p.m. CT on the SEC Network.

LSU will make its debut on the SEC Network on Thursday night as the match features a nationally-televised broadcast beginning at 6 p.m. CT. Fans can also watch the Tigers in action by logging onto the SEC Network+ at ESPN3.com and by using the WatchESPN app available on all smartphone and tablet devices.

Fans unable to watch the game can also follow the action on social media as they can receive live updates of the match with the Tigers and Bulldogs by following @LSUSoccer on Twitter at http://twitter.com/lsusoccer and Instagram at http://instagram.com/lsusoccer and by liking the LSU Soccer page on Facebook at http://facebook.com/lsusoccer.

With the match also being this year’s Student Point Night, all LSU students are encouraged to attend to receive their priority points toward the purchase of their football tickets. The first 250 students going through the gates will also receive free pizza and refreshments while enjoying the game and cheering on their team to its first SEC victory of the 2015 season.

Fans are reminded they can “Geaux Free!” to each of LSU’s six remaining home matches in the 2015 regular season as admission is free at the LSU Soccer Stadium again this season, compliments of The Advocate.

“Our fans have been tremendous and have played a major role in our fast start to the season, and we invite them to come back out on Thursday night with our first SEC home game of the season,” said LSU head coach Brian Lee. “We have some great promotions lined up, but most importantly, we’re expecting good weather again that should make for a great college environment for another match day.”

The Tigers have been led throughout the season by one of the nation’s leading front lines in junior striker Summer Clarke and sophomore forward Jorian Baucom as the pair has combined to score 12 of the 16 goals for the team through its first eight matches of the season. Baucom has scored an SEC-leading eight goals in her eight starts on the season to rank No. 2 on the NCAA’s scoring charts through the first four weeks of the year with Clarke following with four goals to her credit to tie as the SEC’s No. 9-ranked goal scorer in 2015.

Baucom is the reigning SEC Offensive Player of the Week following another two-goal weekend when she scored in LSU’s SEC opener at Alabama last Friday night before having the game-winning penalty kick in the 74th minute in LSU’s 1-0 win over 15th-ranked Duke on Sunday afternoon. It was Baucom’s goal that handed the Tigers their first win over a nationally-ranked opponent in two seasons.

Baucom has already matched her output of eight goals in 20 appearances during her freshman season a year ago as she trails only the nine goals scored by Boston College’s Mckenzie Meehan in the NCAA rankings.

LSU’s defensive unit was also a key factor in the win over Duke last weekend as the Tigers’ back line of senior Gracie Campbell, junior Megan Lee, sophomore Jordane Carvery and freshman Alex Thomas held the Blue Devils to their second-lowest shot count of the season with 13. Senior goalkeeper Catalina Rubiano also saved all five shots on target she faced in the match for her third clean sheet in her last five starts.

Georgia picked up its first victory of the 2015 season with a 1-0 road win at Samford in Birmingham, Alabama, on Sunday. Mariel Gutierrez leads the Bulldogs in the attack with a team-leading two goals this fall.

After facing Georgia in their SEC home opener on Thursday night on the SEC Network, the Tigers will wrap up their three-game homestand with their non-conference finale on Sunday afternoon when they welcome a Big East Conference power to the LSU Soccer Stadium in Marquette for a match that is scheduled to kick off at Noon CT on the SEC Network+ online digital platform.

Soccer Drops Contest To No. 22 Auburn In Overtime

Soccer Drops Contest To No. 22 Auburn In Overtime