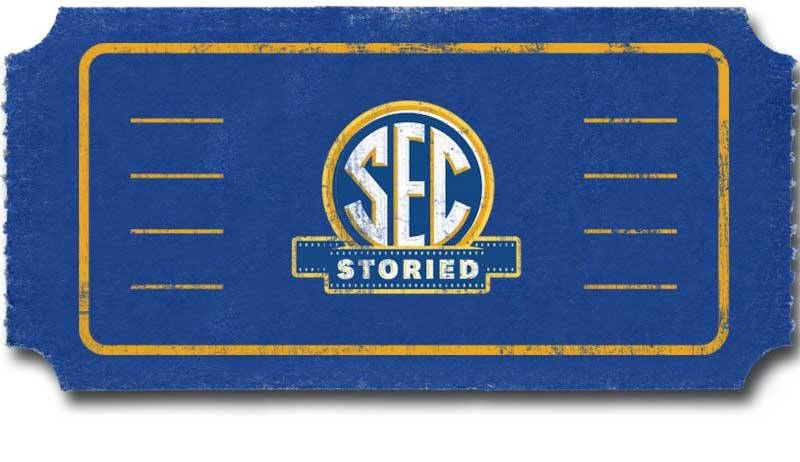 I sat and just saw the memories come flooding back to me when SEC Storied showed “The Bo You Didn’t Know” on the SEC Network Tuesday night.

I’m not ashamed to say when Ron Higgins of the Picayune was emotional at the very end of the film, I was sitting in my living room wiping a tear from my eye. Good moments in my young professional career and sadness about the future of a school I loved were all part of the 42-days Bo Rein was head coach at LSU.

I was in that Board of Supervisors room as a first-year grad student covering LSU for the Shreveport Times as one of LSU’s writers for my hometown paper. The search had been a season long slog through every coaching candidate in the country. The week of the final game of the season, the Reveille seemed to be calling every hotel each night to see where top coaches were allegedly checking in.

AD Paul Dietzel was playing things so close to the vest he was taking his trash home every night to burn it so no one could rifle through his trash.

While everyone wondered who Bo Rein was when Dietzel walked to the microphone that day, those in the media and more than just the common football fan knew LSU was getting young genius of the Veer offense. As documented in the film, he was the guy, make that the young energetic guy that was going to take LSU football into the 1980s. He was the guy that had worked and learned under Woody Hayes, Lou Holtz and Frank Broyles. He wasn’t just the guy. He was the man who proved his ability as head coach at NC State and now was stepping into a Southeastern Conference that was a defensive juggernaut.

He was bringing an offense that LSU fans were beginning to understand could be something special. Paul Finebaum on a movie outtake said that Rein’s offense could have brought the SEC the offensive excitement that Spurrier did in his time. Rein was ahead of the offensive curve that we enjoy in the SEC.

But Rein needed his players to make it work. His staff was on the road recruiting and so was Bo. It would all end on Jan. 10, 1980. 42 days. 42 short days of recruiting magic as head coach.

A short flight from Shreveport to Baton Rouge ended up with the plane reaching over 40,000 feet, running out of gas and crashing into the Atlantic Ocean after hours of radio silence, no visible signs of life and no way for fighter pilots to do but watch.

There was a thunderstorm between Shreveport and Baton Rouge that caused a diversion in the flight plan. What went wrong from there has never officially been determined but speculation eventually became fact. All I know is I saw the thunderstorm on a late-night drive home from a night grad school class at LSU looking forward to a weekend at my parents’ home in Shreveport.

The storm was so intense I spent an hour in Alexandria in the pre-interstate days waiting for things to calm down. I got home and hit the bed only to be awakened by my Dad, an assistant fire chief who had the day off. He was telling me that my mom had heard on her way to work that Rein had crashed in the Atlantic.

I knew where Rein was recruiting and I knew it was Shreveport. I thought my mom didn’t have the facts right. There was no way that could have happened. It did and LSU’s athletic world was upside down.

Just 42 days before I was typing page after page of materials to send back to Shreveport to be part of a lengthy hiring package with sports editor Gerry Robichaux. The two of us won an AP Louisiana-Mississippi award for our coverage that day. Now I was at the office trying to help out with phone calls and get the quotes you need when someone passes away and stories have to be written.

I called friends and media members in Baton Rouge and we talked in clipped phrases – How? Why? Unbelieveable? etc.

I am strongly of the opinion that LSU football and frankly a lot of the LSU athletic department was changed forever when that plane went down in the Atlantic. Bo Rein and his coaches were not only confident they could win, they could win big. He was young. He had that “it” factor that sold LSU in 42 days to a lot of recruits.

If Bo rein lived, if he coached LSU, if he was successful … just think about it. It was a time when successful college coaches stayed at one place a long time. If Rein wins big, could he have won a national title for LSU in the 1980s? There are some of us who feel that way.

But here’s the bigger issue. If Bo Rein lives, Jerry Stovall would have never been the head coach at LSU (forced by the way to have to come in and coach with a staff he didn’t know). His struggles gave the administration of LSU the opportunity to nitpick away the AD regime of Paul Dietzel who could have ridden the wave of Rein’s success for as long as he wanted to be AD.

Rein and Dietzel would probably have meant no Bob Brodhead, no Bill Arnsparger and who knows how many things would have been different. Who would have hired Skip Bertman in that scenario or any of several other coaches in major and minor sports?

Sure, it’s a coulda, woulda, shoulda thing, but I’m convinced as are others who may not put it on the line like I often reminded people that Bo Rein’s probably success changes greatly the future specifically of LSU Football and generally the LSU Athletic Department.

The film was the perfect length, 30 minutes and director Brian Goodwin did a great job using a first ever appearance by Rein’s wife and daughter in Tiger Stadium as his wraparound point for his film. And yes, even I learned things about the “Bo You Didn’t Know” and am glad I did.

Bo Rein lived his dream. A successful head coach at NC State who found his dream at LSU. Unfortunately, all we can do is dream of what might have been for Bo. Hope LSU football fans never forget this “Bo You Didn’t Know.”

About “The Bo You Don’t Know” – Directed by Brian Goodwin

When the name “Bo” is uttered in SEC circles, images of Bo Jackson’s domination at Auburn quickly come to mind. But there is another Bo who is likely far less familiar to SEC followers. That would be Robert “Bo” Rein, whose pedigree could be traced to stints under Woody Hayes, Lou Holtz, and Frank Broyles. A former baseball and football standout at Ohio State, Rein was building a reputation as an innovator who inspired those around him. He became the youngest head coach in major college football when he took over at NC State at the age of 30. He brought the Wolfpack national rankings, bowl wins and an ACC title. At the end of the 1979 season, LSU hired Rein, hoping that his youthful energy could revitalize its program. But the unthinkable happened. Returning from a recruiting trip on January 10, 1980, the small plane in which he was flying crashed in the Atlantic Ocean, roughly 1,000 miles off course. That tragedy devastated his family and friends and left so many others wondering, “What might have been?”