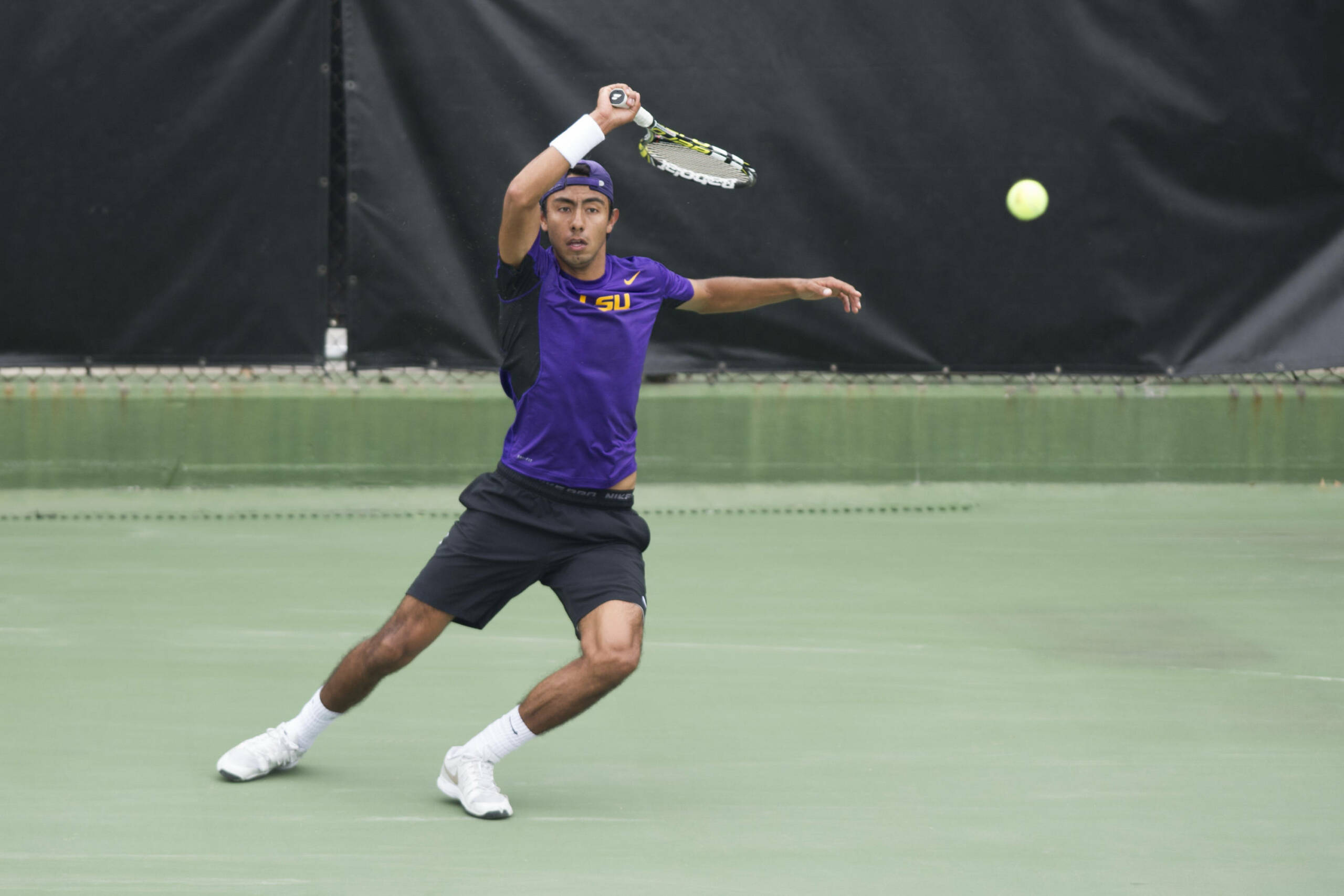 The dynamic duo of junior Jordan Daigle and senior Boris Arias checked in at No. 4 in the doubles rankings after maintaining a No. 4 ranking the majority of last season. The pair reached the NCAA Championships Quarterfinal round in May.

It marks the highest preseason doubles ranking for an LSU duo since 2005 when Ken Skupski and Mark Growcott earned the No. 1 ranking.

Daigle and Arias will get the 2015-16 season started Friday when the tandem competes at the inaugural Oracle/ITA Masters Invitational in Malibu, Calif.

In singles, Daigle is the top-ranked Tiger at No. 48. After transferring to LSU for his sophomore year, Daigle shined on court one for much of the dual season and was selected to the 2015 All-SEC First Team. He finished last season with a 13-9 record, ranked No. 76 in singles.

Tam Trinh will begin his senior season ranked 85th in singles after picking up 13 victories during his junior season. Trinh spent the majority of last season on court three and had four wins over ranked opponents.

Justin Butsch, a junior from Miami, Fla., will open the season ranked 91st overall in singles. With a 26-12 sophomore campaign and seeing time on courts 2-6, Butch accumulated the largest singles win total on the team last season.

Tigers in the ITA Preseason Rankings