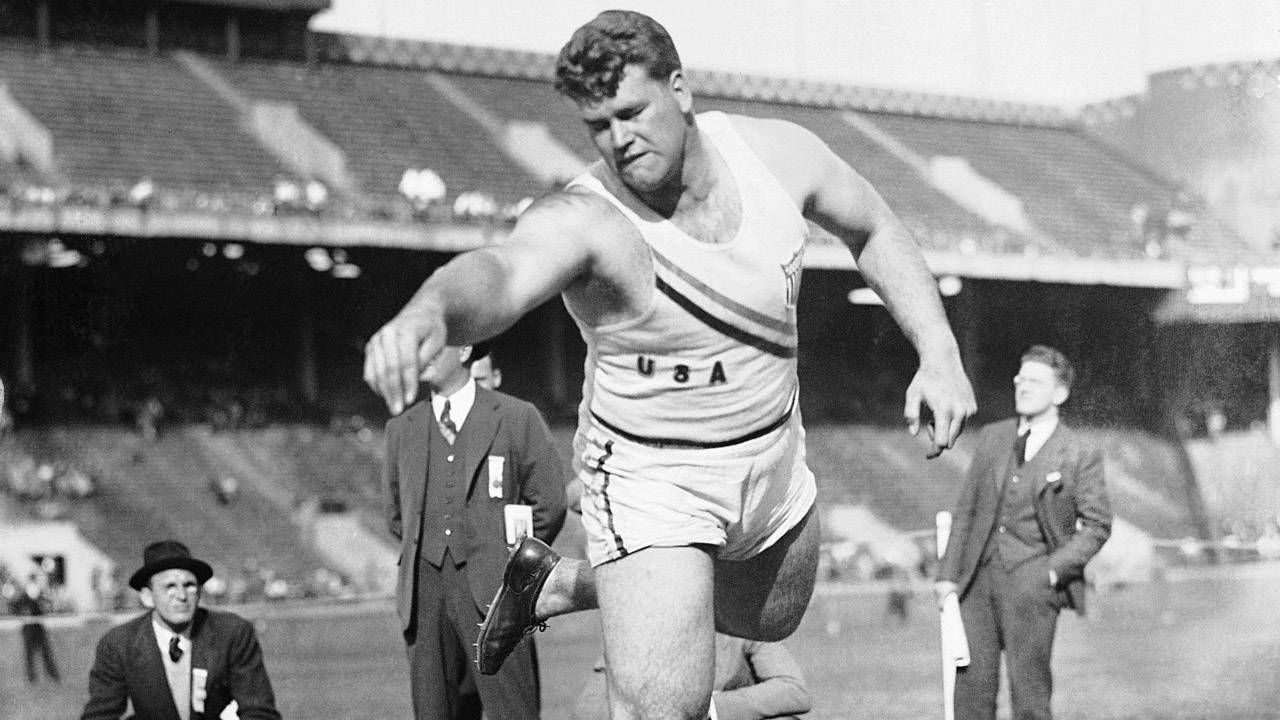 BATON ROUGE – One of the truly legendary figures in the history of LSU Athletics has been named among the six-member induction class into the National Track & Field Hall of Fame as former shot put world-record holder and 1936 U.S. Olympian Jack Torrance is part of the 42nd class induction class announced by USA Track & Field on Tuesday afternoon.

Torrance is one of three veteran athletes to receive induction this year along with Ralph Mann and Al Blozis, while modern athletes Allen Johnson and Hollis Conway and coach Harry Gill also make up the class.

A member of LSU’s first national championship team in 1933, Torrance captured the NCAA shot put title that season to help lead the Tigers win their first of 31 NCAA team titles in the program’s history as the very best combined men’s and women’s program in collegiate track and field. Torrance returned to defend his NCAA crown during the 1934 season to finish his career as a two-time NCAA Champion.

Torrance, who hailed from Oak Grove, Louisiana, was one of the world’s leading shot put stars of the early 20th century as he set three world records in the event during his athletics career, capped by a career best toss of 57 feet, 1 inch (17.40m) in Oslo, Norway, in 1934, a mark that stood for 14 years. He also won three-straight AAU national shot put titles from 1933-35, including his first two while an LSU Tiger.

Torrance won the shot put title at the U.S. Olympic Trials a year later to earn the right to compete for the United States at the infamous 1936 Olympic Games in Berlin, Germany, where he joined with his LSU teammate Glenn “Slats” Hardin as a member of Team USA. Torrance just missed the medal podium as the fifth-place finisher in the shot put, while Hardin struck Olympic gold in the 400-meter hurdles that year.

Torrance’s success wasn’t limited to the track as he also starred as a member of LSU’s football team during his collegiate career which earned him a First-Team All-SEC selection by the Associated Press in 1933 as one of the league’s leading tackles. He played 15 games for the Chicago Bears from 1939-40 while winning an NFL Championship with the team in 1940.

The 42nd National Track & Field Hall of Fame induction class will be honored on the night of Thursday, Oct. 29, at USATF’s Black Tie & Sneakers Gala hosted at The Armory Track & Field Center in New York City. Proceeds from the event will support the USATF Elite Athlete Mentorship Program, a new USATF initiative preparing athletes for success after the conclusion of their competitive careers.