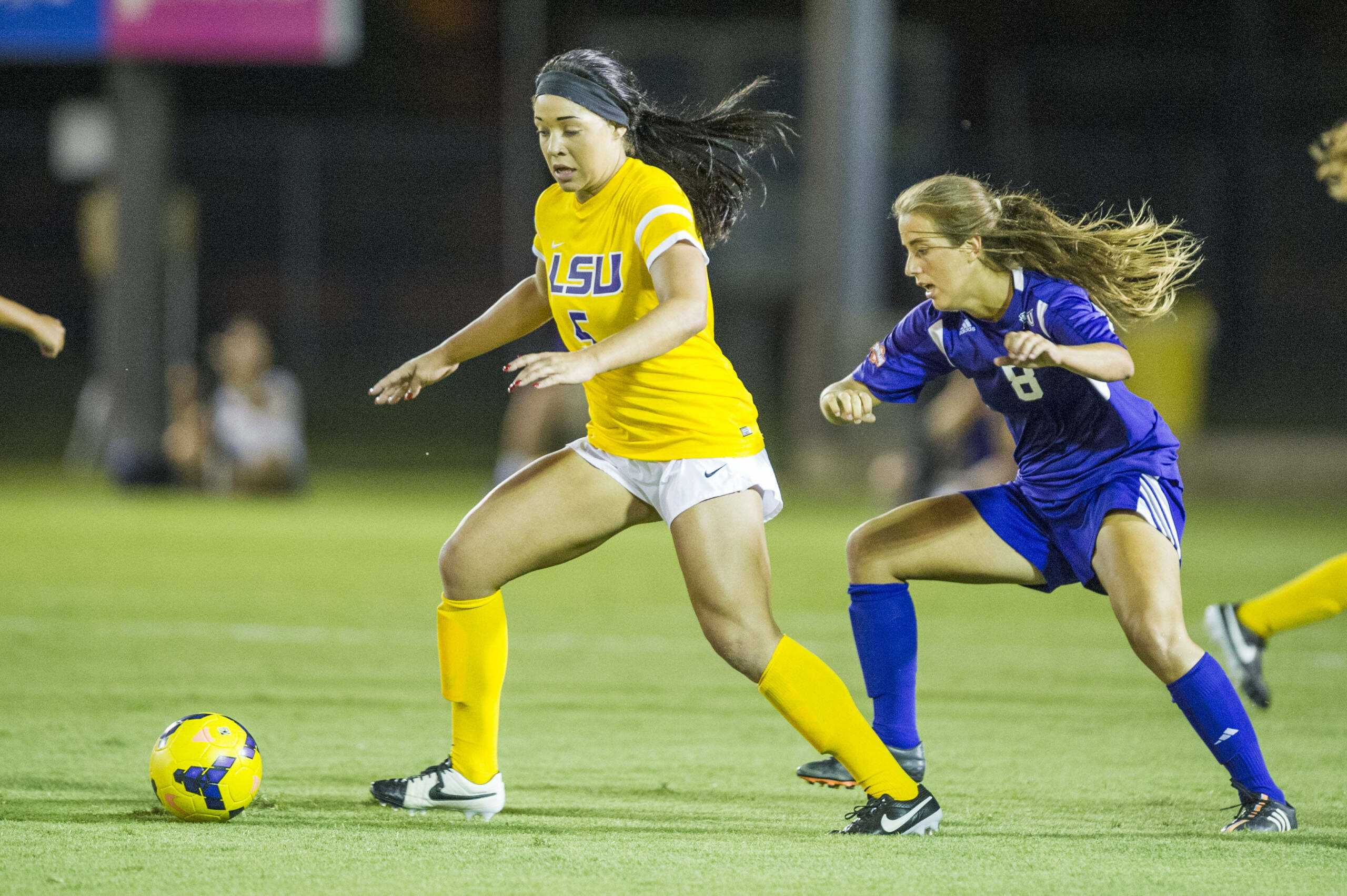 BATON ROUGE – LSU’s sophomore striker Jorian Baucom picked up her first career Southeastern Conference Offensive Player of the Week award on Monday morning after helping the Tigers claim one of the biggest non-conference wins by an SEC team during the 2015 season in Sunday’s 1-0 shutout of the 15th-ranked Duke Blue Devils.

Baucom is LSU’s 11th SEC Offensive Player of the Week in program history and the first since teammate Summer Clarke picked up the award on Oct. 7, 2013, during her freshman season with the Tigers.

Baucom rose to the top of the NCAA’s scoring charts this season with her performance over the weekend with a goal in the team’s SEC opener at Alabama on Friday night and the game-winning goal in the 74th minute from the penalty spot in a 1-0 home win over No. 15-ranked Duke on Sunday afternoon.

Baucom’s third-game winning goal of the season against Duke extended her streak to an incredible six-straight matches in which she has scored a goal since LSU’s 4-1 win over Western Kentucky on Aug. 28. While also scoring late in the second half at Alabama, Baucom raised her goal total to an SEC-leading eight goals for the season, which equals the NCAA lead entering the weekend.

Baucom’s winning spot kick against Duke at the LSU Soccer Stadium on Sunday gave the Tigers their first win over a nationally-ranked opponent since Sept. 8, 2013, when they also secured a 1-0 victory over the No. 13-ranked USC Trojans at the Minnesota Gold Classic in Minneapolis during the 2013 non-conference season. It marked LSU’s 10th win against a nationally-ranked team in the program’s history.

The sophomore star from Scottsdale, Arizona, also now tops the SEC’s scoring charts through the first four weeks of the season with a league-leading eight goals and 18 points in her eight appearances. Baucom’s three game-winning goals also ties her for No. 2 in the SEC rankings in 2015. She has already matched her eight-goal output from 20 games in her freshman season a year ago in the early part of the 2015 season.