Soccer Looks to Bounce Back vs. No. 15 Duke 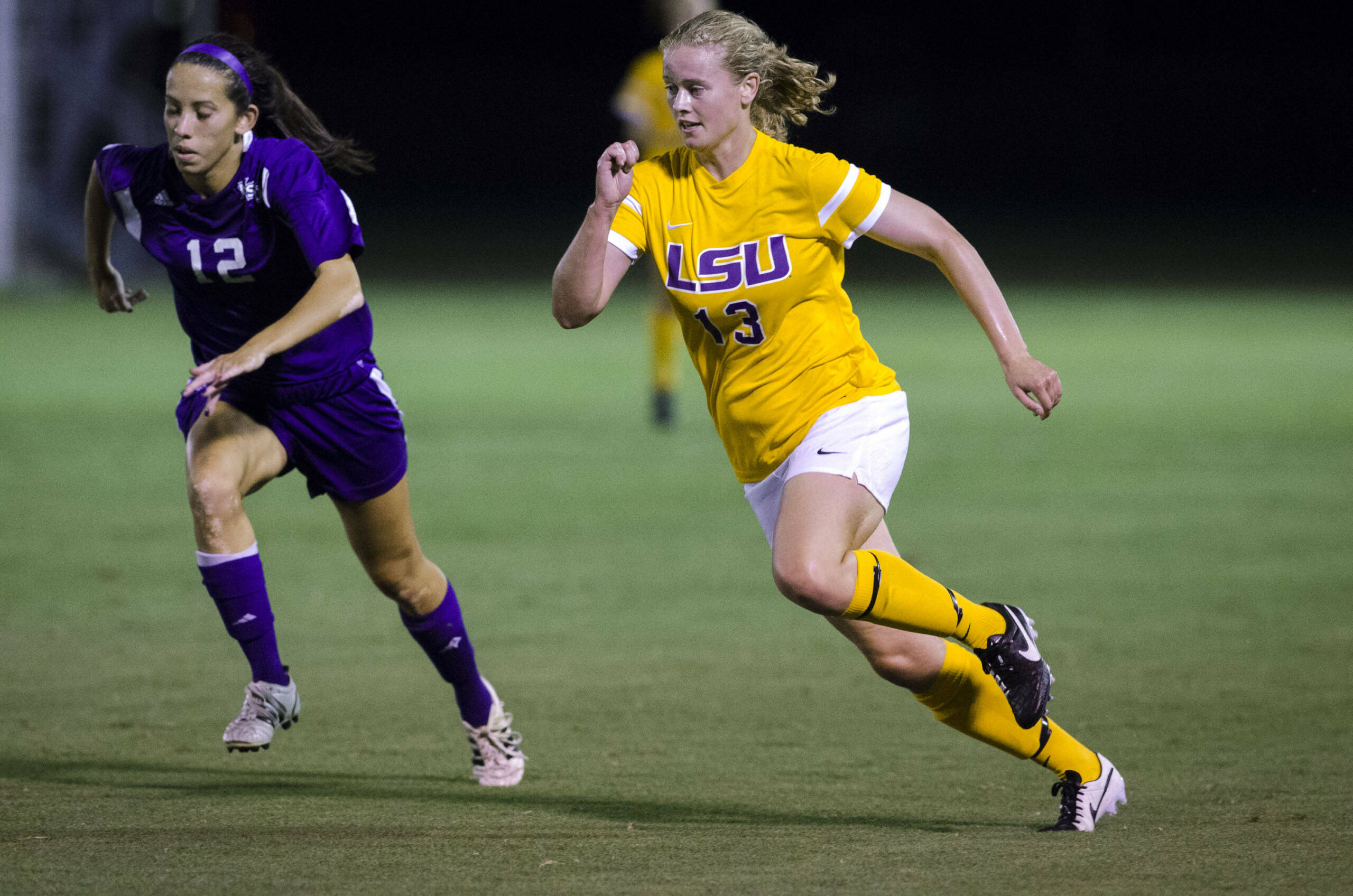 BATON ROUGE – After opening the 2015 season with a six-game unbeaten run, the LSU Soccer team looks to bounce back from its first defeat of 2015 in Friday’s SEC opener at Alabama when it welcomes the No. 15-ranked Duke Blue Devils to Baton Rouge on Sunday for a match that is set to kick off at Noon CT at the LSU Soccer Stadium.

Fans are reminded to “Geaux Free!” to each of LSU’s eight remaining home matches in the 2015 regular season as admission is free at the LSU Soccer Stadium again this season, compliments of The Advocate.

Fans who are unable to attend Sunday’s match are invited to follow the action on social media as they can receive live updates from the match between the Tigers (3-0-2) and Hoosiers (3-1-1) by following @LSUSoccer on Twitter at http://twitter.com/lsusoccer and Instagram at http://instagram.com/lsusoccer and by liking the LSU Soccer page on Facebook at http://facebook.com/lsusoccer.

It will be Sunday Funday No. 3 at the LSU Soccer Stadium this season as the first 500 fans through the gates will receive their own 2015 LSU Soccer Trading Cards which they can get signed at a team autograph session at the end of the match. It will also be Mike’s Kids Club Day as the soccer team is set to host the first Mike Kid’s Club event of the 2015 fall semester.

Sunday’s game marks LSU’s first this season against a nationally-ranked opponent as Duke (5-1-1) arrives in Baton Rouge ranked as high as No. 15 nationally in this week’s Soccer America Top 25. The Blue Devils are also the nation’s No. 19-ranked team in the latest TopDrawerSoccer.com Top 25 and No. 21-ranked team in the National Soccer Coaches Association of America Top 25.

The Tigers and Blue Devils will meet on the soccer pitch for the third time in their history as Duke owns a 1-0-1 advantage in the series that dates back to a 2-2 draw in their inaugural match in 2009.

That’s when the Tigers came from two goals behind at halftime to pull it back to a 2-2 draw in the final match of the 2009 Duke Nike Classic on the Blue Devils’ home field at Koskinen Stadium in Durham, North Carolina. Duke also picked up a 1-0 win in the last meeting between the two sides at Koskinen Stadium during the non-conference season a year ago.

Duke is again one of the nation’s premier programs in 2015 with a 5-1-1 mark in seven matches heading into Sunday’s matinee in Baton Rouge. The Blue Devils are coming off of a 2-1 extra time win at Samford this past Friday night, while they also boast a 0-0 draw on the road at Top 10 ranked Penn State on Aug. 28 and a 1-0 win over the then No. 15-ranked USC Trojans at this year’s Duke Nike Classic back on Sept. 4.

Fueling the Blue Devil attack is a pair of freshmen in striker Kayla McCoy and midfielder Taylor Racioppi as they have matched one another with four goals apiece through the first seven games in their rookie season. Of the 15 goals scored by Duke on the season, McCoy and Racioppi have accounted for eight between them, while seven other players have scored one goal apiece giving the Blue Devils a diverse attack this fall.

The Tigers will line up one of the most potent forward lines in women’s college soccer as junior striker Summer Clarke and sophomore forward Jorian Baucom have combined to score 11 of the team’s 15 goals so far on the season. Baucom is one of the NCAA’s Top 5 goal scorers this season with a team-leading seven goals to her credit, while Clarke has scored four goals on the campaign.

Each found the back of the net in Friday’s 3-2 extra time defeat at Alabama with Clarke scoring the opener in the 21st minute and Baucom restoring LSU’s lead to 2-1 in the 77th minute of the second half.

With the defeat, the Tigers saw the fourth-best unbeaten run to start a season in team history come to an end with their first defeat of the 2015 season after entering the weekend at 4-0-2 on the year. The team’s run of four-straight wins over Alabama in matches played in Tuscaloosa since 2007 also came to an end at full time.

After playing host to the Blue Devils at the LSU Soccer Stadium on Sunday afternoon, the Tigers will continue their three-game homestand next Thursday night as they welcome the Georgia Bulldogs to Baton Rouge for their SEC home opener that is set to kick off at 6 p.m. CT on the SEC Network. LSU will then wrap up their non-conference schedule against Marquette on Sunday, Sept. 20, at Noon CT.