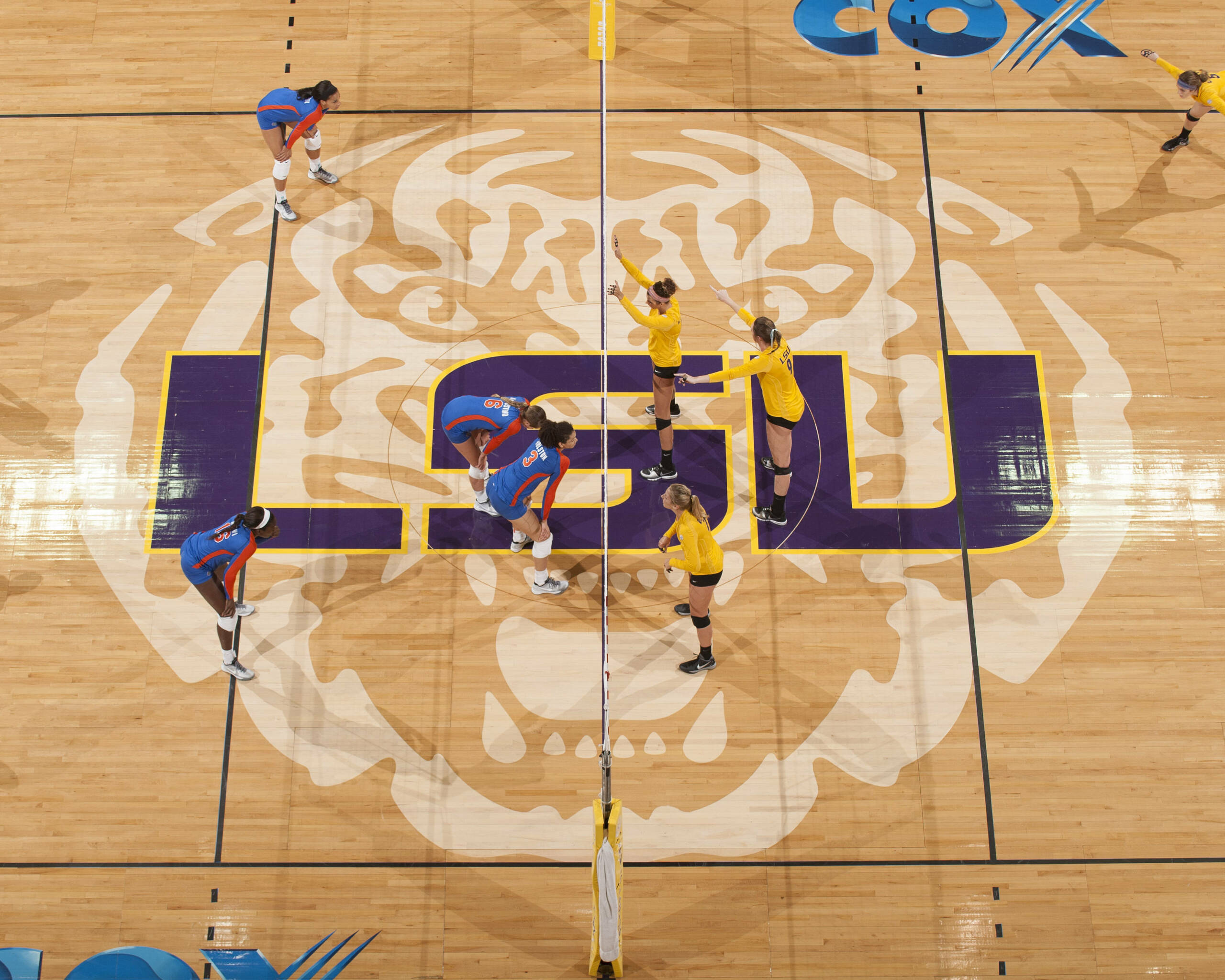 BATON ROUGE, La. – This Friday night the LSU volleyball team opens the 2015 home schedule against Purdue at 7 p.m. and in advance of the opening weekend of matches the promotional schedule for the season and individual matches were announced Wednesday afternoon as the Tigers will also play Miami (FL) on Sunday at 1 p.m.

Included this weekend are a total of 11 home dates for the volleyball team this fall, as every contest is free and open to all fans thanks to the “Geaux Free” promotion, compliments of The Advocate. The contest on Saturday between the Hurricanes and Boilermakers beginning at 5 p.m. will also be free and open to fans.

Other season-long promotions fans can be on the lookout for at the beginning of matches is the Tiger Fan Zone where fans can pick up team posters, schedule cards and game day programs, located in the southwest portal of the Maravich Center. All kids 12 and younger will be able to line up on the court and create a tunnel as the team run out for introductions prior to the start of the contest.

During the match is the ace t-shirt toss for service aces and other games on the court, as following the match the Tigers will sign autographs inside the Courthouse Club, located in the lower Northwest portal of the arena.

The opener against Purdue is the first student point night of the season, where students can have their Tiger Cards scanned to earn Priority Points, while also being able to pick up team posters, schedule cards and magnets. Sunday against Miami will serve as the camp reunion day, where the team welcomes back everyone that attended one of their volleyball camps this past summer.

LSU opens Southeastern Conference play against Arkansas on Wednesday, September 23, hosting the Arkansas Razorbacks for the team’s annual “Gold Match.” All fans are asked to be bold in their gold, with the first 750 students arriving for the match receiving a 2015 “Geauxld Digger” tank top.

Four days later against South Carolina, LSU will host Girl Scouts from the Baton Rouge area, as scouts aged 5-12 are welcome to participate in a poster-making session before the match, and then go on the court afterward for a serving activity on the floor of the PMAC. The first 1,000 fans in attendance will receive an LSU volleyball hair tie.

The Tigers return to Baton Rouge on October 7 for a date against the Tennessee Volunteers, as the team invites all fraternities and sororities for “Greek Night”, with a special prize going to the organization with the most fans in attendance. That match will also serve as another Tiger Night, where students can partake in a barbecue prior to the start of the match against Tennessee.

On Friday, October 16, the Tigers want you to help “Rock the PMAC”, getting some assistance from the LSU Drumline that will perform on the court that night. The team will also hold its “Women in Sport” night, to help celebrate and promote women’s athletics, with the 2015 LSU volleyball trading cards available for fans that night.

That same weekend on Sunday is the annual Dad’s and Daughters match against Alabama, where all members of the group will be able to participate in a post-match Q&A session with some members of the team and their fathers. Prior to the match, there will be a brunch served, and the first 500 fans through the doors will receive a 2015 LSU volleyball shirt.

The annual Halloween BOO-zar will take place before the Auburn match on October 25, as the Maravich Center will house games with various LSU student-athletes and trick-or-treating in a safe environment for parents and their families. Fans are encouraged to stay for the match and the first 1,000 fans that stay will receive an LSU volleyball tote bag.

Sunday, November 8 before the match against Missouri, the team will host a clinic for members of Mike’s Kids Club, as members are asked to reserve their spot in advance of the event. All fans in attendance that day will receive an LSU volleyball temporary tattoo.

The final two home matches of the season in November begins on Friday the 20 against Florida, as the aroma of a host of food trucks will emanate from outside the PMAC for “Food Truck Night”, as fans are encouraged to get to the arena early to purchase food from the various vendors that will be parked outside the venue. Inside, the first 100 fans will have an opportunity to take photos with the team after the match is completed.

The senior class will draw the curtains on the home slate that Sunday afternoon against Kentucky, as the four-member group of Emily Ehrle, Cati Leak, Katie Lindelow and Haley Smith will be honored before the match in their final home game in Purple & Gold. 1,000 fans that day will receive an LSU volleyball beanie.