by Will Stafford (@WillStaffordLSU)
LSU Soccer Game Notes vs. Indiana +0 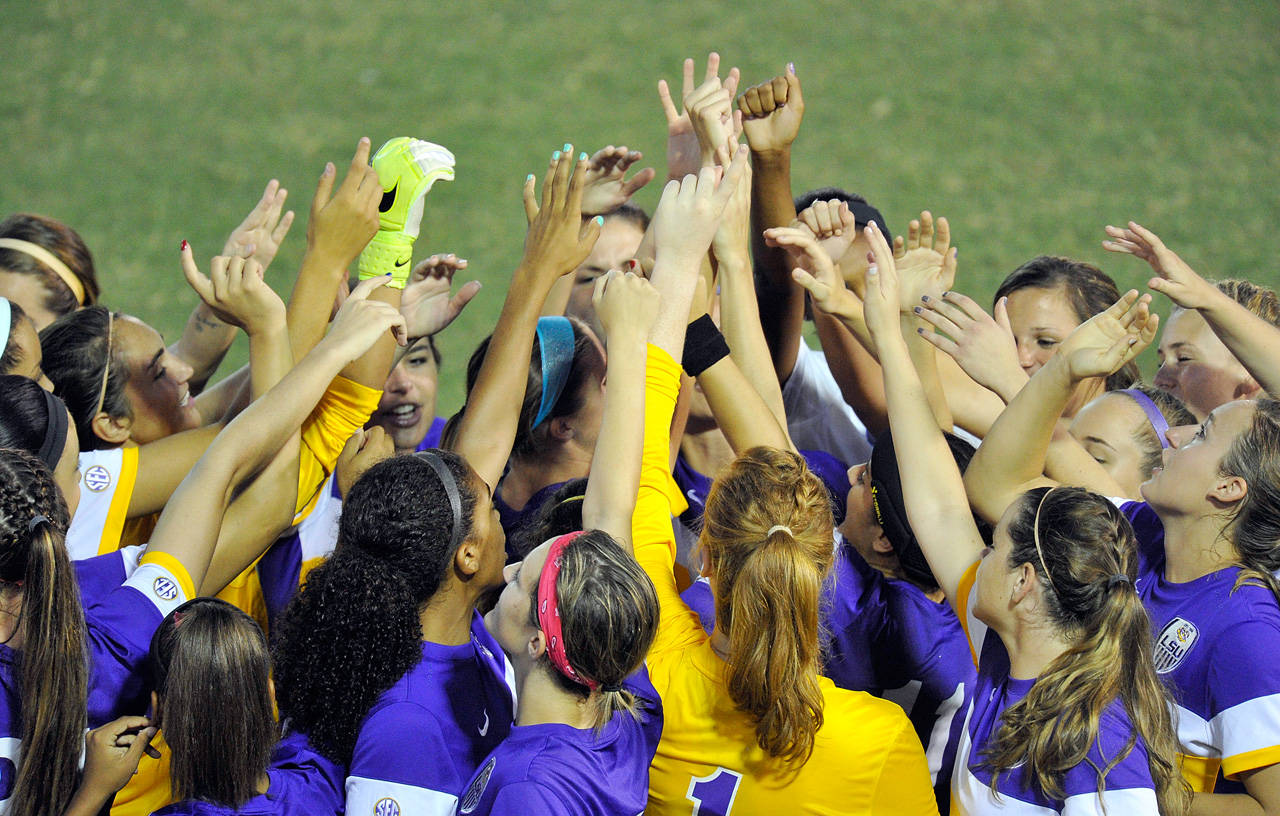 BATON ROUGE – The Tigers are off to a flying start in their 2015 season while remaining unbeaten through their first five match of the campaign, and they look to extend their streak to six on Sunday when they take on the Indiana Hoosiers in the finale at the “Stomp in the Swamp” with kickoff set for 1 p.m. CT on the SEC Network+.

Sunday’s match marks LSU’s debut on the SEC Network+ this season as fans can watch the Tigers in action by logging on to ESPN3.com or using the WatchESPN app on all smartphones and tablet devices.

Fans who are unable to attend Sunday’s match are invited to follow the action on social media as they can receive live updates from the match between the Tigers (3-0-2) and Hoosiers (3-1-1) by following @LSUSoccer on Twitter at http://twitter.com/lsusoccer and Instagram at http://instagram.com/lsusoccer and by liking the LSU Soccer page on Facebook at http://facebook.com/lsusoccer.

Fans are reminded to “Geaux Free!” to each of LSU’s nine remaining home matches in the 2015 regular season as admission is free at the LSU Soccer Stadium once again this season, compliments of The Advocate.

This marks the first ever meeting between LSU and Indiana on the soccer pitch as the Tigers are hosting a Big Ten Conference opponent on their home field for the second-straight Sunday. The Tigers look to even their all-time record against Big Ten opponents at 3-3 as they enter Sunday’s contest with two wins and three defeats in their previous five matches.

After picking up a big 1-0 home win over the Minnesota Golden Gophers last Sunday afternoon, the Tigers hope to make it two wins in a row against Big Ten opponents with a win against Indiana on Sunday.

“Our fans have been treated to some great games in our early-season home schedule, and Sunday is no different with a very good Indiana team that will be fired up to play after their big win here on Friday night,” said LSU head coach Brian Lee. “They’re an excellent defensive team, and are good going forward, so it’s an opportunity for us to face yet another quality major conference opponent early in our season.”

The Hoosiers are riding a three-game winning streak and four-game unbeaten streak heading into Sunday’s “Stomp in the Swamp” finale that includes a 2-0 victory over Middle Tennessee State on Friday afternoon for the opening match of the tournament. They also recently picked up a pair of 1-0 wins over Missouri and Baylor to win the team title at Purdue’s Boilermaker Challenge Cup a week ago.

Led by a stingy defense, Indiana has not allowed a goal  to an opponent in 457 minutes of action that includes four-straight clean sheets. They also played to a scoreless 0-0 draw with SIUE nearly two weeks ago.

A win over the Hoosiers would give the Tigers their fourth-best start to a season in the 21 years of the program’s history while remaining unbeaten for their first six matches of 2015. They were also unbeaten during six matches to start the 2004 season while opening that campaign with a 5-0-1 record. LSU’s school-record unbeaten streak to start a season stands at eight matches in 2007 when the Tigers opened at 6-0-2 before setting a school-record with seven-straight wins to kick off the 2008 season.

After wrapping up their five-game homestand with the “Stomp in the Swamp” finale against Indiana on Sunday, the Tigers will make the trip to Tuscaloosa, Alabama, on Friday, Sept. 11, where they will face Alabama in their Southeastern Conference opener. Kickoff is set for 7 p.m. CT at the Alabama Soccer Stadium with the match scheduled for a live broadcast on the SEC Network+.