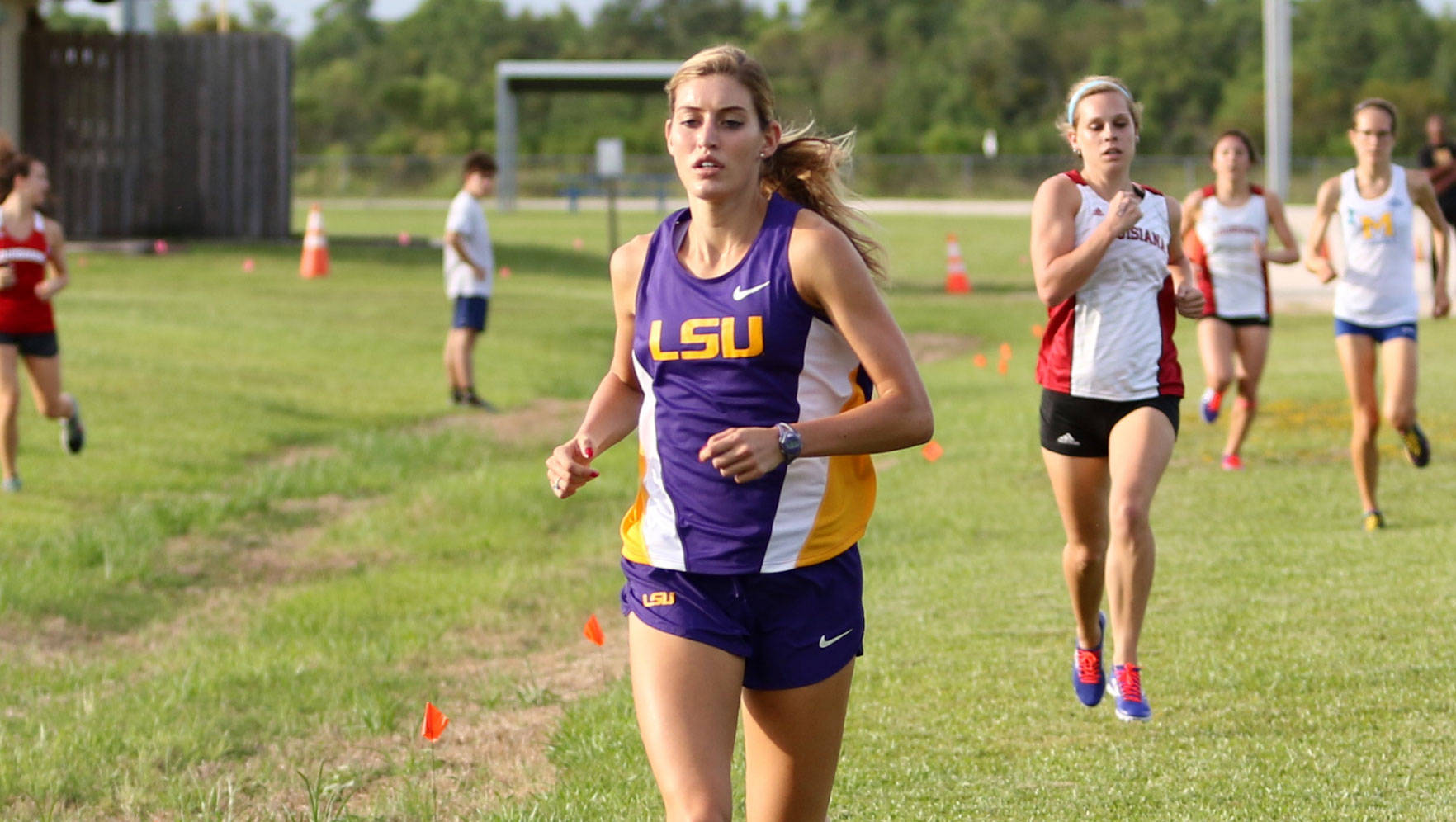 The men competed in the 8k relay with two-man teams running 4k splits, while the women raced in the 6k relay with teams of two running 3k splits.

LSU was among four schools competing in the meet that included runners from McNeese State, Louisiana Lafayette and Southeastern University.

“I’m excited about this season,” Head Coach Khadevis Robinson said. “I feel like we are finally moving in the right direction.”

Schuetz and Lewis, who made her first debut as a Lady Tiger, lined up as part of the LSU’s A team and clocked a time of 20 minutes and 26.8 seconds to take home first place.

Senior Ashley Welborn and freshman Hannah Bourgue displayed a solid performance placing fifth for the LSU’s B team with a time of 21:58.7, while LSU’s C team, junior Jenna Walker and sophomore Hannah Deworth finished with a time of 22:29.5 for eighth place.

For the Tigers, sophomore D.C. Lipani and freshman Dajour Braxton placed third with a time of 25:53.3 for LSU’s A team. Braxton also notched a top-three finish for his first debut as a Tiger.

LSU’s C team, juniors Blair Henderson and Christian Johnson, crossed the finish line shortly behind LSU’s A team with a time of 26:02.3. Junior Joe St. Cyr and freshman Hayden Kingfisher paired together as LSU’s B team, placing sixth and clocking a time of 26:49.7

“We have a young team, but they are a talented group,” Robinson said. “With teamwork, we should be able to do much better than the past two seasons.”

The Tigers and Lady Tigers return to action Sept. 12 as they travel to Metairie, Louisiana, to compete in the Allstate Sugar Bowl. The meet will take place at Lafreniere Park with the women starting at 7:50 a.m. CT and the men following at 8:25 a.m.

For the latest information on the LSU’s men’s and women’s cross country teams, fans can follow the Tigers and Lady Tigers on Twitter @LSUTrackField and on Facebook by liking LSU Track and Field.