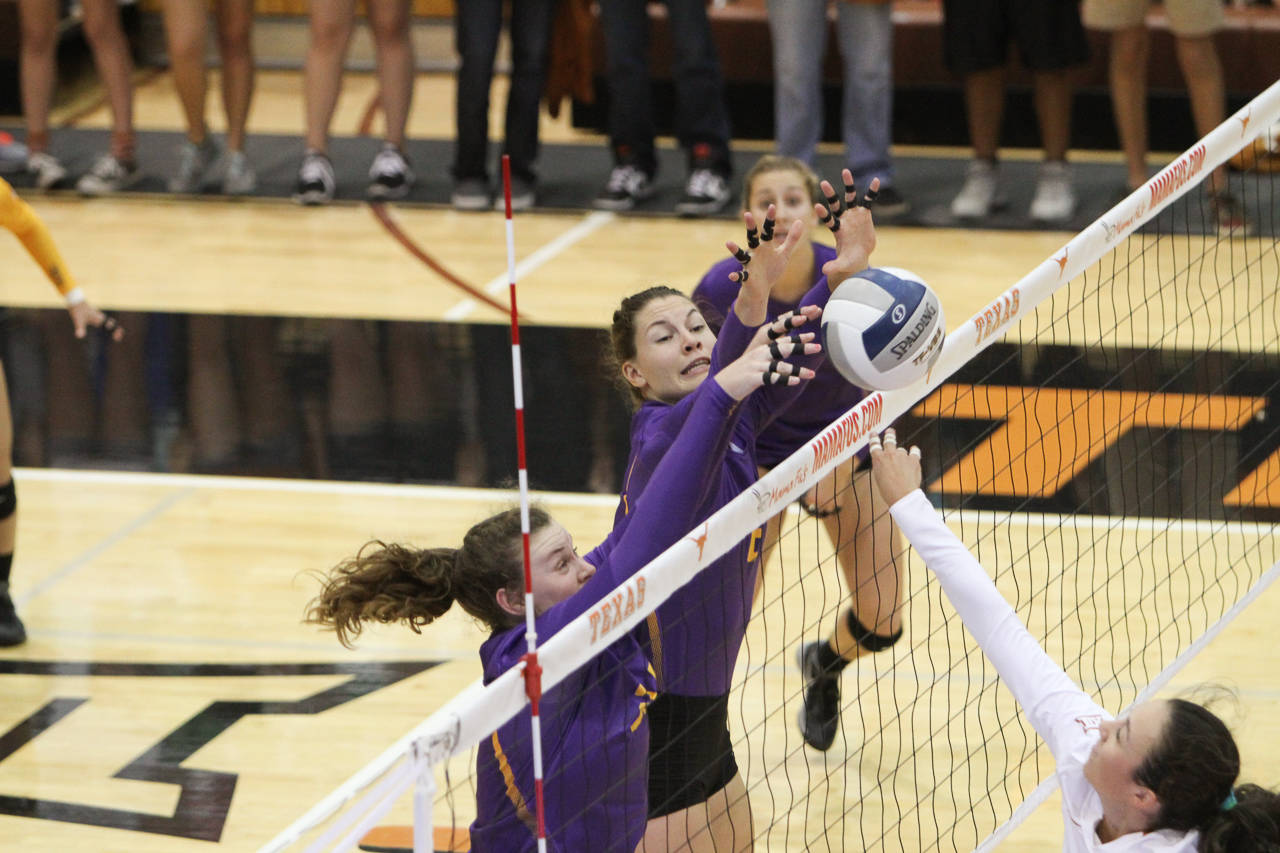 ATHENS, Ohio – The LSU volleyball team fell in straight sets to the Ohio Bobcats, 25-19, 25-19, 25-16 Friday afternoon to open up play in the 2015 Bobcat Invitational at the Convocation Center in Athens.

The Tigers (0-4) opened the match strong hitting .205 as a group after the first set with 16 kills, but from that point on LSU would not earn double-digit kills in either of the final two with just six and seven, respectively. LSU finished the tournament opener hitting .052 as a team, while Ohio (4-1) hit .274 as a group with no less than 11 kills in any of the three sets.

Cati Leak led the Tigers with seven kills, while finishing second on the squad in digs with 11. Gina Tillis and Tiara Gibson each finished with second with six, as Gibson hit .308 with a solo block while Tillis had eight digs.

Cheyenne Wood finished the match with 16 assists for the Tigers, earning a kill and three digs. Haley Smith had 12 digs for LSU, with Katie Lindelow also earning double figures with 10. Emily Ehrle and Lindsay Flory each had two blocks for the Tigers against the Bobcats.

Ohio’s Jaime Kosiorek led all players with 13 kills, earning 11 digs for a double-double. Abby Gilleland had 34 assists, while Meredith Ashy had 14 digs to lead all players.

The Tigers started the match getting the first two points from Gibson kills in the middle. Although the Bobcats would force the tie at 2-2, a Lindelow kill gave LSU the lead back a 3-2. The lead, however, would be in short order as the Bobcats took the next three and raced out to its first lead at 5-3. The two sides split the next 10 points making it 10-8 Ohio, before a 4-1 run by the home side forced LSU into a timeout.

Ohio extended that run by three more points to force another LSU timeout with the Tigers trailing 18-11 and needing to rally. After the second break, LSU would be able to cut the Bobcat lead to five, cutting it to four after a Tillis kill to make the score 21-17, but Ohio would be too much for the team in the end taking the first set 25-19.

After falling behind 5-3 after forcing a handful of ties in the opening of the second set, the Tigers rallied after trailing 6-4 by getting a Tillis kill and an Ehrle service ace to knot the set at 6-6. LSU forced another pair of ties before breaking another with a Gibson kill to give LSU the lead back a 9-8. After Ohio would tie at 9-9 and 10-10, the Tigers got a pair of points from a Leak kill and an Ehrle-Flory combo block to go up two.

Still, the home side found its resolve and rattled off four points to force LSU into its first timeout of the set down 14-12. The Tigers would have to call their second after Ohio scored three of the next four after that to go up 18-14. The cushion would be too much to overcome for LSU in the end as Ohio captured the second 25-19 to take a 2-0 match lead.

A 3-3 tie to open the third was broken by LSU after kills from Gibson and Mimi Eugene to give the Tigers a 5-3 advantage early. Like much of the match, Ohio found a way to retaliate, getting those two points back and knotting the set, leading to two more ties before the Bobcats got three consecutive points to go up 10-7.

The Tigers would get within two after taking four of the next seven to make it 13-11, but from that point Ohio would take control going on a 7-0 run to pull ahead for good and take the final set 25-16 to close the match.

LSU will be back in action Friday afternoon, taking on the Michigan Wolverines at 4 p.m. CT in Athens.