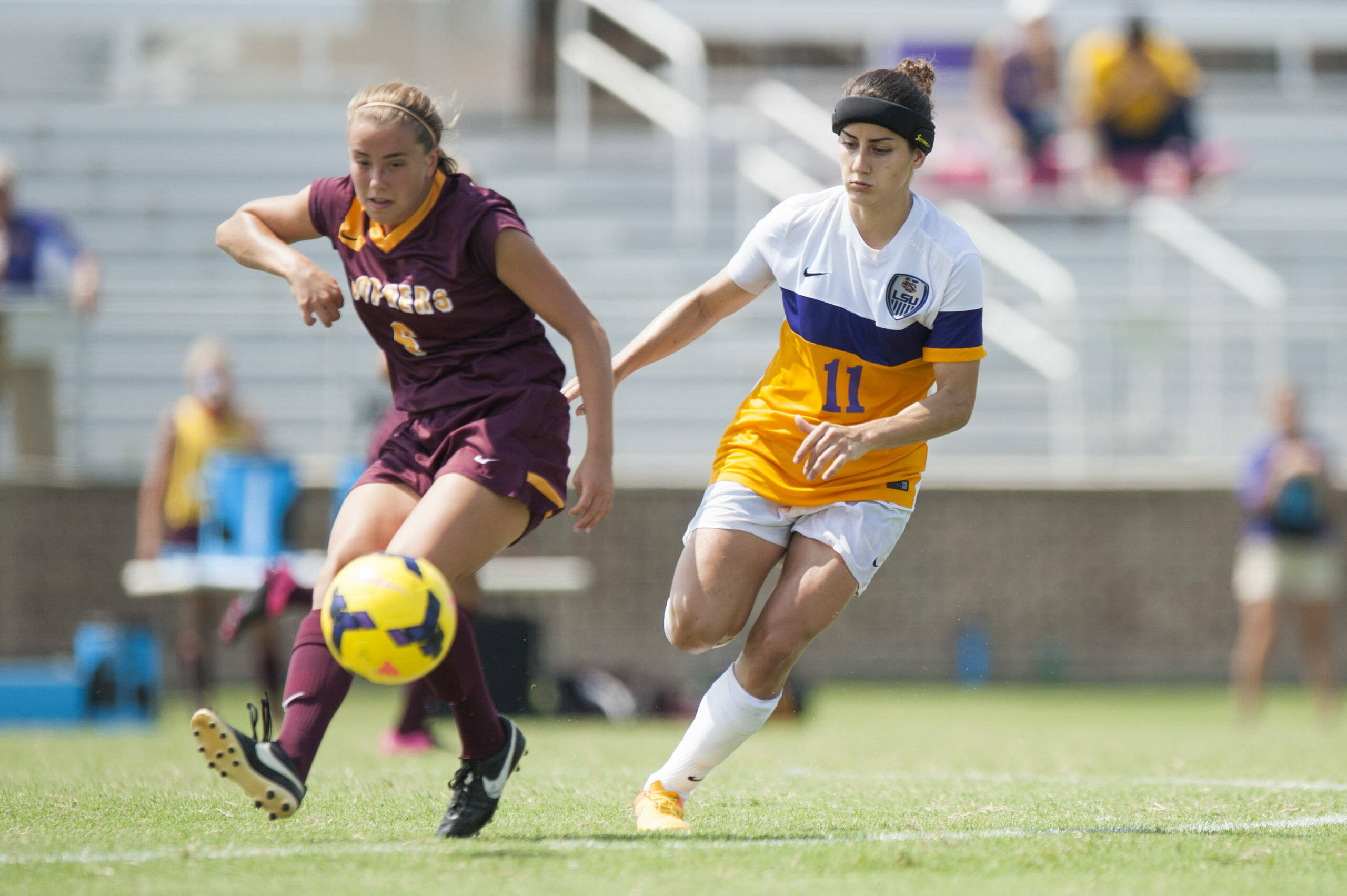 BATON ROUGE – After defending their home turf as champions of the “Battle on the Bayou” last weekend, the Tigers look to continue their unbeaten start to the 2015 season on Friday night when they open up their “Stomp in the Swamp” with a match against Ball State that is set to kick off at 7:30 p.m. CT at the LSU Soccer Stadium.

Fans will be treated to two matches in Friday’s tournament opener as the nightcap between LSU and Ball State will be preceded by Indiana and Middle Tennessee State kicking off at 5 p.m. CT.

Fans can “Geaux Free!” to each of LSU’s 10 remaining home matches during the 2015 regular season as admission is free at the LSU Soccer Stadium once again this season, compliments of The Advocate.

Anyone who is unable to attend Friday’s contest are invited to follow the action on social media as they can receive live updates from the match between the Tigers (3-0-1) and Cardinals (3-1) by following @LSUSoccer on Twitter at http://twitter.com/lsusoccer and Instagram at http://instagram.com/lsusoccer and by liking the LSU Soccer page on Facebook at http://facebook.com/lsusoccer.

Friday’s game marks the first ever meeting on the pitch between LSU and Ball State of the Mid-American Conference as they will kick off at the conclusion of the first match of the evening between Indiana and Middle Tennessee State. The Cardinals are off to a strong 3-1 start to their 2015 season that includes a weekend sweep of Wright State and Indiana University-Purdue University Fort Wayne a week ago.

The Tigers are currently off to their best start to a season since the 2008 campaign when they set a school record with seven-straight wins to start a campaign, just one year after they opened up the 2007 season with a program-record mark of eight matches unbeaten at 6-0-2 en route to earning their first ever trip to the NCAA Division I Women’s Soccer Tournament.

LSU swept its home tournament at the “Battle on the Bayou” last weekend with a 4-1 win over Western Kentucky last Friday night before scoring a 1-0 shutout of Minnesota in their finale on Sunday afternoon.

“We have a committed group of players this season that has worked very hard for nine months to put themselves in a position to succeed at the highest level this fall,” said LSU head coach Brian Lee. “That hard work is paying off in the early part of the season, and we’re looking to build on that with two tough opponents coming in this weekend.

“Ball State has an excellent team that will no doubt will be in the mix for the MAC title this season if their early-season results are any indication. They carry a threat going forward and can score goals, so we will need to be organized and disciplined for the 90 minutes to get the result. Our fans gave us great support last weekend, and we hope they come out in force again to give us that little bit extra.”

The Tigers turned in a dominant defensive display in their most recent victory as they held Minnesota without a shot on goal on four shot attempts in Sunday’s 1-0 win to wrap up the “Battle on the Bayou.”

After being labeled the Defensive Most Valuable Player at the “Battle on the Bayou” last weekend, LSU’s senior defender Alex Arlitt was named to the TopDrawerSoccer.com Women’s National Team of the Week and a CollegeSoccer360.com Primetime Performer of the Week on Tuesday while leading the Tigers to a pair of wins in their home tournament.

Sophomore striker Jorian Baucom provided the scoring punch on the other end of the field as she was named the Offensive MVP at the “Battle on the Bayou” as the tournament’s leading scorer. Baucom served up an assist on Debbie Hahn‘s game-winning goal in the 58th minute before finding the scoresheet herself with the third goal of the match in the 63rd minute in LSU’s 4-1 win over Western Kentucky before netting the winner herself in the 70th minute of Sunday’s 1-0 win over Minnesota.

Baucom has picked up right where she left off as a freshman last fall when she was the team’s leading goal scorer as she tops the charts again with a team-best three goals through four matches in 2015. She has added a pair of assists thus far to take her team-leading total to eight points through the first two weeks of the season to set the pace going forward for the Tigers.

After playing host to Ball State in the nightcap of Friday’s opener at the “Stomp in the Swamp,” the Tigers will wrap up the tournament with a Sunday matinee against the Indiana Hoosiers of the Big Ten Conference for a match that is set to kick off at 1 p.m. CT on the SEC Network+. Sunday’s tournament finale will also feature an 11 a.m. kickoff between Ball State and Middle Tennessee State.