Bobcat Invitational Next For Volleyball 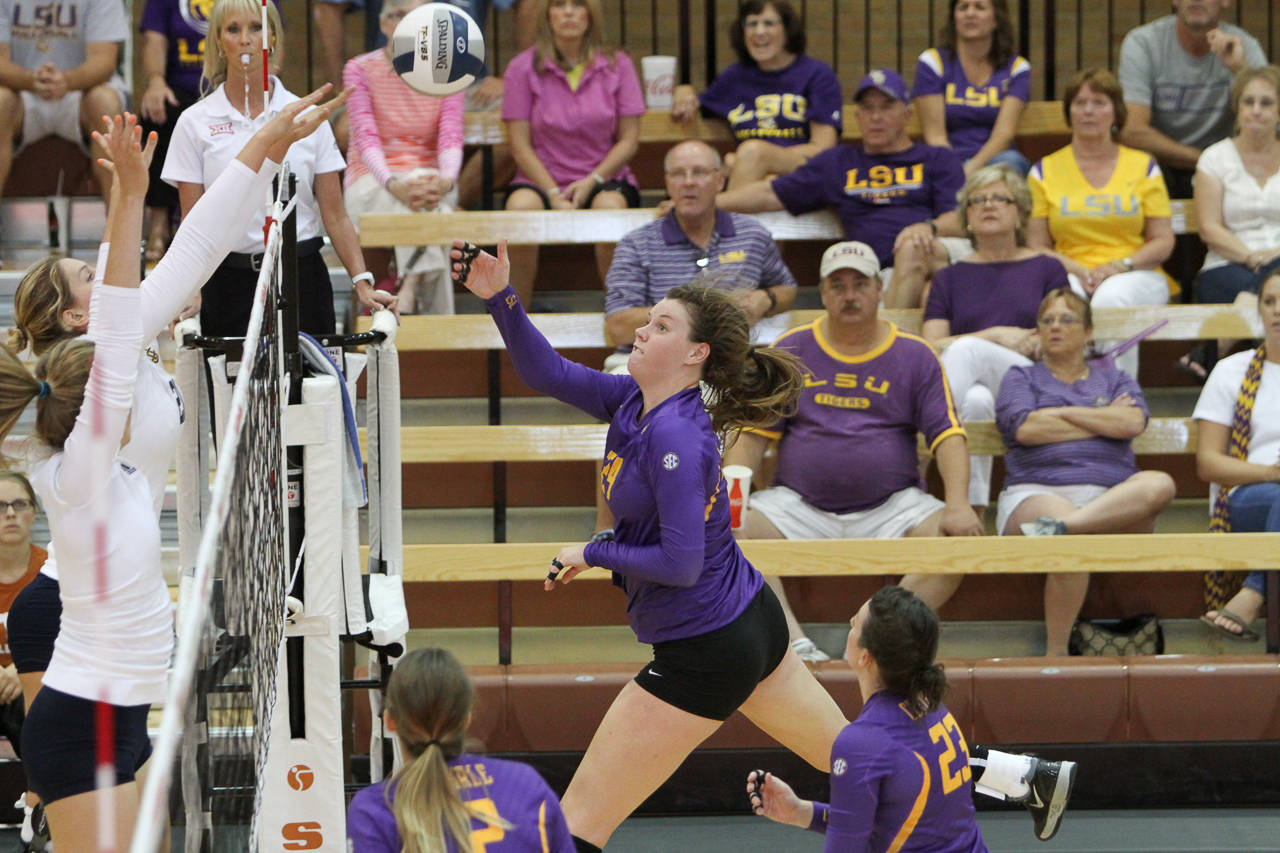 BATON ROUGE, La. – The LSU volleyball team returns to action on Friday, opening play in the 2015 Bobcat Invitational at 11:30 a.m. CT inside the Convocation Center in Athens against the Ohio Bobcats.

The Tigers will play three matches over the course of two days on Friday and Saturday, opening up with the host Bobcats, before returning for an afternoon match against the Michigan Wolverines at 4 p.m. CT in Athens. LSU will close out the tournament on Saturday morning with a contest against the Xavier Musketeers at 9:30 a.m. CT.

All three matches for LSU will be streamed online via OhioBobcats.com, with links to video and live stats available at LSUsports.net. Continues updates of the team will be available through the team’s social media pages on Facebook and Twitter.

The Tigers open another challenging week of non-conference competition on Friday, looking to bounce back after a tough opening weekend last week in Texas. LSU dropped all three of its matches in the American Campus Classic in Austin last Friday and Saturday, and after a week of practice and training will look to get in the win column for the first time in 2015 starting with the Bobcats.

Although the team didn’t get the results they were hoping for last week, the squad showed improvement from the first set to the last, including pushing No. 3 Texas in the final contest for the group last Saturday night in a hostile environment. Although the team may not have to deal with over 3,000 opposing fans in the stands in Ohio, Flory was proud of how the team progressed throughout the weekend.

“I was pleased with the way we evolved throughout the tournament, but certainly disappointed that we weren’t successful in the win-loss column,” she said. “We put ourselves in a bit of a hole record-wise, but I expect us to be successful in that category this weekend.”

Senior Cati Leak led the Tigers in the kill column, averaging 3.00 kills per set for the Tigers in the three matches, earning double-doubles in the first two matches, while also averaging 2.92 digs per set which was second on the team in the weekend. Katie Lindelow, Gina Tillis and Mimi Eugene also averaged over two kills per set for LSU during the American Campus Classic, as the three earned a double-double as well throughout the weekend.

The Tigers will continue to seek improvement in the setter position for the new set of games in Ohio, as Cheyenne Wood paced the attack averaging 4.58 assists per set, while Lindsay Flory averaged 5.00 after playing in five of the 12 sets. Elly Ogle added 31 for an average of 4.43, as Wood and Ogle each had matches with more than 20 assists.

One of the more solid aspects of the team after the week was their play at the net, as the group averaged 1.92 blocks per set, paced by its newcomer duo of junior Tiara Gibson and freshman Brittany Welsh.

Gibson started all three matches and earned eight blocks to finish for the team lead in the category, averaging 0.67 per set, while also adding to the offensive end by hitting .212 with 13 kills to only six errors. Welsh, a Newport Beach, California, native started the final two matches of the tournament and earned eight blocks herself, including having a team-best six against Rice in her first action as a Tiger.

Another aspect of their game that the Tigers picked up from the 2014 season was their penchant for racking up aces, finishing the weekend with 16 for an average of 1.33 per set. Five LSU players finished with no less than two, with Leak having four and Emily Ehrle and Wood having three each.

Senior Haley Smith led the back line in digs averaging 4.08 per set, having 49 on the weekend. The Chalmette product continues her climb up the all-time digs chart, now cracking the top 10 in the tenth position.

Friday’s outing will be the first-ever meeting against the Bobcats, who are 3-1 on the season and coming off a shock upset of No. 10 Kentucky in Lexington on Tuesday night in four sets. The Tigers will meet the Wolverines for the first time since knocking the Maize & Blue out of the 2013 NCAA Tournament, while it will be the third contest against Xavier – the first since the 2011 season.

AT A GLANCE – BOBCAT INVITATIONAL