Aloe Blacc to Perform at Halftime of Nov. 14 Game 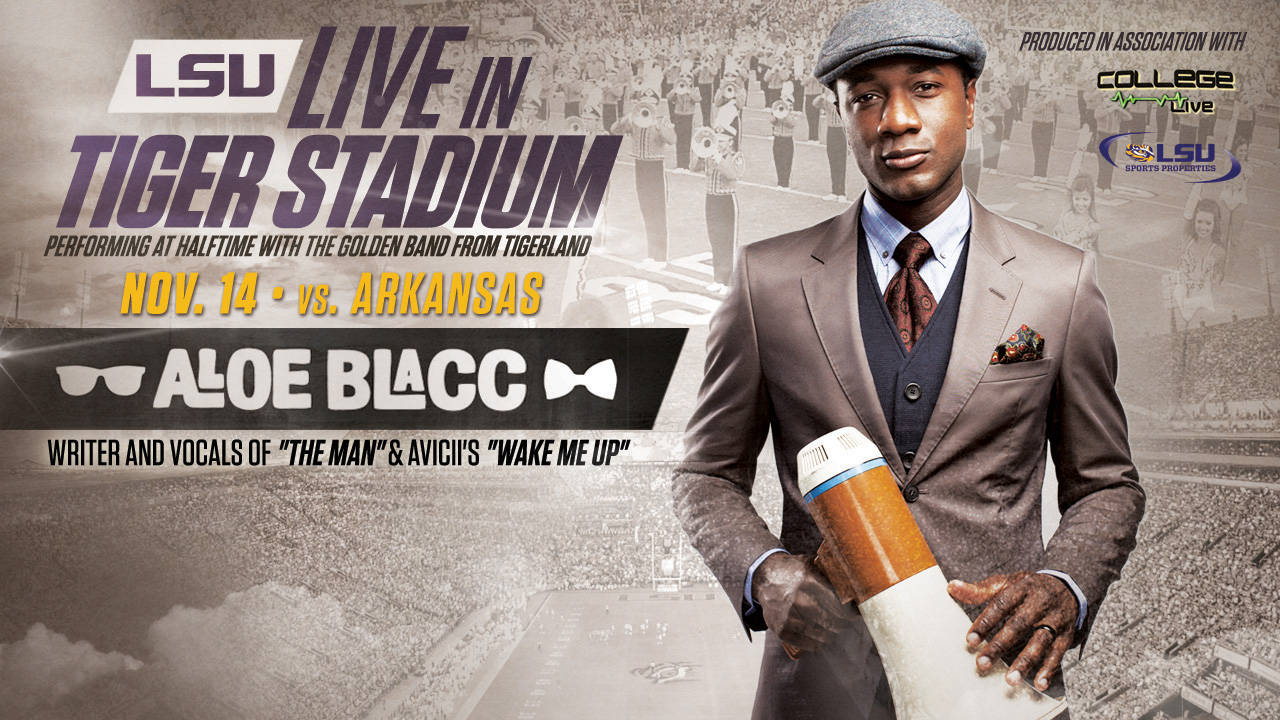 Blacc is the second of two Super Bowl-style performances LSU will hold at halftime during a home game this season. Blacc’s performance will be held in conjunction with the Golden Band from Tigerland.

The LSU Athletic Department, along with LSU Sports Properties, collaborated with College Live to develop special halftime performances that will also be integrated with LSU’s Tiger Band. LSU previously announced OneRepublic will play in Tiger Stadium at halftime of the LSU-Florida game on October 17.

“It is an honor for the LSU Golden Band from Tigerland to share the field with Aloe Blacc.” said Roy King, LSU Director of Marching Bands. “It is another great opportunity for our kids to perform with such a gifted artist in Tiger Stadium.”

Blacc is a Grammy nominated singer, songwriter, producer and actor who is best known for his singles “I Need A Dollar”, “The Man”, and for writing and performing vocals for Avicii’s “Wake Me Up”, which was the number one song in 102 countries.

“Another Saturday in Tiger Stadium just got bigger,” said Don Green, president of College Live LLC. “It is very exciting to bring great artists into Tiger Stadium to play with LSU’s Golden Band from Tigerland. These unique performances will only add to the reputation of Tiger Stadium being one of the greatest places to watch football.”

A limited number of tickets remain for all home games at www.LSUtix.net.