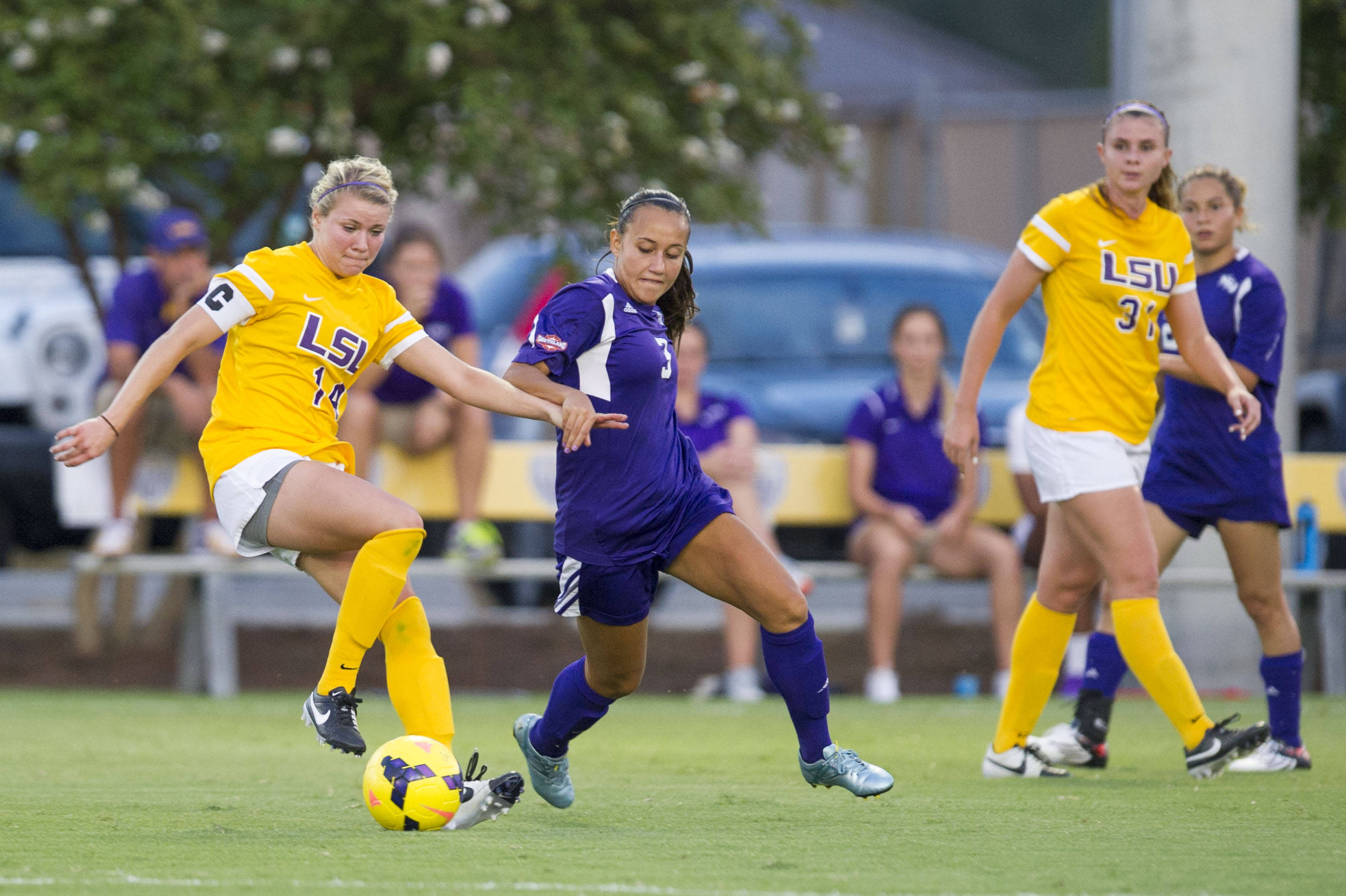 BATON ROUGE – Just one day after she was named to the TopDrawerSoccer.com Women’s National Team of the Week, LSU’s senior defender Alex Arlitt was picked as a CollegeSoccer360.com Primetime Performer of the Week after leading the Tigers to a weekend sweep as the Defensive Most Valuable Player at the Battle on the Bayou last weekend.

Arlitt was chosen among the 11 players nationwide as a CollegeSoccer360.com Primetime Performer of the Week as she is the sixth LSU Tiger to receive the honor for her performance on the field.

Arlitt spearheaded a weekend sweep for the Tigers as they followed a 4-1 win over Western Kentucky on Friday night with a 1-0 shutout of Minnesota on Sunday afternoon to continue LSU’s unbeaten run to open the 2015 season. Their victory over the Golden Gophers was also their first clean sheet of the campaign.

In fact, Arlitt anchored a defensive back line for the Tigers that also featured junior Megan Lee, sophomore Jordane Carvery and freshman Alex Thomas that held Minnesota without a shot on goal in 90 minutes. It was the first time an LSU side held an opponent without a shot on goal since keeping Kentucky off target in 104 minutes in a 1-0 double overtime win in Baton Rouge back on Oct. 8, 2010.

While limiting the Golden Gophers without a shot on goal on Sunday afternoon, Arlitt and her fellow defenders limited the opposition to just four shot attempts in the match, including one in the second half.

Arlitt was part of an LSU back line that kept Western Kentucky and Minnesota to a combined total of three second-half shots in their games this weekend, with the Tigers outshooting their opponents by 21-3 margin in the second halves of both games at the Battle on the Bayou. Their performance was instrumental in the Tigers running their unbeaten record to 3-0-1 to start the season.