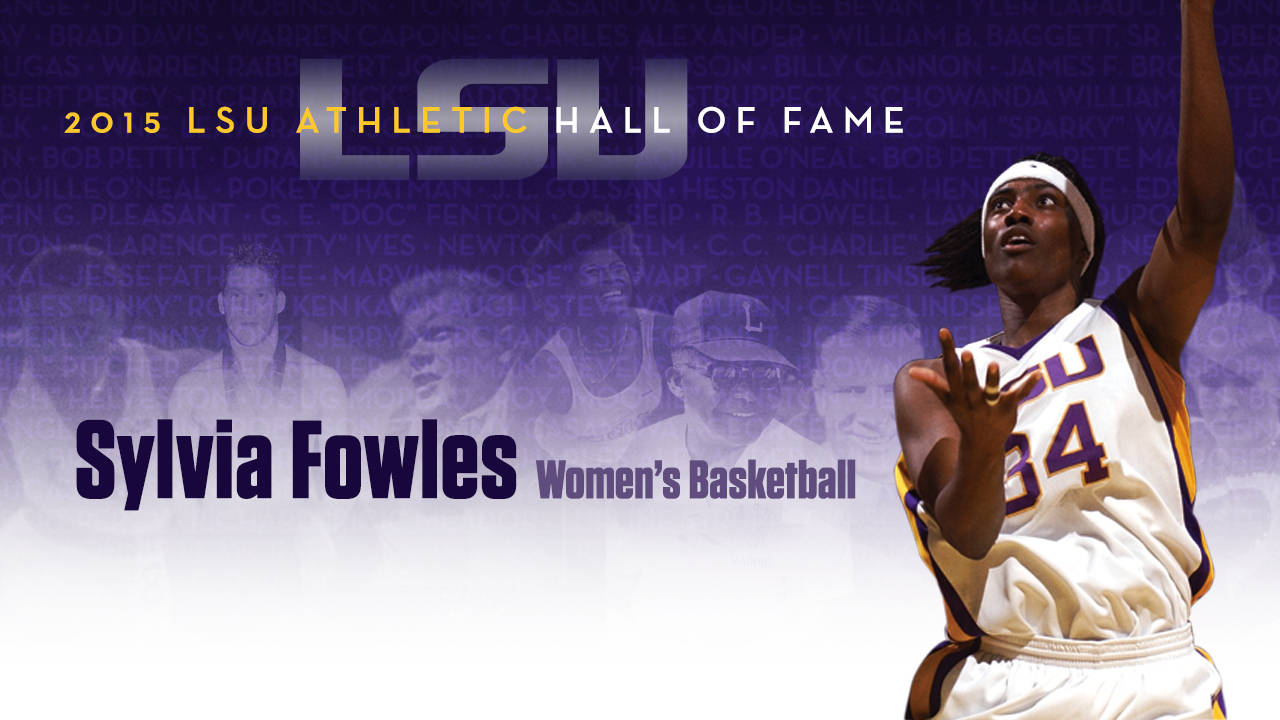 When one thinks of a successful basketball career, they may think of going to a Final Four or becoming an All-American, but for LSU alumna Sylvia Fowles, the four Final Four appearances from 2005-08 and Olympic gold medals in 2008 and 2012 are just a few of the items on her list of many major feats in the sport of women’s basketball.

A native of south Florida, Fowles chose LSU for a number of reasons. She had high school teammates recruited by LSU, and coach Sue Gunter and her staff impressed Fowles. After meeting Gunter her freshman year of high school, Fowles became heavily recruited by LSU for her outstanding performances, including two dunks in a single game her ninth grade year.

“I automatically fell in love with Coach Gunter, and that’s how I ended up going to LSU,” said Fowles.

Although Gunter was not able to coach Fowles due to her sudden decline in health, Gunter’s staff continued her coaching legacy as Fowles became a part of the LSU family.  Fowles credits her success after her college to the direction of LSU assistant coach Bob Starkey and his influence on her game at an early stage.

“He was one of the best things to ever happen to me my freshman year,” said Fowles, who currently plays for the WNBA’s Minnesota Lynx. “Back then, you’re a freshman and you never understand what he’s trying to make you do or what he’s preparing you for, but he definitely got my mind right coming into the WNBA so a lot of credit goes to Coach Starkey.”

Fowles started out as a volleyball player and track star, but after growing four inches the summer before she entered the eighth grade, she finally gave into the middle school basketball coach’s pleas for her to join the team.

“When I first started out I really just had raw talent, I really wasn’t good,” Fowles said. “My defense was good and I pretty much just outran everyone, so that made me mediocre for the time being.”

Once she entered high school, Fowles began to see that raw talent develop and she became a starter in her first game in the ninth grade. It became apparent to her that she had a future and a way to better the life of her family.

During her time at LSU from 2004-08, Fowles accumulated 107 starts, became the fifth player in school history to reach the 2,000 point milestone, and received countless national accolades. Out of all of her impressive accomplishments the best moment for her during her LSU career was her freshman Final Four in 2005.

Gunter, who was forced due to illness to retire from coaching in January 2004, was not Fowles’ coach for the ’05 Final Four, but her influence within the program remained strong.

“In high school we had won three out of four state championships, but just making it to the Final Four and being with the coaches that we had and all the emotion behind Coach Gunter’s illness, I would definitely have to say my first Final Four was my most memorable moment of being at LSU.”

After her time at LSU, Fowles was drafted second overall by the Chicago Sky, where she played from 2008-2014. This summer, she was traded to Minnesota, and she continues to excel at the pro level.

Not only has Fowles had a successful WNBA career, she also played for Team USA in the 2008 and 2012 Olympics.

Fowles and LSU teammate Seimone Augustus became the first two former Lady Tiger basketball players to play for the U.S. Olympic team in 2008 and won gold medals in both the Beijing and the 2012 London Olympics. After Fowles’ trade to the Lynx, she and Augustus were able to rejoin on the court once again, playing side-by- side with a third different team.

“To be with a core group of the best of the best and knowing that there is no higher competition,” Fowles explained, “that’s just credit due to your past, your work ethic, your coaches and your teammates helping you get to that point.  Being a part of the USA team has really opened my eyes to so many areas.”

Fowles’ outstanding résumé has gotten her to where she is today. Her testimony to hard work and dedication became the gateway to achieving the honor of becoming an LSU Athletic Hall of Fame inductee. When she received the call from LSU, her knees got weak and she didn’t know what to say.

Her accomplishments at LSU are something many players aspire to achieve but she does not take all the credit for herself.

“I just go back and appreciate all my coaches down the line and my teammates,” Fowles said.  “All of them always pushed me to my limits. Nobody ever let me settle, and nobody ever babied me along the way. They always pushed me, and that’s something that I’m truly grateful for.”

To those that seek to get to her level one day, she says it takes hard work and dedication by keeping a balance of the coach’s influence and self-awareness on the court.