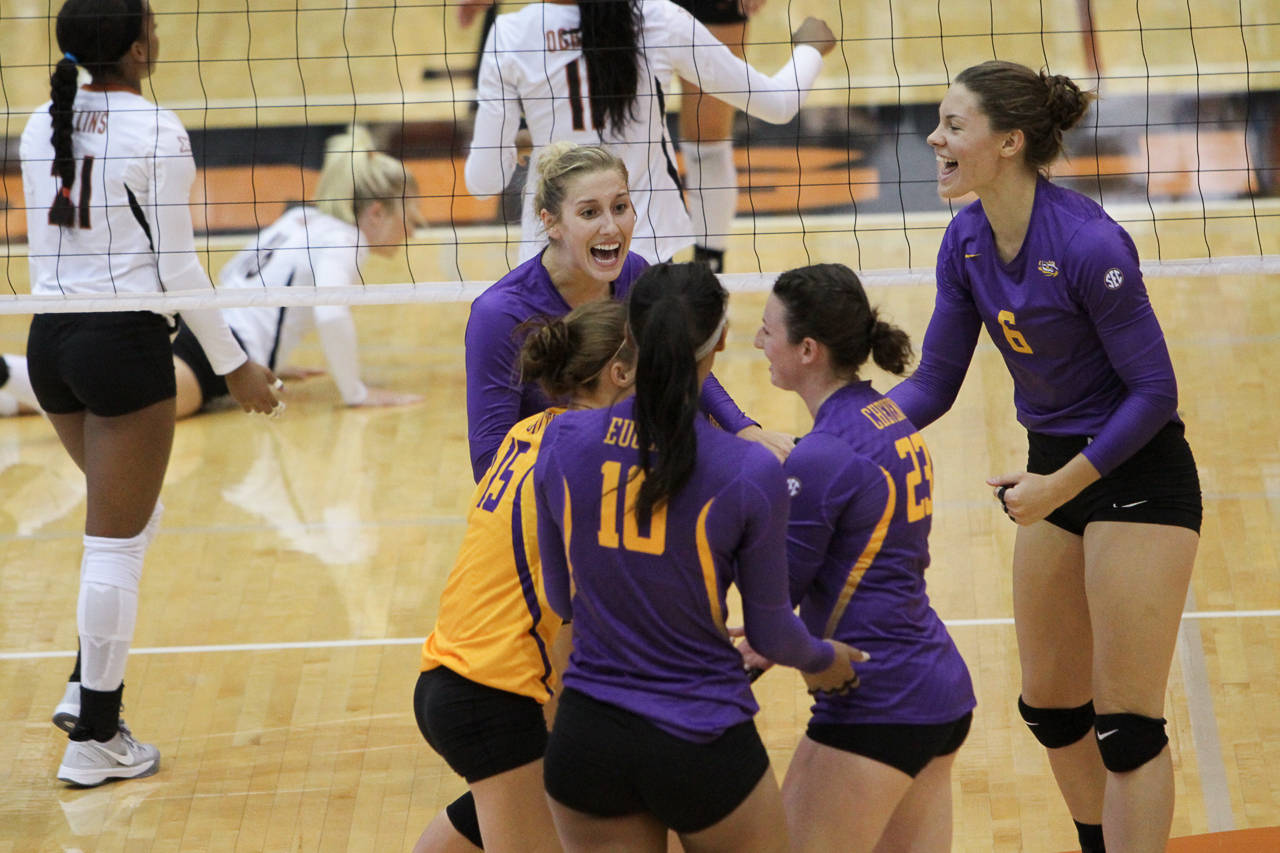 Notes on the Tigers
LSU opens the second week of play this weekend, traveling to take part in the Bobcat Invitational hosted by Ohio University at the Convocation Center in Athens… LSU will take on Ohio and Michigan on Friday, closing the event Saturday morning against Xavier… The Tigers dropped all three matches last weekend in the American Campus Classic in Austin, Texas… The Tigers out-blocked their opponents 23.0-18.0, averaging 1.92 to 1.50 blocks per set… LSU earned 16 service aces to their opponents’ 12 in the three matches… LSU fell in four to UC Irvine, five to Rice and three to No. 3 Texas… Senior Cati Leak led LSU last weekend in kills, finishing the tournament with 36 for a 3.00 kills per set average, while finishing second in digs with 35 with a 2.92 digs average… Leak had double-doubles in the first two games and had the highest kill output in a match with 18 in the opener against UCI… Katie Lindelow finished second in kills with 32 for a 2.67 kills average, finishing right behind in digs with 33 averaging 2.75… Lindelow earned a double-double with 11 kills and 17 digs against Rice… Sophomores Mimi Eugene and Gina Tillis were the other two LSU players to produce double-doubles with Tillis’ coming against Rice with 14 kills and 13 digs, while Eugene’s came off the bench against Texas with 11 kills and 10 digs… Tillis tied or set new career highs in digs, blocks and service aces against Rice… Cheyenne Wood led the stable of setters with 55 assists, averaging 4.58 per set, while Elly Ogle had 31 to average 4.43 and Lindsay Flory having 25 and averaging 5.00… Wood’s high was 23 against UCI, while Ogle had 21 against Rice and Flory had 14 against UCI… Junior Tiara Gibson and freshman Brittany Welsh tied for the team lead after the weekend in blocks with eight each… Gibson had all eight on the assisted end, while Welsh had a solo block and seven assisted… Haley Smith led the Tigers in digs, averaging 4.08 per set with 48 over the weekend… Smith earned her first 20-plus dig match of the year in game two, having 21 against Rice.