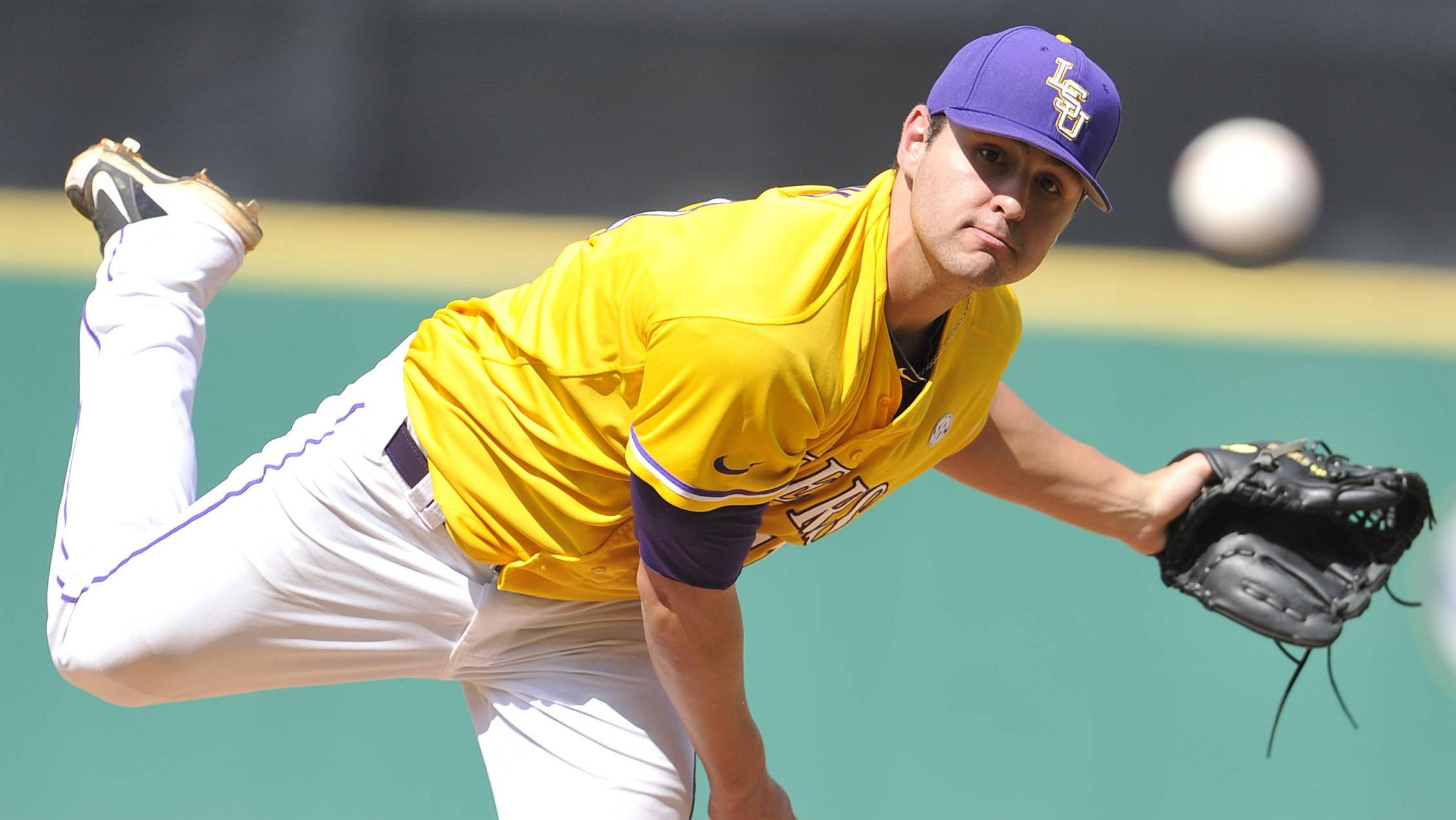 BATON ROUGE, La. — Former LSU pitcher Nick Goody made his Major League Baseball debut Thursday night for the New York Yankees, recording a strikeout in 0.1 inning of relief against the Texas Rangers in Arlington, Texas. Goody’s strikeout came in the bottom of the eighth inning with the score tied 6-6.

Tigers in the Majors | Minors

Goody, selected by the Yankees in the sixth round of the 2012 MLB Draft, was signed to a Major League contract and selected to the Yankees’ 25-man roster last Saturday from Triple-A Scranton/Wilkes-Barre. He started the 2015 season at Double-A Trenton, where he was 1-2 with a 1.73 ERA in 29 appearances.

He had a 1.35 ERA in five outings in Triple-A, and with 70 strikeouts against 14 walks over his combined 48 1/3 innings, Goody had averaged 13 strikeouts per nine innings.

Goody pitched the 2012 season at LSU as the Tigers’ closer, making 35 appearances while recording a 1-2 mark and a 2.67 ERA in 33.2 innings with four walks, 45 strikeouts and 11 saves (third in the SEC). He turned in a dominating effort to earn the save in the 2012 NCAA Regional final versus Oregon State, as he struck out the side in the bottom of the 10th by throwing just 14 pitches.

He earned the save at South Carolina on the final day of the 2012 regular season, clinching the SEC title for LSU by retiring the final two batters with the tying run at first base in a 3-2, 10-inning Tigers’ win.

LSU has had at least one former player make his MLB debut in 23 of the past 25 seasons. The Tigers have produced a total of 69 Major Leaguers during their illustrious baseball history.