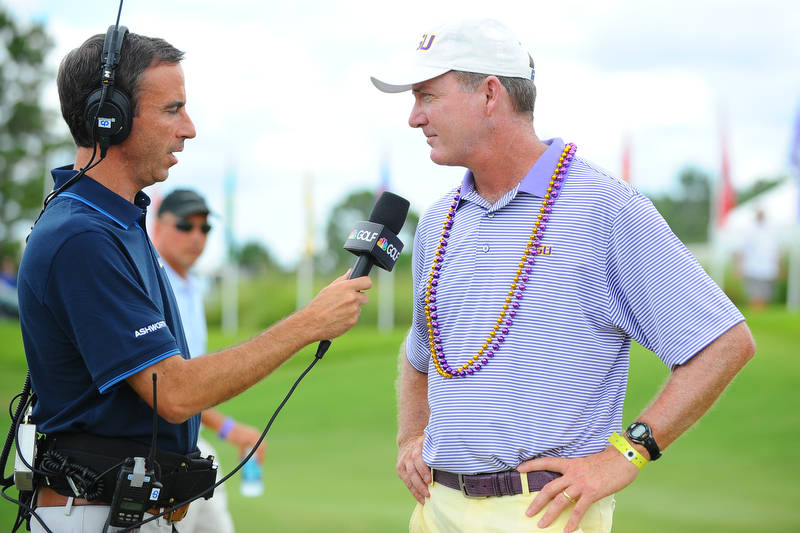 Winstead is among seven annual award winners selected by the Greater New Orleans Sports Awards Committee that will be recognized during the banquet to be held at the Mercedes-Benz Superdome.

Sponsored by the Allstate Sugar Bowl, the Greater New Orleans Sports Awards Committee selects annual award winners in addition to selecting each year’s Hall of Fame class and Amateur Athletes of the Month. The winners of this year’s Jim Corbett Awards recognizing Louisiana’s top male and female amateur athletes and this year’s Hall of Fame class will be announced in the coming days.

The Tigers also won a three-shot victory at the SEC Men’s Golf Championships held April 15-17 with a winning score of 13-under par 827 at Sea Island Golf Club in St. Simons Island, Georgia. LSU’s title sweep capped the 2014-15 season in which the Tigers equaled a program record with five tournament wins, including the Golfweek Conference Challenge, David Toms Intercollegiate and Talis Park Challenge.

After capturing their 16th SEC championship in the team’s history with their first win at the conference tournament since 1987, the Tigers were then crowned national champions for the fifth time in program history and the first time in 60 years after also winning the NCAA team championship during the 1940, 1942, 1947 and 1955 seasons. The Tigers matched the school’s single-season record of five wins from 1959-60.

Winstead’s Tigers also raked in the individual awards for their performance to highlight an unprecedented season of success in the storied history of the LSU Men’s Golf program.

After each were named Second-Team All-SEC performers following their victory at the SEC Championship, senior Stewart Jolly, junior Zach Wright and sophomores Brandon Pierce and Eric Ricard were each selected as PING All-Southeast Region selections by the Golf Coaches Association of America. Pierce, Ricard and Wright then went on to be named PING Honorable Mention All-Americans by the GCAA, while Pierce also joined his head coach in being recognized by Golfweek as a Third-Team All-American following his breakout sophomore season in 2014-15.