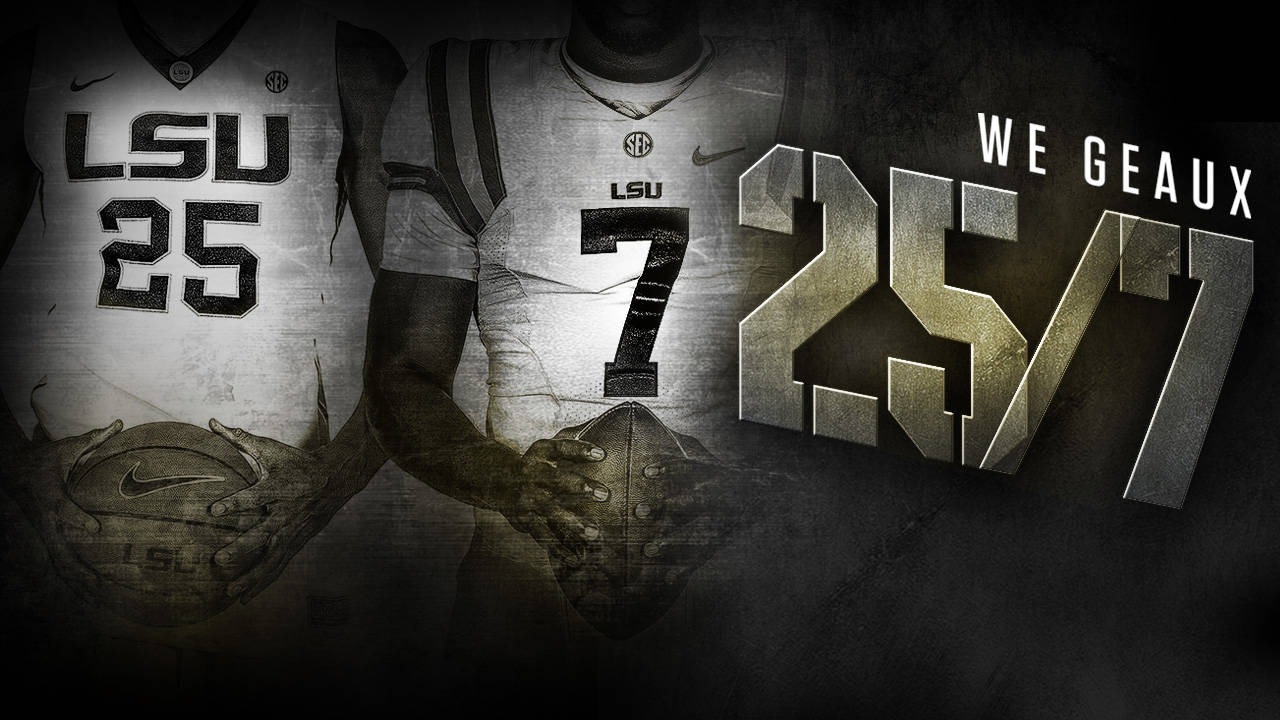 The “Geaux 25/7” campaign will also focus on the extra effort LSU student-athletes are putting in to prepare for their upcoming seasons.

The campaign is based on the jersey numbers of incoming LSU Basketball freshman Ben Simmons and football star sophomore running back Leonard Fournette. Simmons is No. 25 and Fournette No. 7, with the campaign a “play” off their competition numbers.

Both Simmons, in the 2015 signing class in basketball, and Fournette, in the 2014 football signing class, were No. 1 player in many national recruiting rankings when they came to LSU.

Tickets available to purchase in this campaign are as follows:

Football – Individual game tickets for all home games expect Auburn (Sept. 19). The Auburn game is available as part of a two-or-four-game package of tickets. Ticket prices start as low as $15 for the Western Kentucky and Eastern Michigan games. More information and ticket sale are at LSUtix.net.

Men’s Basketball – Season tickets for the 2015-16 campaign, one of the most highly anticipated in years, can be locked in starting at $100. Those tickets and information is available at LSUtix.net.

As part of the campaign, Simmons is joined by freshmen Antonio Blakeney and Brandon Sampson of LSU’s highly respected and ranked recruiting class of 2015-16 and returning stars junior Tim Quarterman and senior Keith Hornsby.

The LSU football team opens its 2015 season on Sept. 5 in Tiger Stadium at 6:30 p.m. against McNeese State University. The Tiger basketball squad will have its first game on the night of Nov. 13 on the eve of the LSU-Arkansas football game.