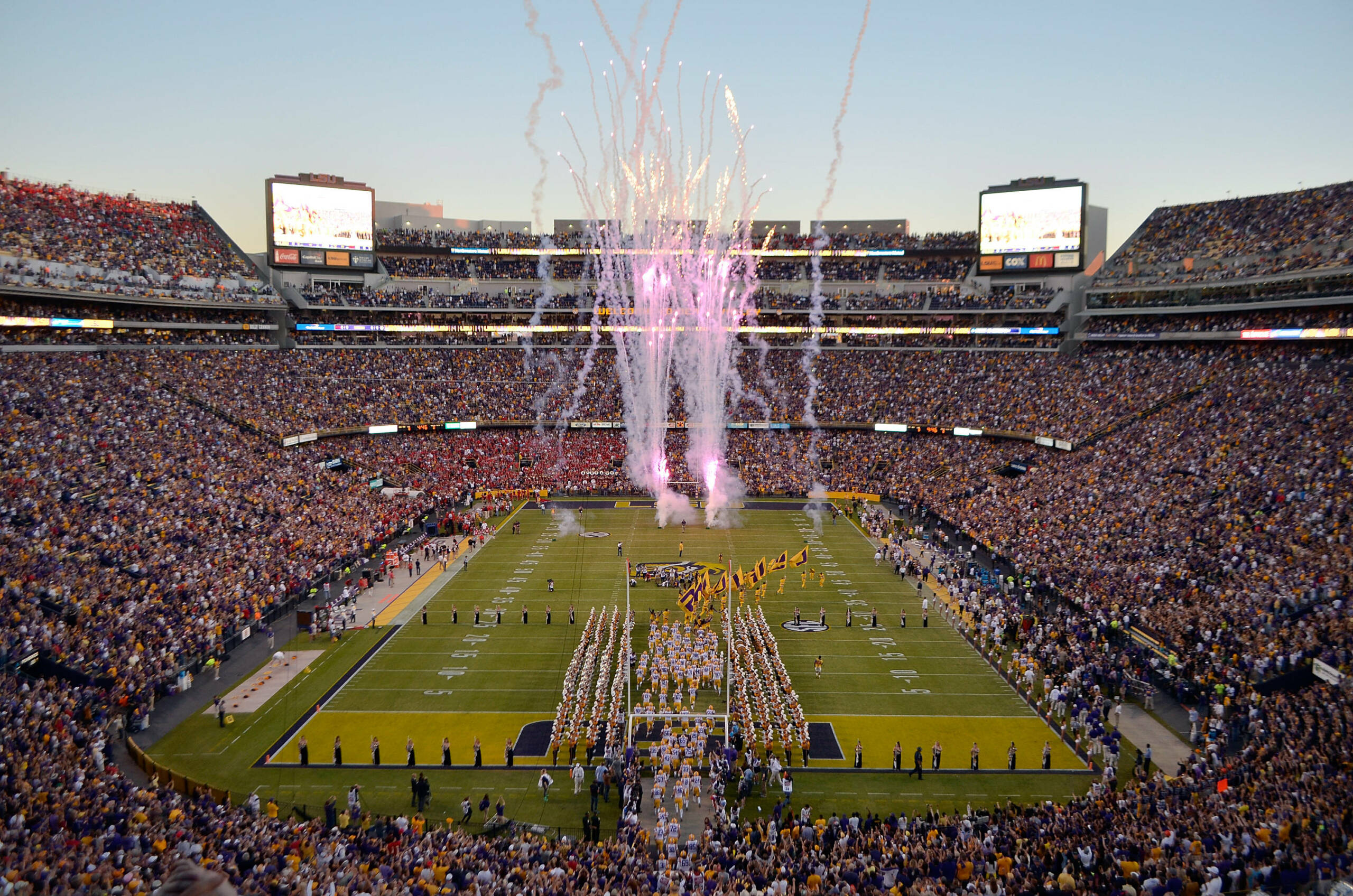 BATON ROUGE – For the 15th-straight season, LSU football ranked among the top 25 teams in the nation as the Tigers were tabbed No. 13 in the preseason Amway Coaches Poll released Thursday.

It is the fifth-straight season and 10th time in 11 seasons under head coach Les Miles that the Tigers will open the year ranked in the top 15 of the coaches’ poll.

Four of LSU’s 12 opponents in the 2015 season appear in the poll, while four more received votes.

LSU’s ranked foes in 2015 include Alabama at No. 3, Auburn at No. 7, Ole Miss at 15 and Arkansas at 20. Mississippi State, Texas A&M, South Carolina and Florida are receiving votes.

Individual tickets are on sale for all seven home games as well as road contests at Mississippi State, Syracuse and South Carolina. Two-game and four-game ticket packages are also available for purchase. Visit www.LSUtix.net to purchase tickets starting as low as $15.

LSU reports to fall camp on Wednesday, Aug. 5 before taking the field for the first practice on Thursday, Aug. 6.

LSU opens its 2015 campaign on Sept. 5 in Tiger Stadium against McNeese State. Kickoff will be at 6:30 p.m. CT on the SEC Network Alternate Channel.

Pregame featuring “Voice of the Tigers” Jim Hawthorne on the LSU Sports Radio Network will begin at 4:30 p.m. from Zatarain’s Tiger One Village between Tiger Stadium and the Maravich Center.

List of Voters
The Amway Board of Coaches is made up of 64 head coaches at Bowl Subdivision schools. All are members of the American Football Coaches Association.