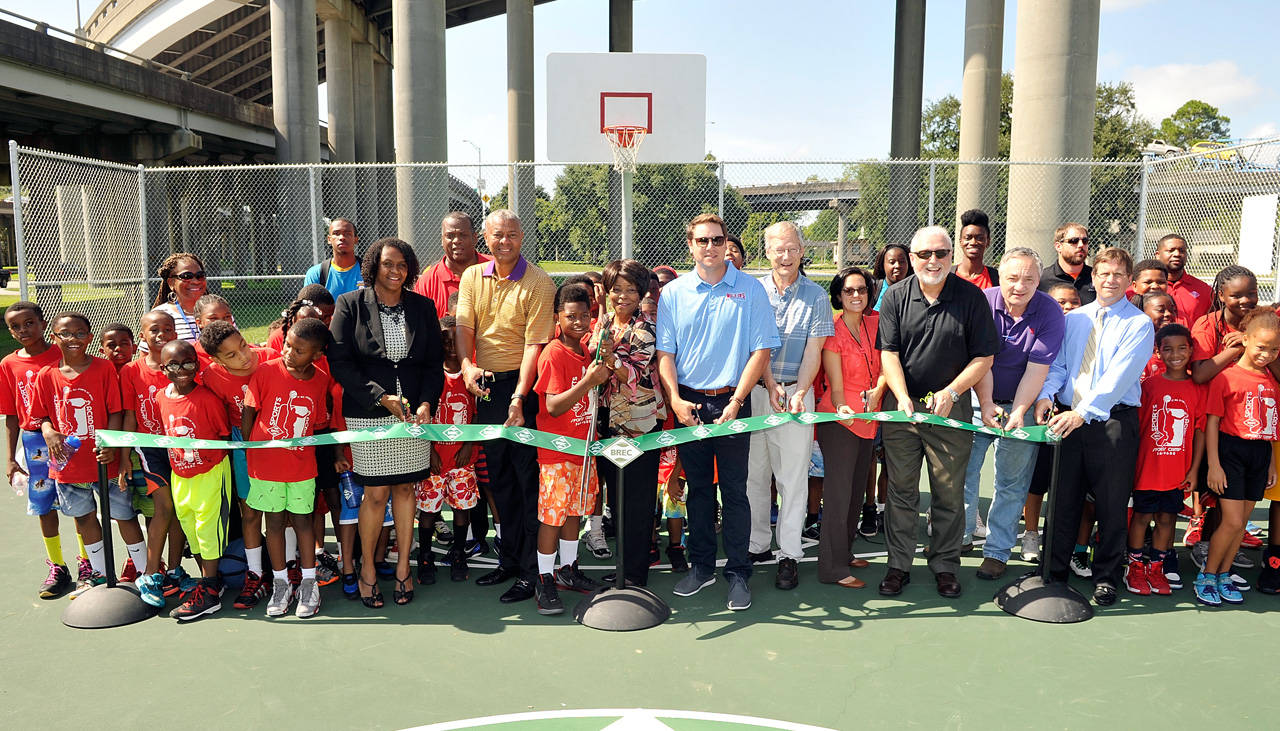 BATON ROUGE – The benefit of the first two “Johnny Jones Courts For Kids” golf events was realized on Tuesday with the ribbon cutting for the first court located at Expressway Park on South 11th Street.

The park features a playground, recreation center, picnic areas, a practice football field, and a trailhead to the Downtown Greenway. The outdoor basketball court was made possible through the generosity of tournament sponsor Walk-On’s and Coach Jones’ courts program.

Funds raised through the Courts for Kids golf tournament went toward the construction of the court. The total cost of the project was $22,000.

The Courts for Kids program’s mission is to refurbish courts in local communities around Louisiana. This particular court was formerly a tennis court that has been refurbished and made into one full basketball court and one half basketball court. Other new amenities include new fencing, new basketball goals, bleachers, and a newly painted surface featuring both the BREC and Walk-On’s logos.

Coach Jones will continue his tournaments and a date for the next one will be announced shortly by the LSU Basketball Office.