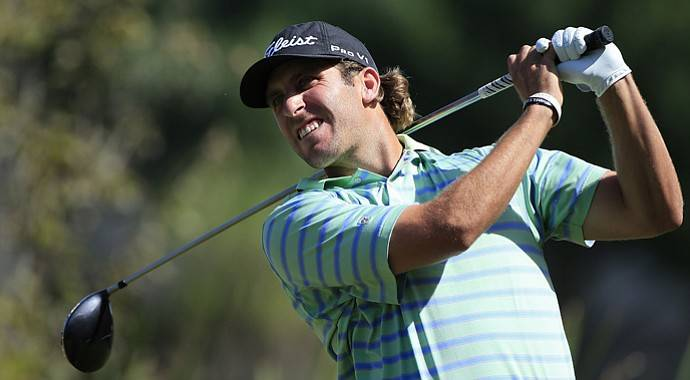 BATON ROUGE – While LSU’s senior All-American Ben Taylor was making his major championship debut at The 144th Open Championship at St. Andrews this week, former Tiger standout Andrew Loupe was back here in the United States earning his second career PGA TOUR top-10 finish by tying for sixth place at the Barbasol Championship in Opelika, Alabama.

One of four former LSU Tigers to make the cut at Robert Trent Jones’ Grand National along with David Toms, Smylie Kaufman and John Peterson, Loupe fired a 6-under par 65 in the final round for a 72-hole score of 13-under par 271 to finish in a four-way tie for sixth place on the final Barbasol Championship leaderboard.

Loupe cracked the Top 10 in a PGA TOUR event for the first time since the 2014 Valero Texas Open held at the JW Marriott TPC San Antonio when he earned his first career top-10 finish.

A native of Baton Rouge and former two-time All-American with the Tigers during his collegiate career, Loupe finished six shots off the pace set by Barbasol Championship winner Scott Piercy, who fired a winning score of 19-under par 265 for 72 holes at Grand National, including back-to-back scores of 6-under 65 in the third and fourth rounds to win by three shots.

Will Wilcox followed in second place with a total of 16-under 268 for the championship, while Ricky Barnes, Whee Kim and Alabama All-American Robby Shelton (a) trailed in a tie for third place at 14-under 270.

Toms also cracked the Top 20 for the fourth time in the 2014-15 PGA TOUR season and the second time in his last three starts by firing a 10-under 274 for 72 holes to tie for 19th place in the event. Toms’ appearance was highlighted by scores of 5-under 66 in Thursday’s second round and a 4-under 67 in Sunday’s final round to finish nine shots out of the lead.

Kaufman took a big step up in his professional career this week by making his first ever cut in a PGA TOUR event as he tied Peterson for 66th place at the Barbasol Championship with a final score of 2-under par 282. The Web.com Tour rookie opened with rounds of 2-under 69 on Thursday and 3-under 68 on Friday before ending with scores of 2-over 73 and 1-over 72 the final two days in his first weekend playing the PGA TOUR.

Kaufman’s rookie season on the Web.com Tour has been highlighted by his first professional victory at the United Leasing Championship Presented by PTI in May, while he also tied for fourth place in two back-to-back starts at the Chitimacha Louisiana Open in March and the El Bosque Mexico Championship in April.

Peterson has now made the cut in 18 of his 21 starts on the PGA TOUR during the 2014-15 season after tying for 66th place at the Barbasol Championship on Sunday. He has finished among the top 20 of the leaderboard in five starts this season with a best finish of tying for 11th place at the 2015 Valero Texas Open held March 26-29, while earning a career-best $711,105 this season to rank 110th on the official PGA TOUR Money List going into this weekend’s action at Grand National near Auburn, Alabama.