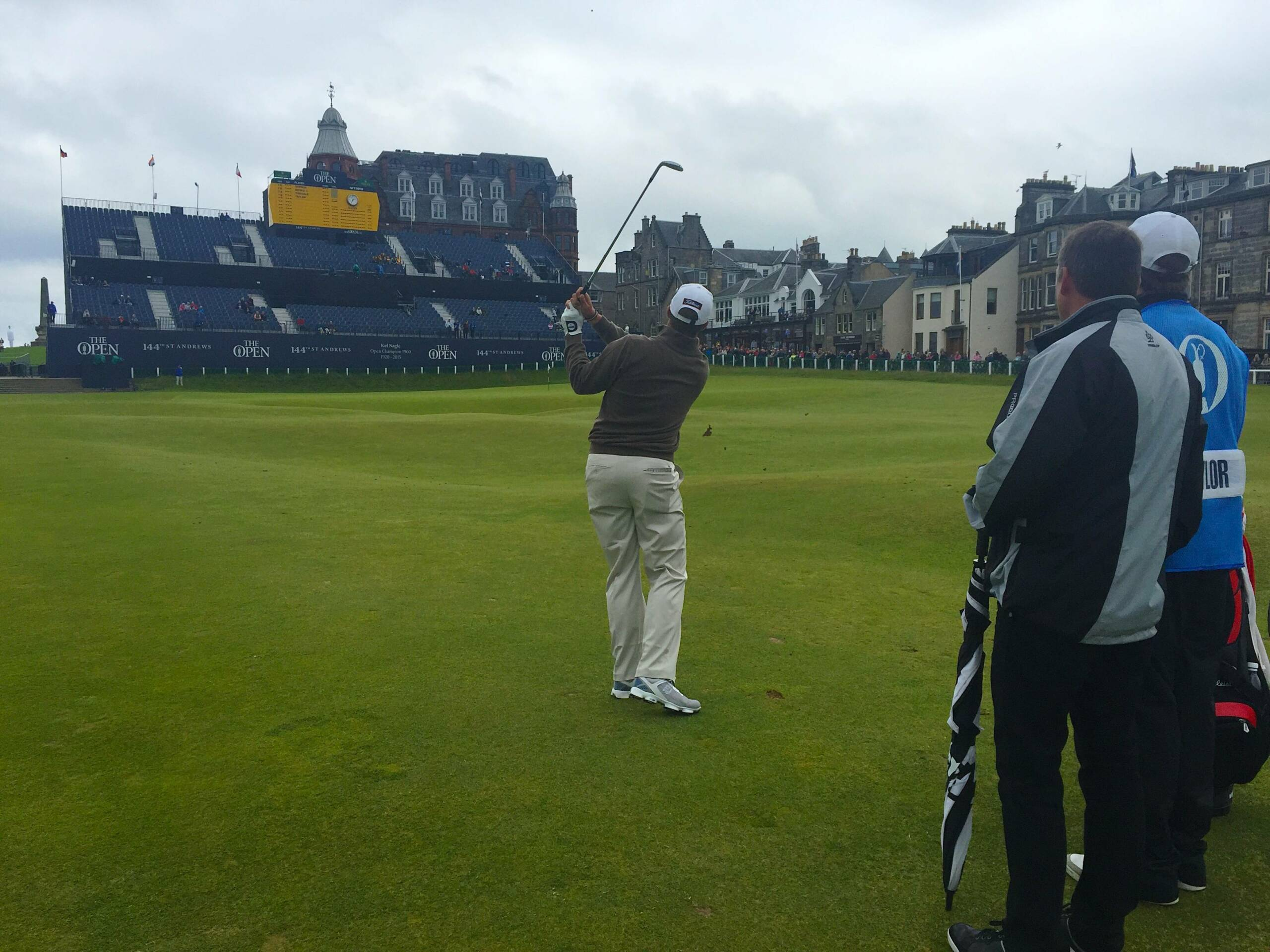 BATON ROUGE – LSU’s senior All-American Ben Taylor rebounded from an opening 10-over par 82 in Thursday’s first round by firing a 1-over par 73 in Friday’s second round to finish off his major championship debut with an appearance at The 144th Open Championship being held this week at The Royal & Ancient Golf Club of St. Andrews in Scotland.

Taylor teed off at 8:04 a.m. CT to start the second round that was delayed by torrential rain early on at The Old Course after originally being scheduled to tee off at 4:50 a.m. CT from the first tee.

He carded three birdies and four bogeys on his round en route to a solid score of 1-over 73 on the day. Taylor quickly dropped to 2-under par on the front nine with back-to-back birdies at the par-four third and fourth holes before giving two shots back with bogeys at the par-four sixth and par-three eighth holes to make the turn at even-par for the day.

Taylor, who ended his senior season at LSU by leading the Tigers to the national championship with a perfect 3-0 record in match play at the NCAA Division I Men’s Golf Championships, was the first LSU Tiger to tee off at the Open Championship in six years since David Toms last appeared in the event at The Ailsa Course at Turnberry during the summer of 2009.

While playing as an amateur at St. Andrews this week, Taylor will soon embark on his professional career after attempting to represent Great Britain & Ireland at the 2015 Walker Cup to be played in September at Royal Lytham & St. Annes Golf Club in Lancashire, England. Dating back to its inaugural event in 1922, the Walker Cup is one of the leading amateur events in golf and is contested every two years between the top amateur golfers from the United States and Great Britain & Ireland in a Ryder Cup-style format.

Taylor’s form with the Tigers during the 2015 spring season and now on the amateur circuit in the United Kingdom this summer has him well under consideration for a spot on Great Britain & Ireland’s Walker Cup team.

He has enjoyed an outstanding summer playing the amateur circuit in the United Kingdom that also includes a run to the Round of 32 of match play at The 120th Amateur Championship at Carnoustie Golf Links in Angus, Scotland. He tied for seventh place among a field of 288 players in stroke play qualifying with a score of 3-under par 139.

After following his appearance at the British Amateur by advancing to the final qualifying tournament for The Open Championship with a tie for fifth place in his Open Regional Qualifying event at Hankley Common Golf Club on June 22, he claimed yet another top-10 finish with seventh place at the Brabazon Trophy that ended on June 27 at Notts Hollinwell Golf Club in Nottinghamshire, England.