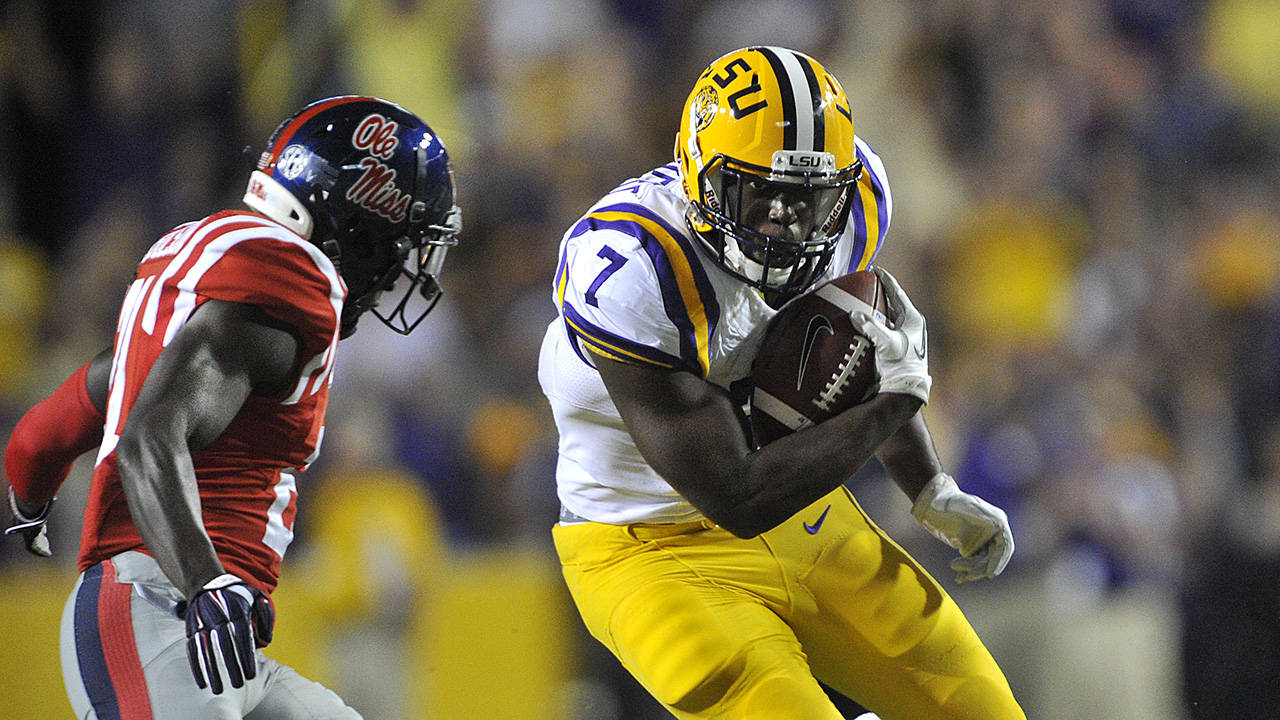 BATON ROUGE – LSU sophomore running back Leonard Fournette earned a spot on a fourth preseason award watch list as the Walter Camp Football Foundation announced Friday the names of 50 “players to watch” for its 2015 Player of the Year award.

Fournette was also named to the watch lists for the Hornung Award, Maxwell Award and Doak Walker Award.

A New Orleans native, Fournette was one of three Tigers, along with Vadal Alexander and Kendell Beckwith, to represent the team at SEC Football Media Days on Thursday.

The Walter Camp Player of the Year award watch list will be narrowed to 10 semifinalists in mid-November. The winner will be announced live on ESPN SportsCenter on Dec. 10.

The award is voted on by all 128 NCAA Bowl Subdivision head coaches and sports information directors.