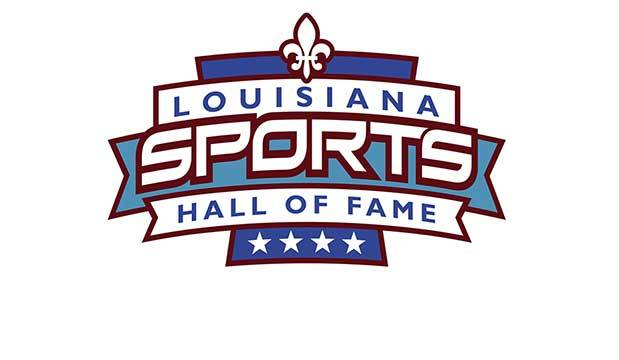 NATCHITOCHES, La. – Cox Sports Television for the 13th consecutive year will showcase the 2015 induction class for the Louisiana Sports Hall of Fame when the annual ceremonies are broadcast on a tape-delayed basis beginning Wednesday night at 7 p.m. CDT.

The telecast, produced in cooperation with the Louisiana Sports Writers Association, will highlight the induction of 11 athletes, coaches, administrators and journalists held on June 27 in front of a capacity dinner crowd of 831 at the Natchitoches Evens Center, the largest crowd to attend the event in the 38 inductions held in Natchitoches.

Hosting the broadcast and serving as the Voice of the Hall of Fame is CST’s own Lyn Rollins, joined again by Louisiana native and news anchor Tammi Arender, along with former LSWA President Kent Lowe.

Also inducted is St. Aug High School championship coach Otis Washington, who served in 1980 as an assistant coach at LSU; NBA star and coach who is now back in coaching at the University of Alabama, Avery Johnson; and, the first horse trainer to be inducted in the hall, Frank Brothers, who won 14 training titles at the Fair Grounds and Louisiana Downs.

Included in the list of inductees are Glenn Quebedeaux of The Daily Iberian and the late Bobby Dower of the Lake Charles American Press who earned the LSWA’s Distinguished Service Award in Sports Journalism; and, Paul Hoolahan, the CEO of the Allstate Sugar Bowl and winner of the Dave Dixon Sports Leadership Award.

The telecast will also include highlights from the La. Capitol Federal Credit Union press conference and reception, the annual golf tournament at Oak Wing in Alexandria, the Friday night tailgate/reception at The Landing restaurant and the highly successful clinic for youngsters at Natchitoches-Central High School sponsored by the New Orleans Saints.

After Wednesday night’s premier showing the 60-minute program will also be broadcast at the following times (All times CDT and additional air times will be announced in August):

For more information on the Louisiana Sports Hall of Fame, check out the Hall web site at www.lasportshall.com.

In October of this year, CST will be celebrating the network’s 13-year anniversary. Since its launch in 2002, CST has grown to nearly 5.5 million viewers, making it one of the fastest growing regional sports networks in the south. The Gulf South Sports Leader can be seen in California, Nevada, Idaho, Arizona, Texas, Oklahoma, Kansas, Missouri, Nebraska, Arkansas, Louisiana, Mississippi, Ohio, Virginia, Connecticut, Rhode Island, Georgia and Florida.

CST is owned and operated by Cox Communications Louisiana, LLC. Initially targeted to be a Louisiana sports network, CST has secured collegiate, professional and high school events that have expanded the networks reach throughout the south. For more information about CST, please visit our website at www.coxsportstv.com.