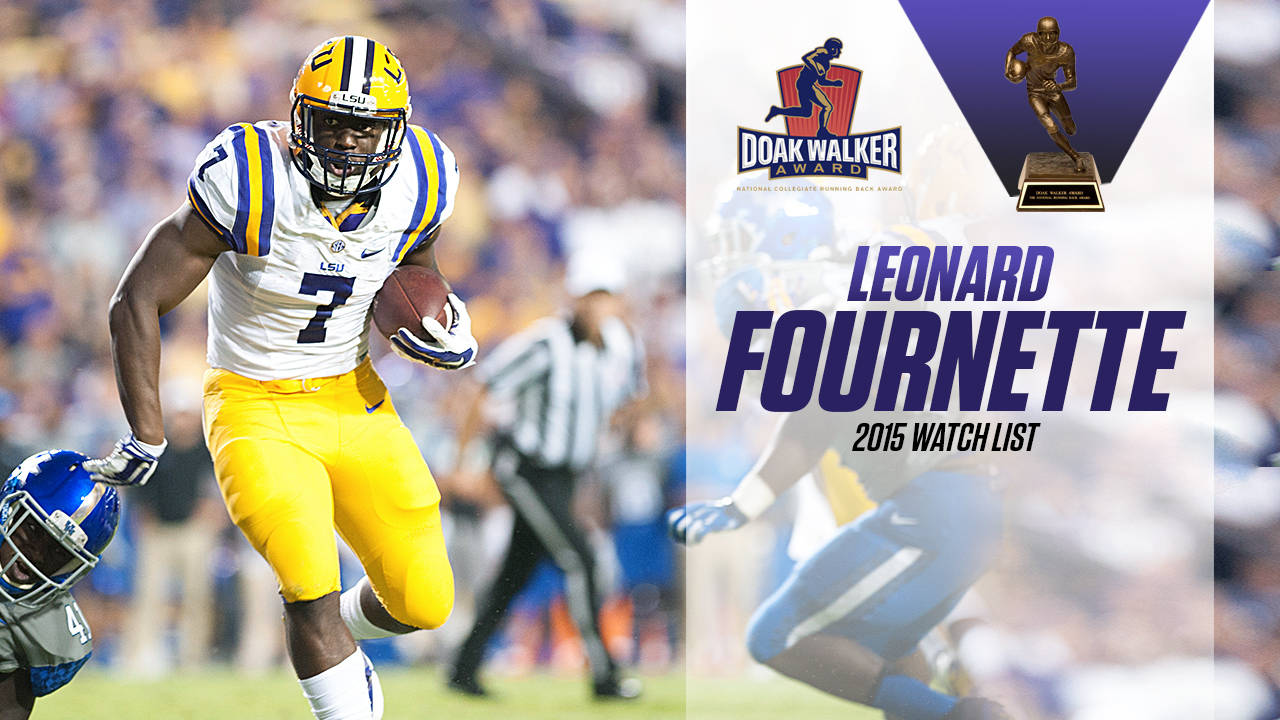 The award is presented annually to the nation’s top college running back.

A 2015 preseason All-American, Fournette made an immediate impact as a true freshman in 2014 when he set the LSU freshman rushing record with 1,034 yards and 10 touchdowns.

Fournette, who also handled kickoff returns a year ago, led the Southeastern Conference in all-purpose yards at 137.4 per game, and he ranked fourth in the league in kickoff returns at 26.0 per return.

He closed his freshman season with a flurry, rushing for 146 yards and a touchdown in a win at Texas A&M and followed that with 143 rushing yards and two touchdowns, including an 89-yard scamper, against Notre Dame in the Music City Bowl.

Fournette also added a 100-yard kickoff return for a touchdown against Notre Dame as he finished with a career-best 264 all-purpose yards.

Ten semifinalists for the Doak Walker Award will be announced on Nov. 17, and the three finalists will be released on Nov. 24.

The winner of the 26th annual Doak Walker Award will be announced during The Home Depot College Football Awards Show on ESPN on Dec. 10.