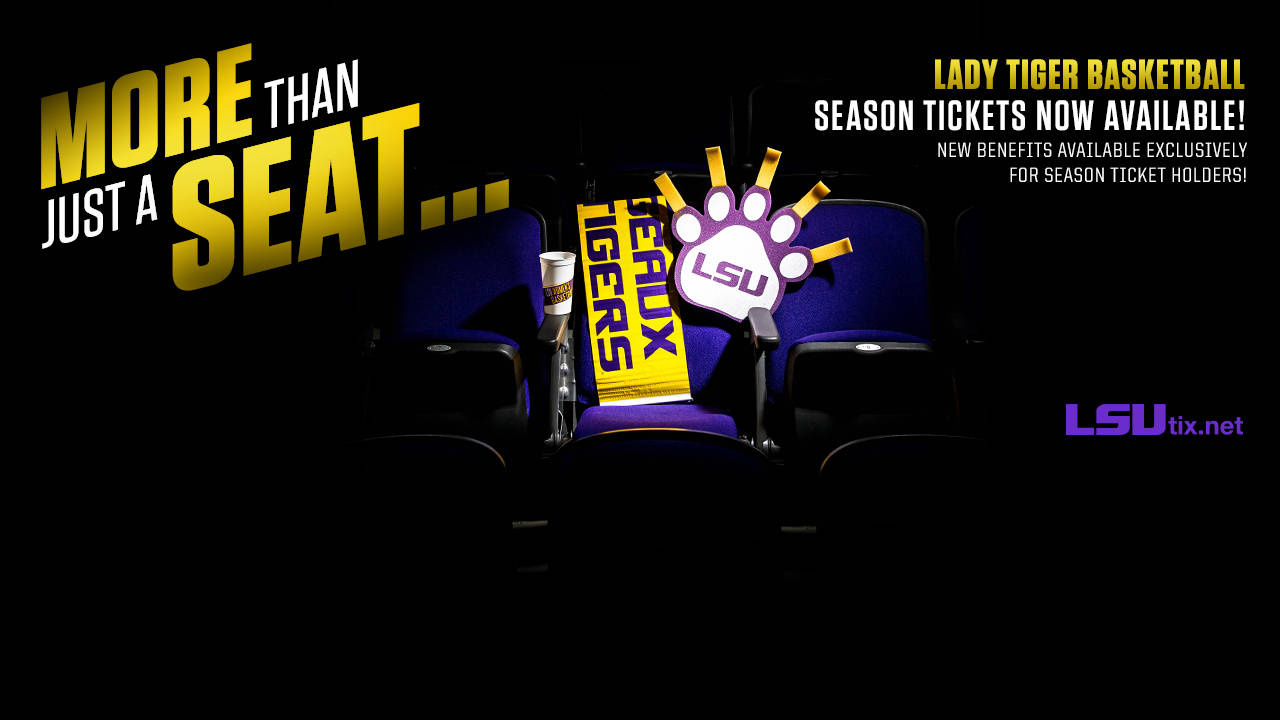 BATON ROUGE – The LSU Athletics Department announced the start of its summer season ticket campaign, ‘More Than Just a Seat,’ for the upcoming 2015-16 women’s basketball season.

LSU will host pregame receptions that will feature food and refreshments for season ticket holders during select home games throughout the season. Season ticket holders also will have the chance to attend ‘Chalk Talks’ with head coach Nikki Caldwell prior to one nonconference and one SEC game.

Season ticket holders will be entered for the opportunity to deliver the game ball on the court prior to tipoff, serve as a guest coach and sit behind the bench during a game, tour the new locker room and practice facility and win tickets to the program’s banquet at the end of the season.

The ‘More Than Just a Seat’ campaign will be spotlighted in the Baton Rouge community via print, billboard, online and social media advertising.